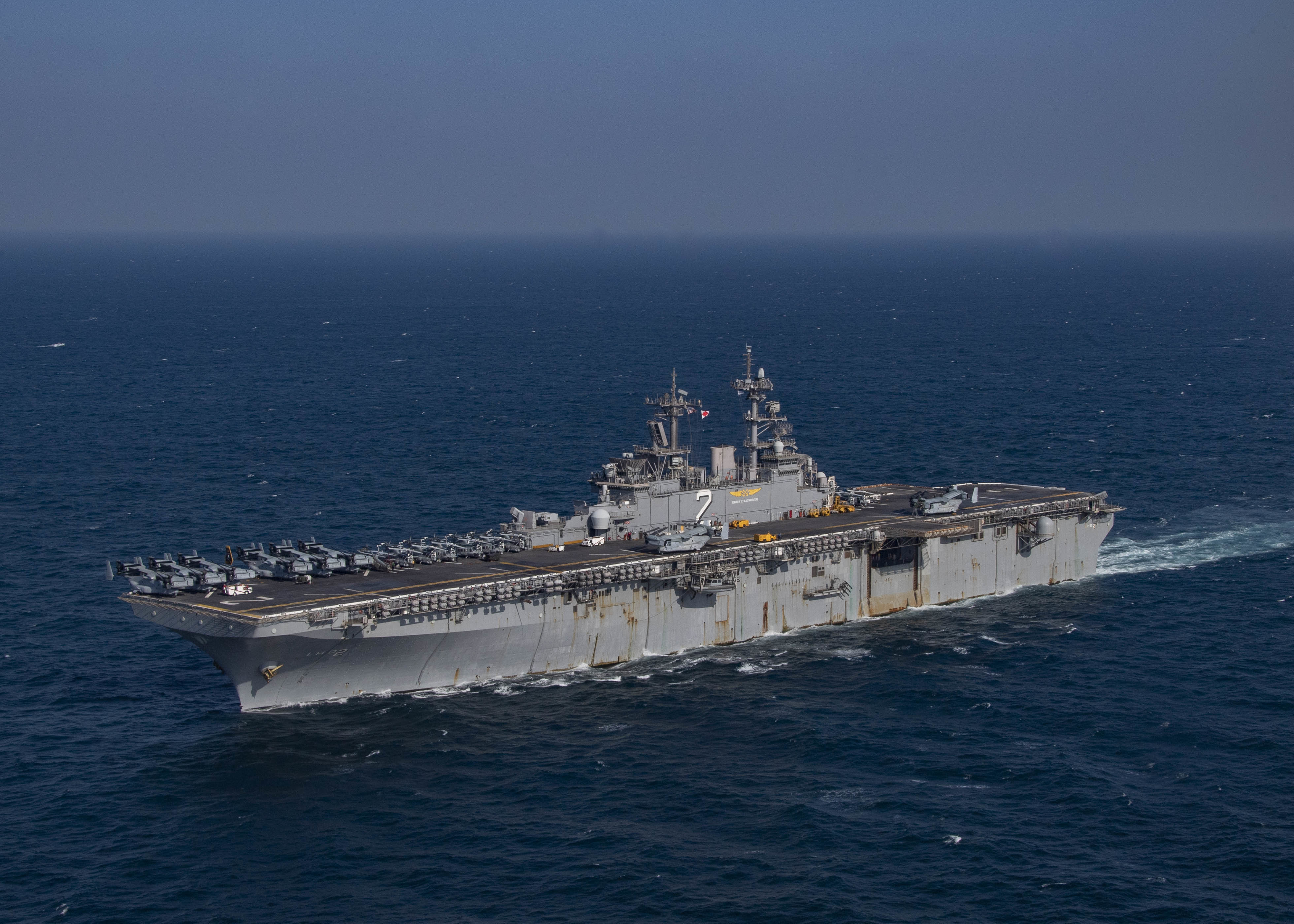 An Iranian Navy helicopter came within 25 feet of the USS Essex (LHD-2) while the ship was in the Gulf of Oman, the Pentagon confirmed Monday.

USS Essex is in the Persian Gulf after doing training with the Royal Navy’s aircraft carrier HMS Queen Elizabeth (R08) in the Gulf of Oman on Nov. 8, according to USNI News’ Fleet and Marine Tracker.

The Iranian helicopter flew within 25 yards of the Essex’s port side, said Pentagon Press Secretary John Kirby during his Monday press briefing. The helicopter flew as low as 10 feet off of the water’s surface and circled the ship three times.

“It operated in an unsafe and unprofessional manner,” Kirby said.

There was no impact to the Essex’s operations or its ability to sail, he said, reiterating that the helicopter acted unprofessionally and dangerously.

Kirby did not go into details about what actions the Essex crew took when pressed by reporters, although he said that the naval warship acted within international law. The commander of Essex did what was in the best interest of the ship and crew, Kirby said.

“There are rules of engagement, that I’m not going to speak to from the podium, that our commanders have at their disposal to deal with potential threats,” Kirby said. “And when you have another armed force, in this case, the Iranian Navy that flies like this, you definitely run the risk of some sort of escalation and a miscalculation or on either side here, and that’s not helpful. This one ended peacefully but it doesn’t mean it was safe and professional.”

Kirby told reporters that questions should be directed at the Iranian government about the use of their pilots to fly so close to an American warship.

#BREAKING @PentagonPresSec says Iranian helicopter approached USS Essex in Sea of Oman & operated in an "unsafe and unprofessional manner," flying approximately 25 yards off port side of Essex at one point as low as about 10 feet off surface of ocean & circled ship 3 times – VOA pic.twitter.com/qer7bvtCb0

The incident with Essex comes after the Vietnamese-flagged merchant tanker M/V Sothys left the Iranian port Bandar Abbas after Iranian Islamic Revolutionary Guard Corps Navy took control of it in the Gulf of Oman on Oct. 24.

USS The Sullivans (DDG-68) and USS Michael P. Murphy (DDG-112) were investigating a suspected crime when they were approached by the IRGCN, USNI News reported.

An Iranian state-sponsored news outlet reported that the two ships had tried to detain Sothys with the IRGCN forcing them away. Kirby denied the accusations during a press conference last week but would not go into details.