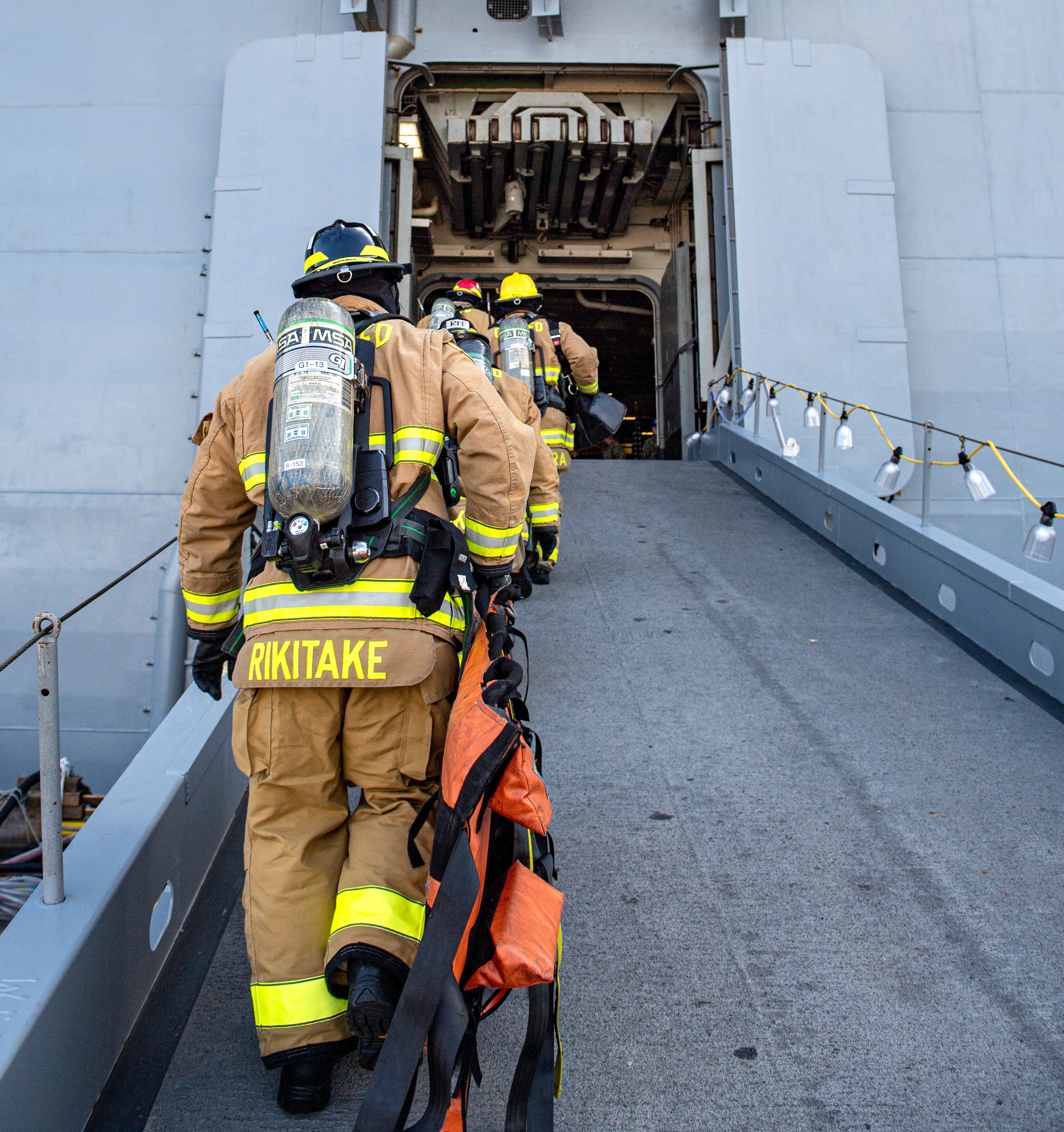 Accountability is key to managing risks across all the communities in the Navy and Marine Corps, the admiral heading the sea service’s newly established safety command said Thursday.

Rear Adm. Frederick Luchtman, speaking at a Navy Memorial online event, said the command wants to find the proper balance between accountability and blame. Starting in June, teams of “safety professionals will be going out to observe and look for compliance” or non-compliance with safety instructions and standards and also how well organizations self-correct identified shortfalls.

He estimated that the Navy loses about $1 billion annually to mishaps; and this does not include the total write-off of Bonhomme Richard (LHD-6) destroyed in a deliberately set fire in 2020. A sailor has been charged with arson in the case. An investigation into the causes of the fire identified 36 individuals with some level of responsibility but the Navy has yet to announce punishments for those involved in the fire.

In response to a later follow-up question, Luchtman added the “safety professionals” are now undergoing training to better understand what they are looking at when they are observing the very different demands of aviation activity, submarine or surface operations and the running of an installation.

He called this time spent in developing command processes and staff training as “think space.”

“They need to understand what they’re looking at to truly assess [safety] compliance,” Luchtman said.

The idea “is not to throw blame on that sailor or Marine … or even on their chain of command” for a mishap, he said. “We want to know why” and “how does [understanding it] help with risk management across the fleet.

The visits will either on short or no notice, he added.

“Statistics are just that” without “the context of time and space,” such as training, awareness of proper procedures and non-compliance with safety standards, Luchtman said. “We drown ourselves in charts” when the reality is the number of incidents remains just about the same over the course of the last 30 years.

The question should be: “what were the crucial factors” that caused the mishap like the 2017 collisions at sea and the lack of firefighting skills aboard Bon Homme Richard when it was in for overhaul. It also means knowing how those factors can affect the entire organization, not just a single ship, a squadron or an installation.

The goal is to have the sea services as an organization “absorb all the lessons of that mishap,” communicate those findings and then apply them across the fleet through a top-down, enterprise-wide Safety Management System, Luchtman said.

This way, the Navy and Marine Corps will be staying “left of the bang” that caused the incident and what is being changed with that knowledge. Luchtman said this approach is very much in line with Chief of Naval Operations Adm. Michael Gilday’s speech earlier this year that the Navy needed to “get real, get better.”

Luchtman said the CNO was directly speaking to Navy leaders in the “get real, get better” campaign.

In his January broadcast speech to the Surface Navy Association, Gilday said, “The gap between our most and least capable performers is too large. There is unacceptable variability in our performance. This variability cuts across different units, organizations, and communities, both at sea and ashore.”

The two-star Safety Command was stood up in Norfolk about a month later.

Gilday said at the ceremony standing up the command, “risk follows us around 24 hours a day, seven days a week. There is no escaping it.”

Luchtman commanded the service’s safety center, which historically collected data on mishaps, through its transition to the command.

During the Navy Memorial event, Luchtman added Gilday’s memo gave him the needed authorities to ensure that risk is assessed and managed in a deliberate manner. More to the point, the command’s senior officer directly reports to the secretary of the Navy and chief of naval operations.

What will not change is the work of the investigative branch and the safety promotion branch from what it was doing for the center and will do in the command.

“The analytics piece will not change too dramatically,” Luchtman said.

In addition to looking to different Navy communities and sister services for examples of organizational good practices, he said the Royal Australian Air Force and the U.K. Royal Navy were especially helpful. At Chevron, Delta and Maersk shipping, he found they “talk about risk in a little different way” than the armed forces. They have concerns about financial implications and brand credibility whenever a mishap occurs.

But the military and the commercial sector all used a “top-down approach” to understanding risk and ways to control it across all operations.

“What the CNO is driving for is a culture of learning [that is] not isolated to one community,” he said.