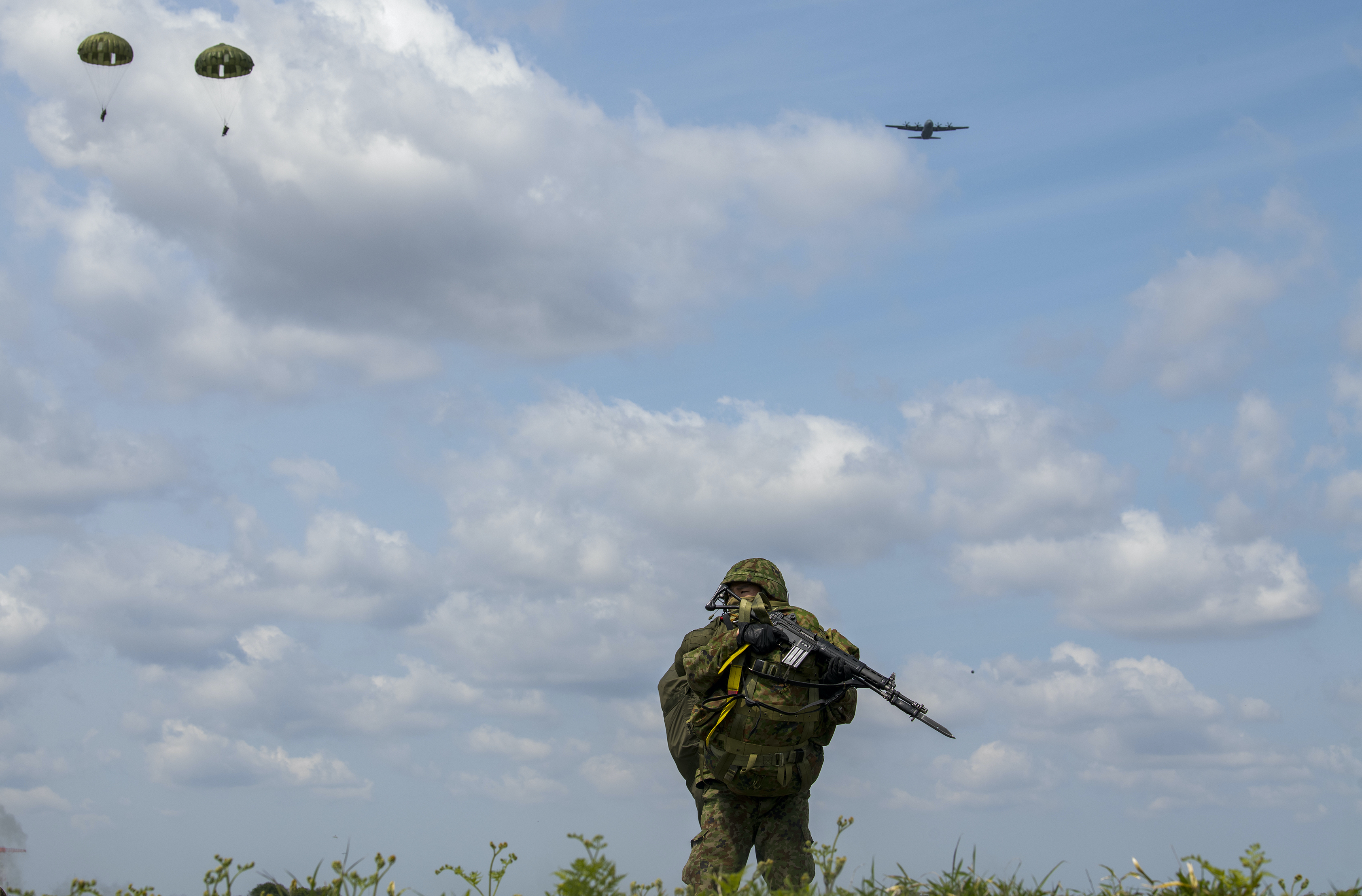 Japan must develop counterstrike capabilities in coordination with the United States to deter the “more serious imminent threat” from North Korea and the newly accelerated threats from China and Russia in the Northern Pacific, two Japanese lawmakers said Tuesday.

Speaking at the Center for Strategic and International Studies, Itsunori Onodera, a member of the Japanese House and a former defense minister, said through a translator that Tokyo “must be prepared for a compound situation” of threats from three potential adversaries in a very different security environment than in 2013. That was the last time Japan overhauled its defense and security strategies.

To underline that point, he cited recent Chinese and Russian joint military exercises that Presidents Xi Jinping and Vladimir Putin attended. Having the leaders of the two nuclear powers present at the exercise “was rather chilling” to the Japanese, he said.

Japan has been engaged in territorial disputes with both Russia and China since the end of World War II.

“Counterstrike capability is not a single issue,” said Masahisa Sato, a member of the House of Councillors, which is the upper chamber in the Japanese Parliament. He added that developing it is important in the Japanese strategy of “deterrence by denial.” He stressed Tokyo “is not engaging in first strike,” barred by its post-World War II constitution, in developing this technology. He hopes to have counterstrike fielded in five years.

Both Sato and Onodera play key roles in developing what will likely be Tokyo’s new defense and security strategies.

As for potential basing, Sato, a former foreign minister, suggested Hokkaido as a site, with the U.S. Army also stationing soldiers there with medium-range the High Mobility Artillery Rocket System, or HIMARS, and its vehicles.

“You’ll have to hit the other country’s territory” for effective counterstrike, said Onodera, one of the authors of Japan’s 2013 strategies. Sato estimated that China had 1,900 missiles in its arsenal and said Beijing has ratcheted up tensions in the Taiwan Strait in recent months. It’s also continuously probing Japanese air and maritime defense forces to test response time. As an example of that, China sent an eight-ship carrier strike group through the Miyako Strait this week as it sailed to the Pacific.

Japan’s new strategies, developed by the Liberal Democratic Party, have been sent to Prime Minister Fumio Kishida. Adding the counterstrike capability to the strategy, however, remains controversial with the party’s coalition partner in the government.

Of equal concern to the Komeito party is the Liberal Democrats’ five-year plan to boost Tokyo’s defense spending to 2 percent of its gross domestic product. This is in line with the goal set by NATO in 2014 following Russia’s seizure of Crimea from Ukraine.

“You’re looking at roughly doubling” of Japan’s defense spending, said the Council of Foreign Relations’ Sheila Smith. If the spending plan is adopted as proposed, there would no longer be annual debates on defense spending. “Those monies have to come from somewhere,” she noted, referring to a major concern for future domestic spending if GDP slips.

The proposal will not count Japan’s coast guard or military pensions in reaching the 2 percent goal.

The increased spending plan was in line with Germany’s promise after Russia’s February invasion of Ukraine to also meet the 2 percent goal. It projects greater spending on cyber, space, research and development and to “boldly make use” of the commercial sector and universities in those domains, Onodera added.

Smith said the other question is “what do you want to spend the money on?” She and Onodera both emphasized the importance of sustainability and resiliency in reassessing the total acquisition lifetime costs of systems and platforms. With new systems, like counter-strike, coming into the Japanese arsenal, there could be a “roles and missions balancing act” needed with Washington, D.C., under terms of the alliance, she added.

The two lawmakers were in the United States meeting with administration officials to explain Japan’s proposed strategies and changing posture on defense spending.

Looking at Taiwan, Sato said the U.S. needs to drop its “strategic ambiguity” policy toward Taiwan and make clear the U.S. will come to its defense. He added that Taiwan is vital to Japan and South Korea as a sea lane through which their oil shipments flow. The island is the main source of semi-conductors for both nations’ high-tech industries, as well as for the United States. Japan and South Korea also need to make clear their stance on Taiwan if it is attacked by China, he said. 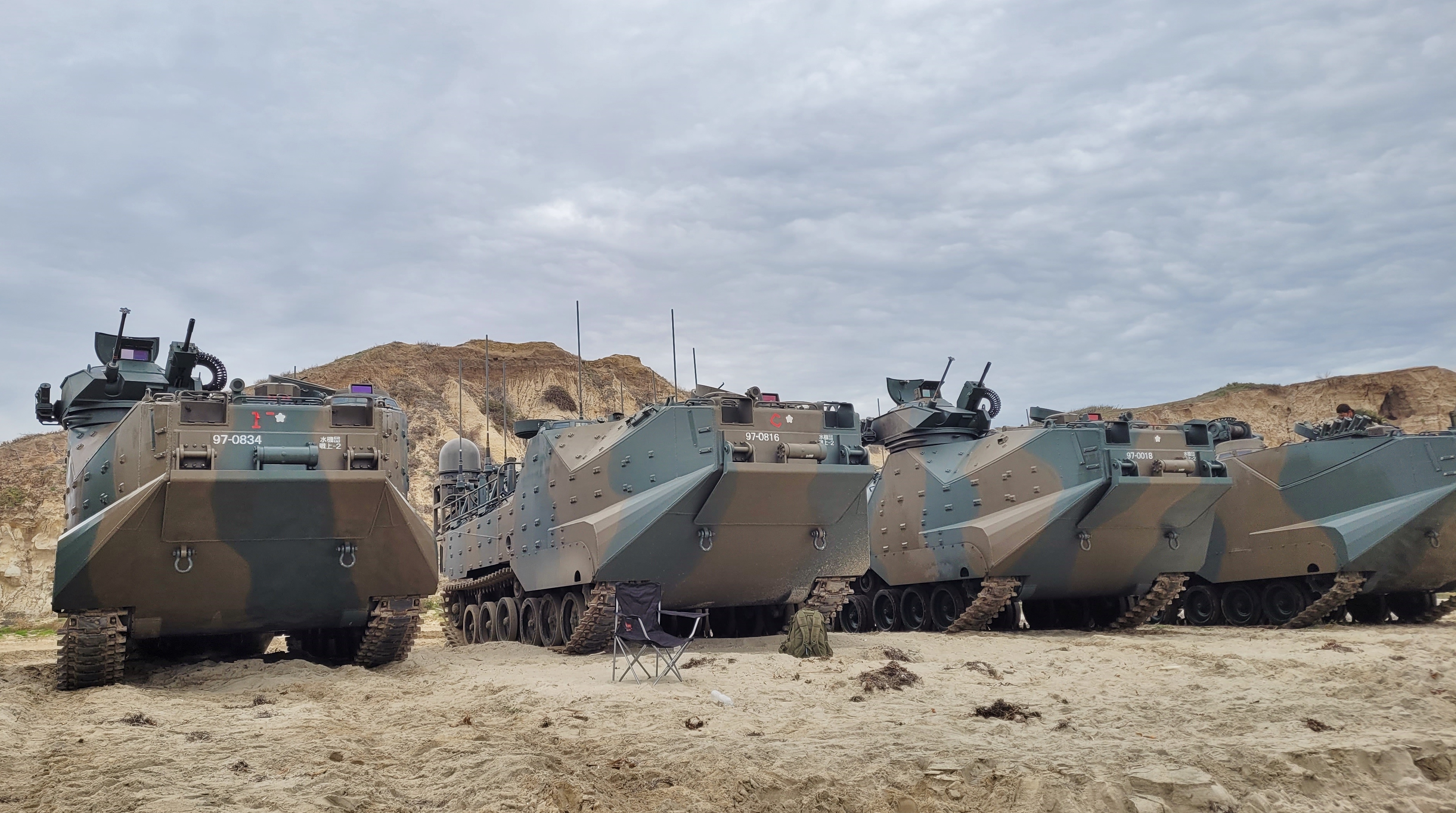 If a crisis over Taiwan turned to conflict, Smith said Japan would likely be involved since it hosts a number of U.S. bases like Kadena Air Base and Sasebo Naval Base and the U.S. Marine Corps maintains a large presence on Okinawa.

“What happens once it begins?” Smith asked, referring to the possibility of China striking bases in Japan to cut off outside military support to Taiwan. Of particular concern now in light of the Kremlin’s threats to use tactical nuclear weapons in the Ukraine war is China adopting the same warfighting doctrine to get its way with Taiwan.

“These are weighty issues that must be discussed,” said Onodera.

Onodera said Japan in the future needs to work more closely not only with South Korea and the U.S., but also with India and Australia on security issues across the Indo-Pacific, as well as the Association of South East Asian Nations and the European Union to reach a goal of having a “free and open Pacific.”