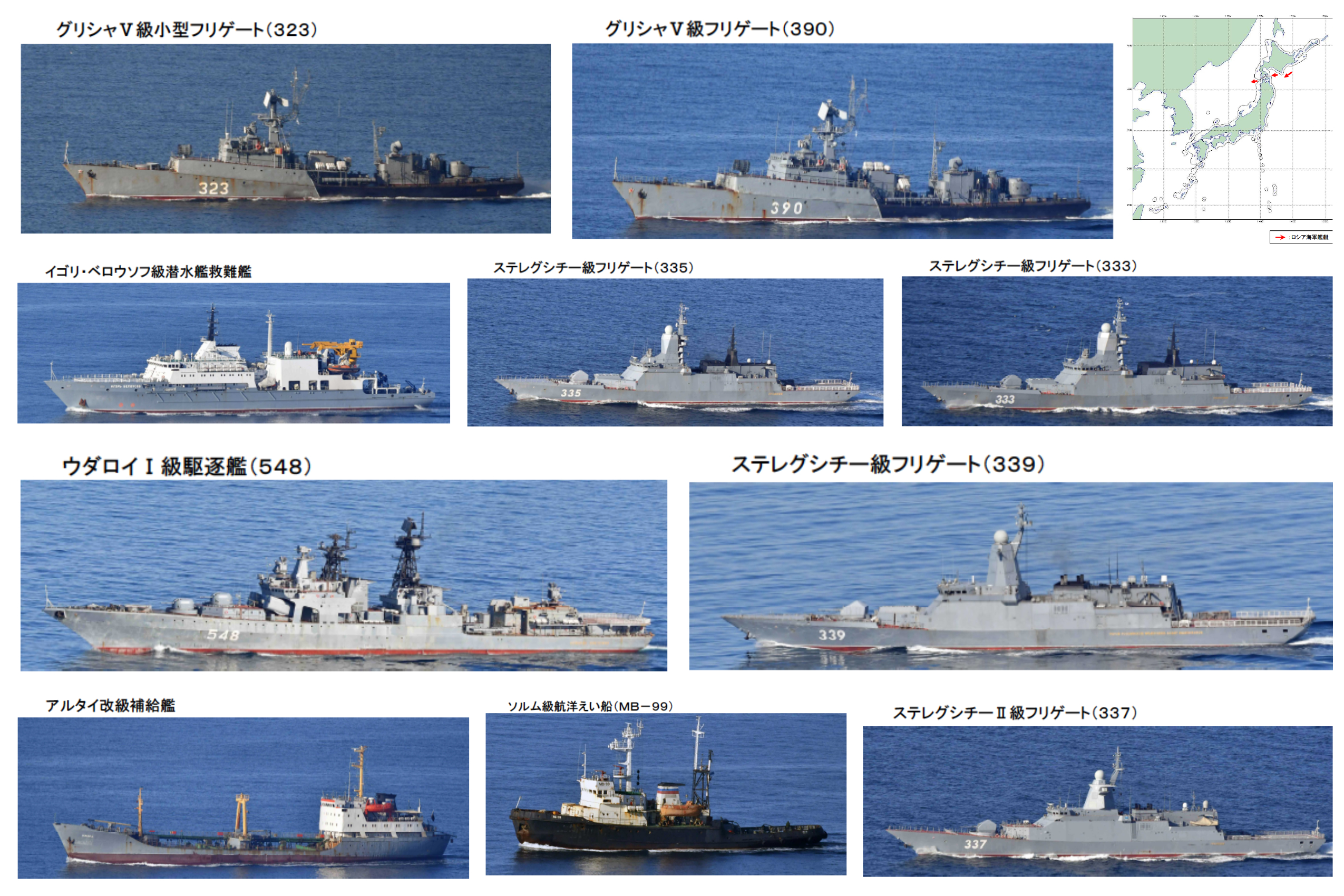 Japanese officials are raising concerns over a ten-ship Russian naval group that transited from the Pacific Ocean to the Sea of Japan via the Tsugaru Strait between Honshu and Hokkaido on Thursday.

The warships, belonging to the Russian Pacific Fleet of the Russian Navy, had been previously seen in February operating in the southern part of the Sea of Japan and in the Sea of Okhotsk, according to the Friday release from Japan’s Joint Staff Office.

The surface action group was spotted sailing about 112 miles east-northeast of Cape Erimo, at 2:00 am Thursday, and subsequently sailed west through the Tsugaru Strait into the Japan Sea. The destroyer JS Makinami (DD-112), minesweeper JS Izushima (MSC- 687) and P-3C Orions of Fleet Air Wing 2, based at Hachinohe Air Base, carried out monitoring and surveillance of the Russian ships, according to the release.

The Russian ships were part of the Russian Pacific Fleet’s elements taking part in the global, large-scale naval exercises carried out by the Russian Navy from January to February with the exercise then viewed with concern by Western nations and Japan.

Japan Defense Minister Nobuo Kishi, in a press conference on Friday, said since February, the Russian Navy has been conducting large-scale maritime exercises in the Sea of ​​Okhotsk and other areas in order to show off its ability to operate in the east and west in response to the actions of the Russian military around Ukraine.

Kishi added that Japan viewed the increasing Russian military activity in its vicinity with great concern given the current situation, though Japan was responding to such via diplomatic channels. 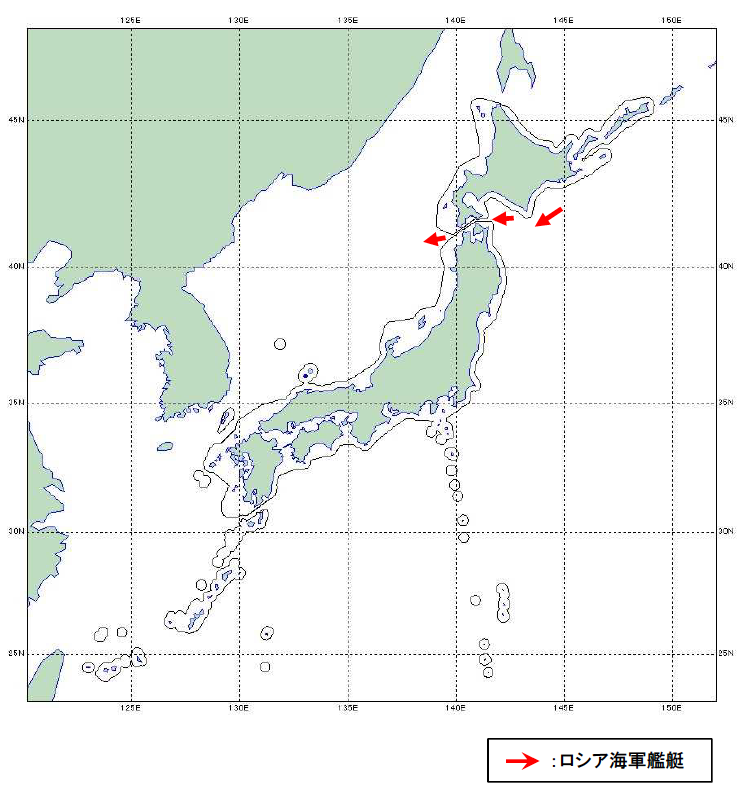 In other developments, the Japan Maritime Self-Defense Force (JMSDF) announced on Friday that the destroyer JS Suzutsuki (DD-117) would embark on a training deployment from March 12 until April 28 with port calls in Cam Rahn Bay in Vietnam, Changi Naval Base in Singapore, Subic Bay in Philippines and Guam.

The Australian Navy also announced on social media on Friday that the frigate HMAS Arunta (FFH151) made a replenishment at sea with the Indian Navy’s replenishment ship INS Shakti (A57) during the recent MILAN international naval exercise held by India, marking the first time the Mutual Logistics Support Arrangement between India and Australia signed in June 2020 was used.