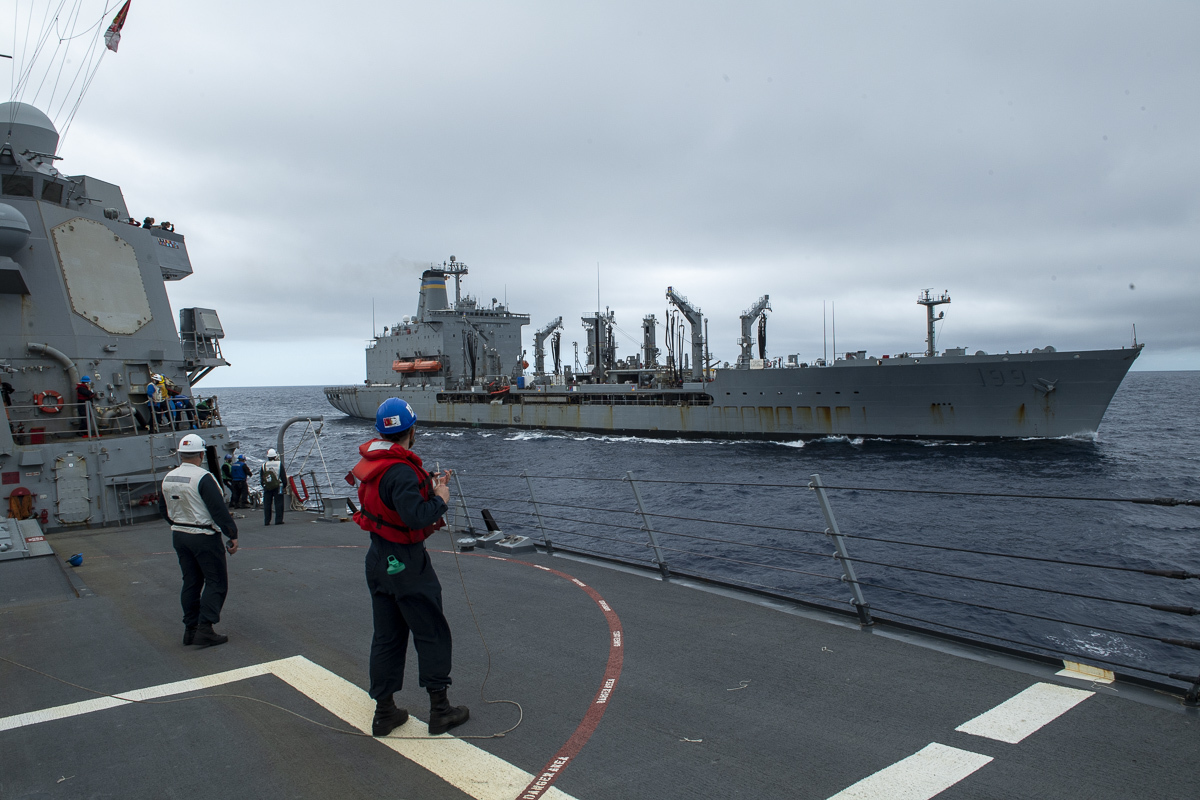 Sampson‘s transit through the strait was a routine operation and was done in accordance with international laws, according to a statement from U.S. 7th Fleet.

“The ship’s transit through the Taiwan Strait demonstrates the United States’ commitment to a free and open Indo-Pacific,” according to the statement. “The United States military flies, sails, and operates anywhere international law allows.”

Last week, sailors aboard Sampson participated in a Visit Board Search and Seizure drill as part of the ship’s operations in 7th Fleet, according to the sea service.

The CSG, with Sampson, departed for its scheduled deployment on Jan. 3.

USS Ralph Johnson (DDG-114) transited the strait on Feb. 28, which China saw as U.S. assurance to Taiwan since the operation was done during the early days of the Russian invasion into Ukraine.

U.S. 7th Fleet said the transit was a routine operation.

China has not made similar comments about Sampson‘s transit.