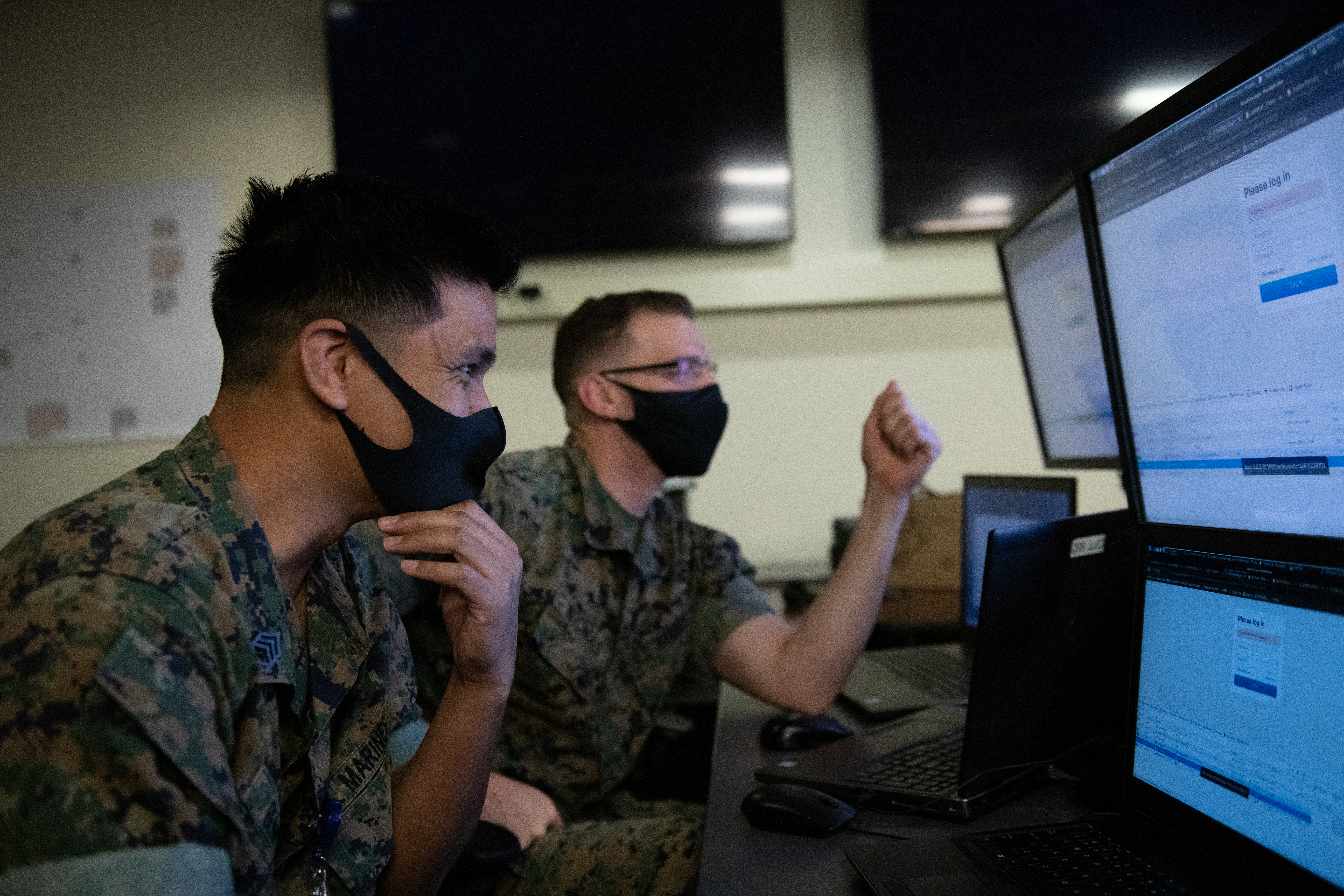 Speaking at the 2022 Sea AirSpace conference, Heritage added, “it’s a constant feedback loop” from the schoolhouse to the field covering all ranks as to what is needed from kill chain speed to logistics. This constant feedback will take on added importance as the Defense Department launches its Joint All Domain Command and Control, know as JADC2, data-driven platform.

He said the Marine Corps has already added military occupational specialties in cyber and space to address the need for specialized skills and developed career paths for enlisted Marines and officers.

He said this drive to modernize organization and operations comes from Marine Corps Commandant Gen. David Berger’s initial guidance to revamp the service for conflict in 2030 and also the stand-in forces concept, which will need require data to flow both to and from Marines as the situation changes.

“If we wait [for] the acquisition system to work through [what’s needed for JADC2], we’re probably too late,” Angel Smith, director of Microsoft’s Mission 360, said. She added “open source” technology for imagery and more are moving rapidly forward and the Defense Department must take that into account as it advances JADC2.

Smith, a Marine Corps veteran, said the approach in industry to using advanced technologies, especially software, is “how can we make it easy, what are you trying to accomplish” that can be applied to the military or national security needs “from the tactical level to the strategic level.”

“We need to be smarter about how we move [data] around,” so “only the most important information” is transmitting to the recipient, she said. In the commercial sector, there is an emphasis on “constantly looking at ways to do [things] more efficiently,” which the military can use to its advantage. That flexibility and questioning allows for coming up “with solutions not thought of before.”

Gregg Bell, vice president of electro mechanical systems at Cobham Advanced Electronic Solutions, said the military can learn from industry the value of bundling, which is applicable to artificial intelligence and machine learning; product standardization and also grasping the speed at which 3D printing can address specific needs.

But industry also can learn from the armed services, Heritage said. Lessons applicable to the commercial sector are resiliency in systems and software and being platform agnostic. Looking to industry, he said, “we [in the armed forces] need something that supports all warfighting functions” under extremely tough conditions.

Cmdr. Damon Melidossian with the Pentagon’s Space Development Agency said, “we need to stay competitive in a national security environment,” and that means having industry constantly innovating the capabilities of its low-orbit small satellites.

One aspect of this low-orbit satellite constellation will be tracking and destroying hypersonic weapons. He said by 2025 the agency would have 28 satellites positioned to track hypersonic or other advanced missiles “right of launch” and “knock it out of the sky before it can hit” a target “on any body of water or land.”

The agency will also place 128 “transport satellites” to feed data across the services and combatant commands, Melidossian said.

“Every two years we will be putting up satellites through the end of the decade” to meet those missions, and the agency is looking for improvements in capabilities with each launch tranche. For industry, “resiliency is key” when working on national security issues, Melidossian added.

Bell said industry has much to learn from the military about survivability and the value of interoperability across all sectors.

Heritage said that is apparent in the need for “zero trust” in both military and civil uses – like weather data, and commercial networks where state actors, gangsters, terrorists or hackers can wreak havoc and not only on the supply chain..

Smith said the example of what happened to the Colonial Pipeline operations sending energy to the Midwest and East Coast demonstrated how vulnerable key infrastructure is to disruption.

“Our adversaries have absolutely muddied the waters. Unfortunately, the enemy gets a vote” in how to do it, she said.