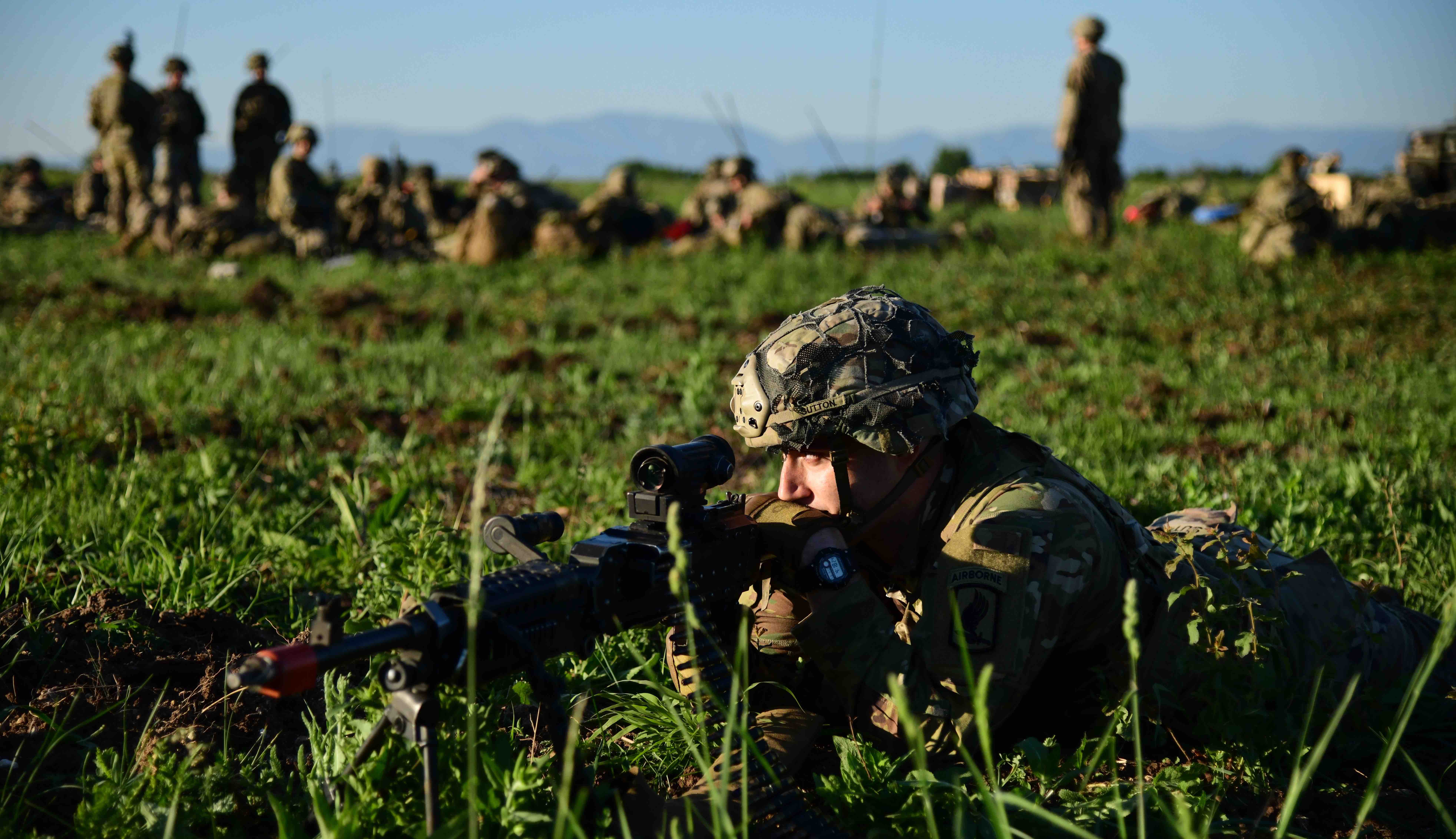 A U.S. soldier from 173rd Airborne Brigade pulls security for his squad after a nighttime airborne assault from Hungary into Cheshnegirovo Air Base, Bulgaria as part of Swift Response 21, Cheshnigirovo, Bulgaria, 11 May, 2021. US Army Photo

The presidents of the three Baltic nations agree the time of providing “tripwire” forces to NATO’s eastern front is over and must be replaced with a strengthened “forward defense” to deter future Russian aggression in Europe.

Speaking at an online Atlantic Council forum Tuesday, Lithuanian President Gitanas Nauseda said his country continues to face a “serious threat” along the Suwalki Gap, the 80-kilometer stretch of territory between Kaliningrad, home to large Russian naval base on the Baltic, and Belarus, a key Kremlin ally in the invasion of Ukraine.

It has only been 11 years since the last Russian soldier left Lithuania while still stationing forces nearby, Nauseda said. Kremlin attacks on neighboring states like Moldova, Georgia and in Ukraine’s Crimea and eastern provinces have not stopped but accelerated with the unprovoked attack on Kyiv last month.

Nauseda, along with Alar Karis, president of Estonia, and Egils Levits, president of Latvia, applauded the alliance’s decision last week to step up military assistance to Ukraine and send more alliance battle groups to member nations from the Baltic to the Black Sea at the same time. 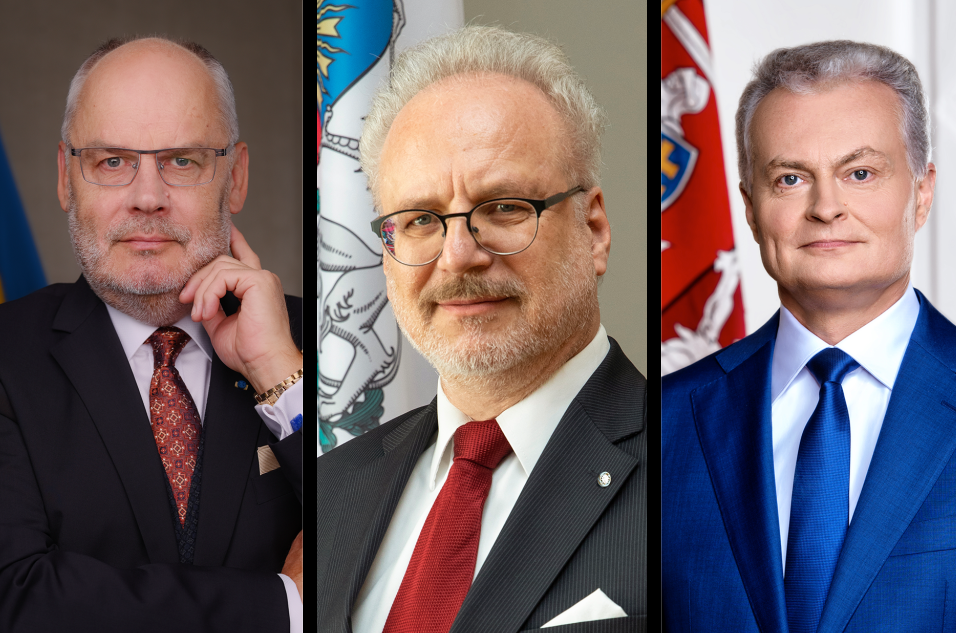 The movement of more forces eastward sends “a very strong signal to Moscow we’re ready to defend the territory of NATO,” Levits said. The additional battle groups brings to more than 9,000 NATO soldiers to Latvia. These forces have come primarily from the United States, United Kingdom and Germany.

All three wanted a permanent beefed-up presence for eastern Europe on the NATO agenda for June’s meeting in Madrid. Having a long history of Russian occupation following World War II, the three were admitted in 2004 to the alliance.

Madrid will be “where concrete decisions will be made” on permanent forward stationing is made, Levits added.

Nauseda said increased NATO presence to the Baltic states also means moving in advanced systems and other equipment, especially air and missile defense weapons to the Baltic states as well as more air and ground forces. For Lithuania’s part, it has already increased its spending on security and has begun improving infrastructure to better facilitate the movement of NATO forces and equipment to his nation and stationing there.

With the Russian invasion stalemated in Ukraine, the possibility of Moscow using chemical or biological weapons or tactical nuclear weapons to get its way “would change the situation completely” of NATO’s response, Levits said.

Nauseda added, “in recent weeks, Russia has crossed so many red lines” by invading Ukraine, “NATO should be very decisive in its response” if weapons of mass destruction were employed. Without spelling out an exact alliance response, Nauseda said military options should be on the table in that case.

Karis said the Kremlin’s use of weapons of mass destruction in Ukraine could drive long-time alliance partners Finland and Sweden to seek NATO membership.

On imposing a “no-fly zone” over all or parts of Ukraine, the presidents said that decision would have to rest with nations capable of carrying out such a mission. Options like a no-fly zone “must be credible,” Nauseda said, and should be aimed at not provoking a Russian escalation.

He suggested no-fly zones around nuclear plants and facilities as a possibility.

As to how the conflict will end, Karis said it cannot end at any price. “I would be very cautious” about negotiations with the Kremlin now, he said.

Levits added, “the territory of Ukraine [must be] restored,” its security stable and the “the Russians should go back.”

The Lithuanian president saw the American and European Union sanctions working in not only hitting Russian oligarchs but reaching its middle class. The pressure, he said, is being felt in Moscow’s financial sector and its exporting of strategic materials and energy, its prime source of foreign revenue. He wanted the United States and Europe to look at means to close any loopholes that Moscow is using to get around the sanctions, “namely China.”

The three said their nations are moving rapidly to reduce their energy dependence on Russian supplies. To fill the gap, the three presidents are looking to the United States for liquified natural gas shipments to meet their future needs.

But “the worse thing that can happen is a frozen conflict” in Ukraine, Karis said, where refugees are left homeless for years.

“We are seeing millions and millions of refugees” fleeing to Moldova, Poland and other eastern European nations, he said. “They have to be integrated” into the societies where they have sought refuge. He added the impact on those nations will be felt in their school and medical systems and the need to provide humanitarian assistance.