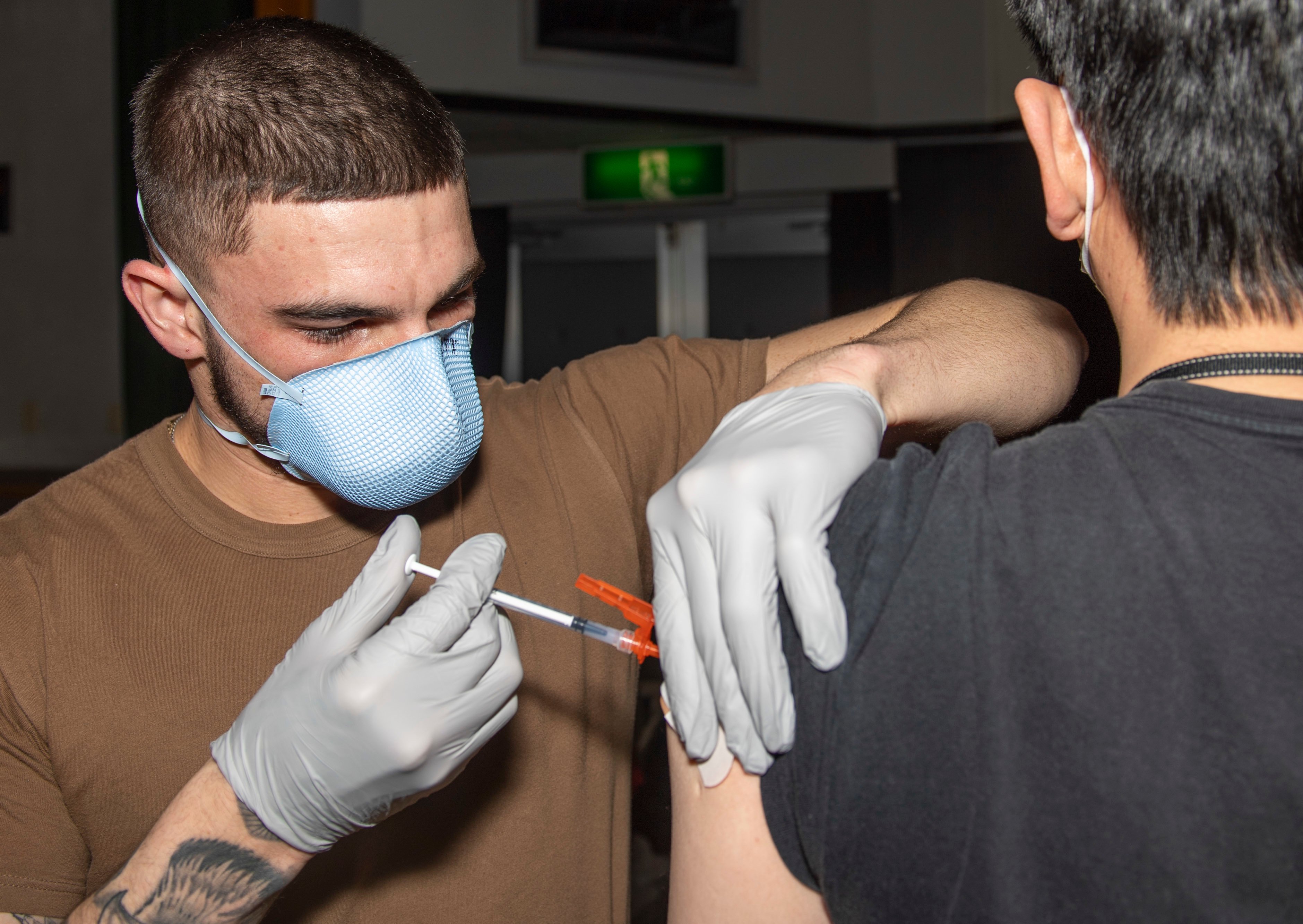 The Navy conditionally approved a religious exemption for the COVID-19 vaccine, the first time for any vaccine in seven years, the Navy announced Wednesday.

The religious exemption was granted for a sailor in the Individual Ready Reserve, according to the Navy’s weekly COVID-19 update, which comes out on Wednesday. However, the person will need to get vaccinated against COVID-19 if they were to be called up into active-duty or reserve status.

The Navy separated 30 more sailors over continued refusal to get vaccinated against COVID-19, bringing the total to 270 separations.

Of the sailors separated, 199 had served less than six years, 48 served more than six years, 22 were in their first 180 days of service and one was a reservist, Lt. Travis Callaghan, a spokesperson for the chief of naval personnel said in an email.

The 246 sailors and one reservist who served more than 180 days were all separated with honorable discharges, according to the Navy’s update.

The Navy now has less than 8,000 sailors and reservists who are not fully vaccinated, a number that includes those with exemptions, those waiting on waiver requests and those in the process of getting vaccinated.

The service has received 3,369 religious exemption requests from active-duty sailors and 812 from reservists. It is not clear how many have been adjudicated.

To be fully vaccinated, a sailor must be two weeks post their second shot of the Moderna or Pfizer vaccine or the one-shot Johnson and Johnson. The booster shot is encouraged but not required.

During a service-wide town hall, Chief of Navy Personnel Vice Adm. John Nowell encouraged sailors to get the additional shot, telling sailors that they’ve already lost too many to COVID-19.

“I’m so proud of the fleet for stepping up and getting vaccinated but now we all need to join the 85 million Americans who have gotten the booster shot,” Nowell said.