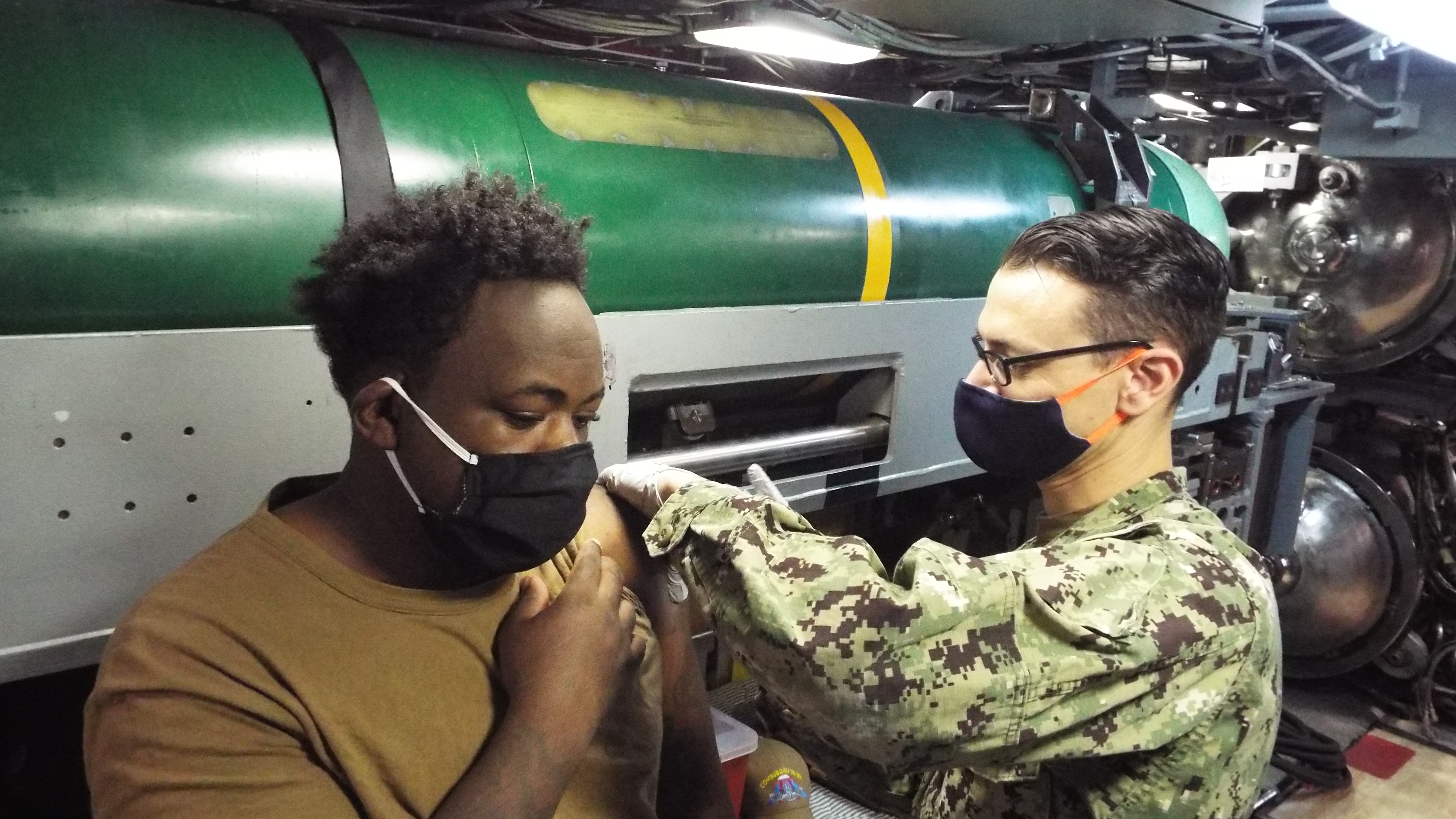 The Navy is accelerating the rate of separations from the service due to refusal to get vaccinated against COVID-19 removing 112 sailors this week, according to the service’s latest COVID-19 update.

Of the 240 total sailors separated for vaccine refusal, 217 had been in the service longer than 6 months, 22 were for sailors who were in for less than six months and one was a reservist.

It was not immediately clear from the release how long the recently separated sailors served. At least 23 of the active-duty sailors already separated served less than six years, USNI News previously reported.

The Navy continues to have more than 8,000 sailors who are not fully vaccinated against COVID-19, although the number does include those who are in the process of getting vaccinated, have an exemption or are waiting for a waiver request to be adjudicated.

The weekly update also did not include the number of sailors who have received the booster shot, which is not mandated. Discussions are still ongoing about whether it will be mandated, Pentagon Press Secretary John Kirby said during a press briefing Wednesday. It will not likely be mandated until it receives FDA approval.

The number of exempted sailors accounts for approximately 6 percent of sailors who are not fully vaccinated.

The Navy granted nine temporary medical exemptions and nine administrative exemptions for reservists, accounting for 0.06 percent of those in the Ready Reserve not fully vaccinated.

The Navy has not granted a religious exemption, despite 3,348 requests from active-duty sailors and 798 from reservists. It is not clear how many of the requests have been adjudicated.

The Navy has not granted a religious exemption in the past seven years to any vaccines, USNI News previously reported.

The Air Force has approved nine religious exemptions, it announced Tuesday, reported Air Force TImes. Of the nine, one of the approvals came as a result of an appeal.