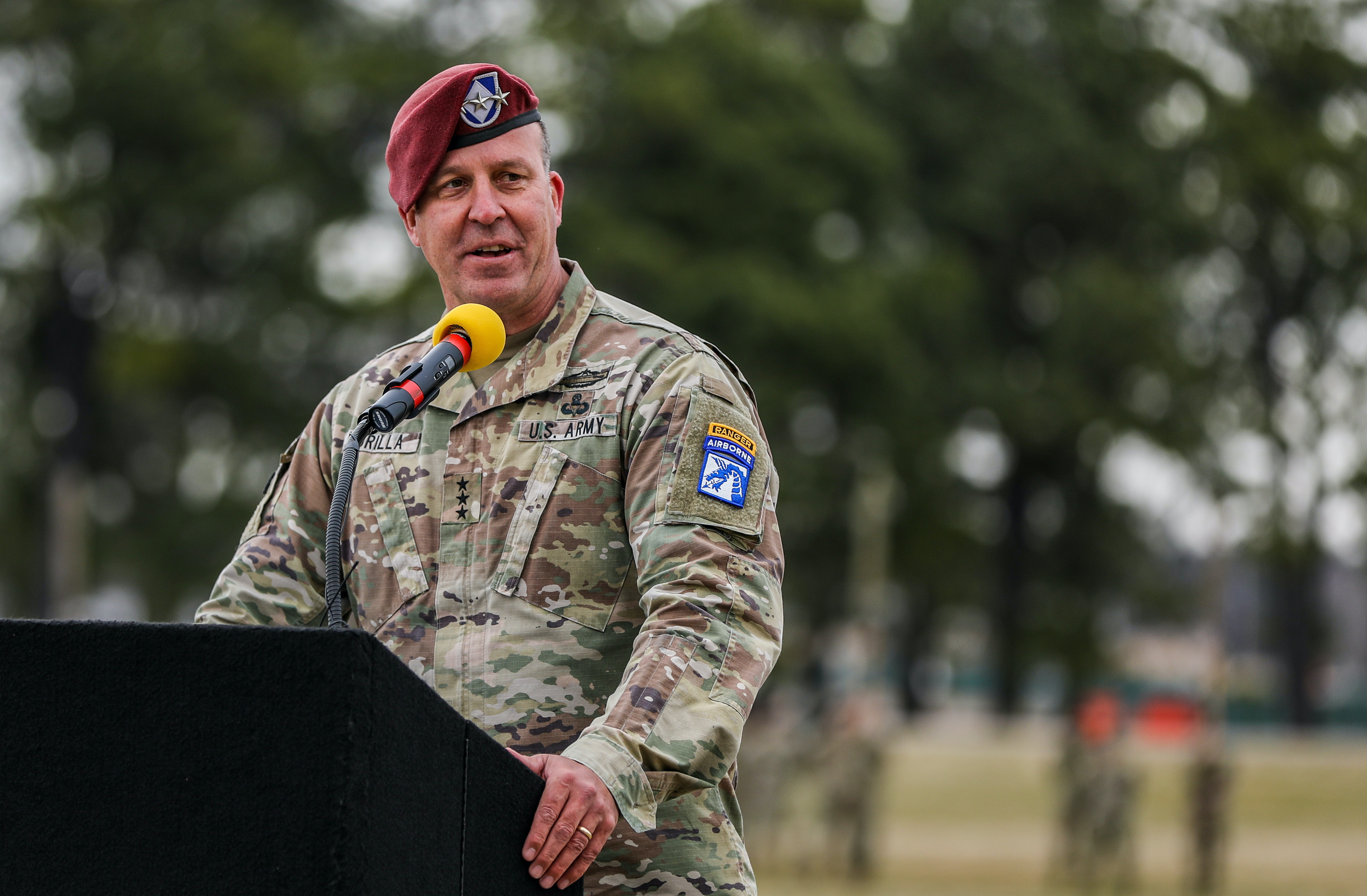 Iran is “the number one destabilizing factor” in the 21-nation region covered by U.S. Central Command, the nominee to head the command testified Tuesday.

Army Lt. Gen. Michael Kurilla, the current commander of the XVIII Airborne Corps, told the Senate Armed Services Committee that Tehran poses “vexing challenges” by developing its ballistic and cruise missile arsenals and introducing long-range armed drones for its proxies like the Houthis to use in Yemen and its nuclear program.

He “was supportive of any enforceable agreement” to prevent Iran from building nuclear weapons.

But he did not go into detail on possible military options when asked about the U.S. response if Iran developed a nuclear weapon.

Attacking Iran’s nuclear capabilities would involve twin dangers: “intellectual knowledge” about nuclear weapons development retained by Tehran’s scientists and engineers, and uncertainty about how Iran would react to strike on those capabilities.

If Iran fielded nuclear weapons, other regional powers like Saudi Arabia could decide to build their own nuclear arsenals, he added, endangering peace in the Middle East.

In addition to its missile arsenal and secret nuclear program, “Iran has a very capable cyber capacity” that could conduct ransomware attacks beyond the Middle East, Kurilla said.

“We must be clear-eyed” about the threats Tehran poses in what “remains a dangerous theater,” he noted. Kurilla added that the Iranians “try to hide their behavior” by using organizations like Hezbollah in Lebanon, Hamas, and the Houthis and Shiite militias in Iraq and Syria to advance their aims citing their shipments of advanced ballistic and cruise missiles to the Houthis to strike the United Arab Emirates and Saudi Arabia and missiles and drones to Iraqi militias to hit American bases there.

The addition of Israel to CENTCOM’s area of responsibility “will help” in meeting the Iranian threats, he said. Kurilla said that if more Arab nations join the “Abraham Accords” with Israel as Bahrain and the United Arab Emirates did, it would open up more economic development and job opportunities across the Middle East.

The accords “are a very good thing,” he said. “They lower the temperature in the room” in the long-standing Israeli-Arab nation dispute.

He added that joining the Abraham accords could be an effective counter to China’s aggressive sales of its “belt and road” infrastructure initiative in the region.

Kurilla said 18 nations in the region have already signed on to these projects, ranging from ports to airfields and highways. A few have also signed on to high-tech telecommunications development from Chinese firms like Huawei to spread availability of 5-G. Saudi Arabia and several others have explored arms sales with the Chinese.

On Afghanistan, he testified that ISIS-Khorasan does “not have the capability yet” to attack the United States. But, like al Qaeda, it has reconstituted its strength since the Taliban took control this summer. Kurilla said he “would have to do a substantive study” to see if there was “room for some relationship” with the Taliban government in confronting ISIS-K and other terrorist organizations. He also saw opportunities to work with Pakistan and Central Asian nations against terrorist organizations that operate on both sides of the Afghan border.

The “biggest challenge” in over-the-horizon monitoring of terrorist organizations in Afghanistan “is having “to rely on another country” for basing long-range unmanned aerial systems and it is “resource intensive” in finding and fixing activity.

To illustrate the pressure on assets, he said the MQ-9 Reaper Drone is capable of flying for 30 hours; but in Afghanistan now it takes 10 hours of flight time to position it and additional time to move back.

Maintaining constant surveillance on a specific area would thus require several MQ-9s. When he served in Afghanistan he told the panel he “had up to a dozen on target routinely.”

Without going into detail, Kurilla said he understood negotiations were underway with a number of nations for basing closer to Afghanistan. He added that the command and other agencies were attempting to re-establish on-the-ground intelligence.

In answer to several senators’ questions, Kurilla said that underplaying or downplaying civilian casualties in an American military operation harms our relationships with other nations and can fuel insurgencies.