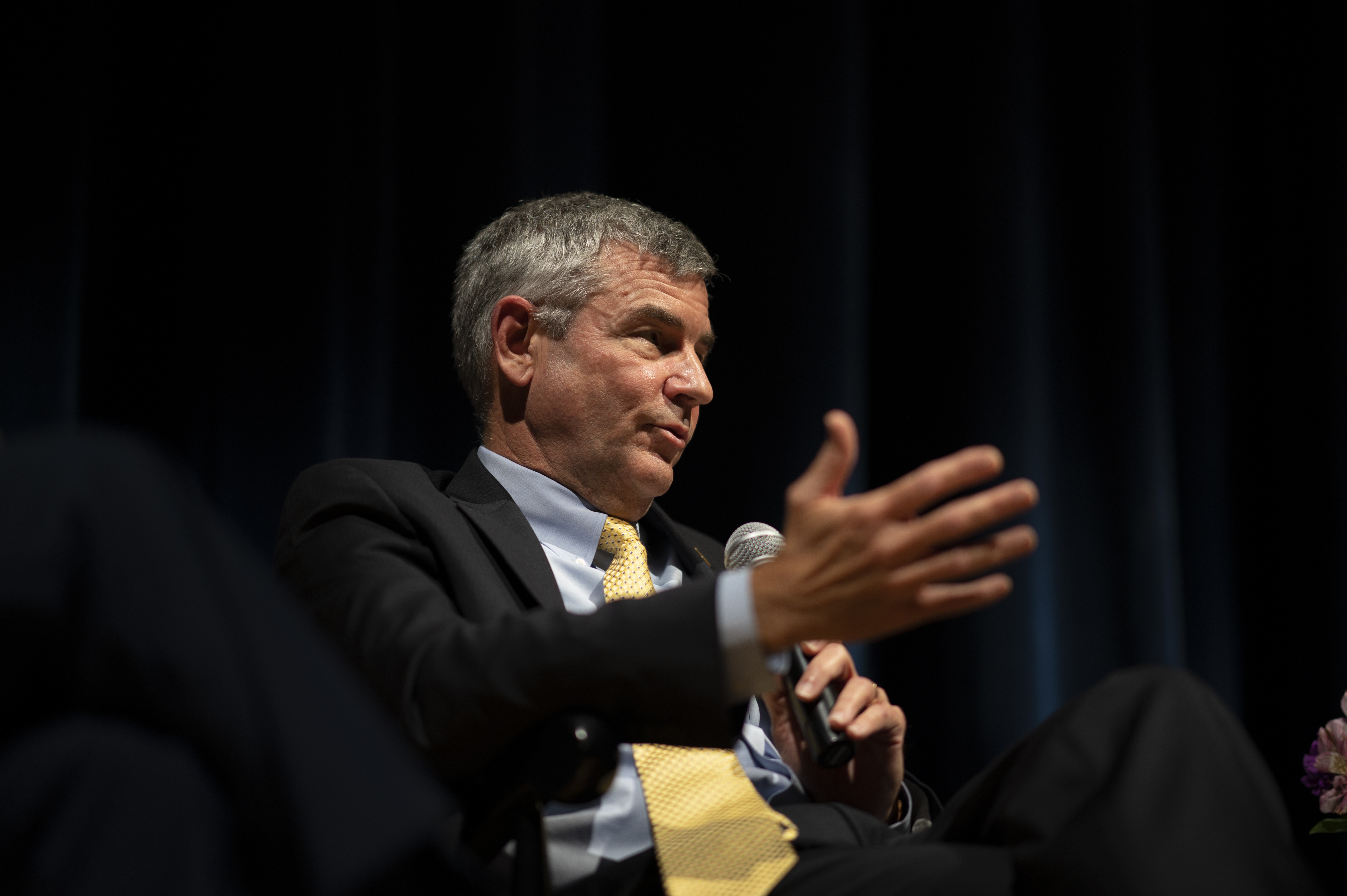 The shipbuilder who oversaw the construction of the Ford-class carrier program and the Navy’s restart of the Arleigh Burke guided-missile is stepping down as the CEO of Huntington Ingalls Industries, the company announced on Friday.

Mike Petters, a Navy submariner turned shipbuilder, has led the country’s largest naval shipbuilder since the company spun off from Northrop Grumman in 2011. In March, he will turn over the CEO position to Chief Operating Officer Chris Kastner and assume a role as vice chairman of the board, according to the announcement from the company.

“Starting March 1, Petters will support the leadership transition as executive vice chairman and will remain an HII employee through 2022, during which time he will continue to represent HII,” according to the statement.

Prior to the HII spinoff, Petters was president of Northrop Grumman Shipbuilding and of Newport News Shipbuilding. He started at the company as part of the Los Angeles-class (SSN-688) nuclear attack submarine program in 1987.

As head of HII, Petters was responsible for expanding and modernizing the yards at Newport News, Va., and the Ingalls Shipbuilding in Pascagoula, Miss.

Petters also oversaw the expansion of HII into unmanned and autonomous systems and the acquisition of the Alion Science and Technology in 2021. That followed HII’s 2020 $350 million purchase of unmanned systems manufacturer Hydroid, its investment in Sea Machines Robotics, Inc., and its purchase of autonomous systems company Spatial Integrated Systems.

“We’ve spent the past 11 years building a company for the 21st century,” Petters said in a statement. “HII is now that company, with a leadership team and portfolio to serve our nation’s critical national security needs.”

“Kastner was promoted to his current COO position in February 2021, after serving as HII’s executive vice president and chief financial officer since March 2016. Kastner also served as vice president and CFO for HII’s Ingalls Shipbuilding division based in Pascagoula, Mississippi. Prior to HII’s spin-off from Northrop Grumman in 2011, he held increasingly responsible positions on the B-2, Joint STARS and Global Hawk programs, and served as corporate director of strategic transactions,” the statement from HII reads.