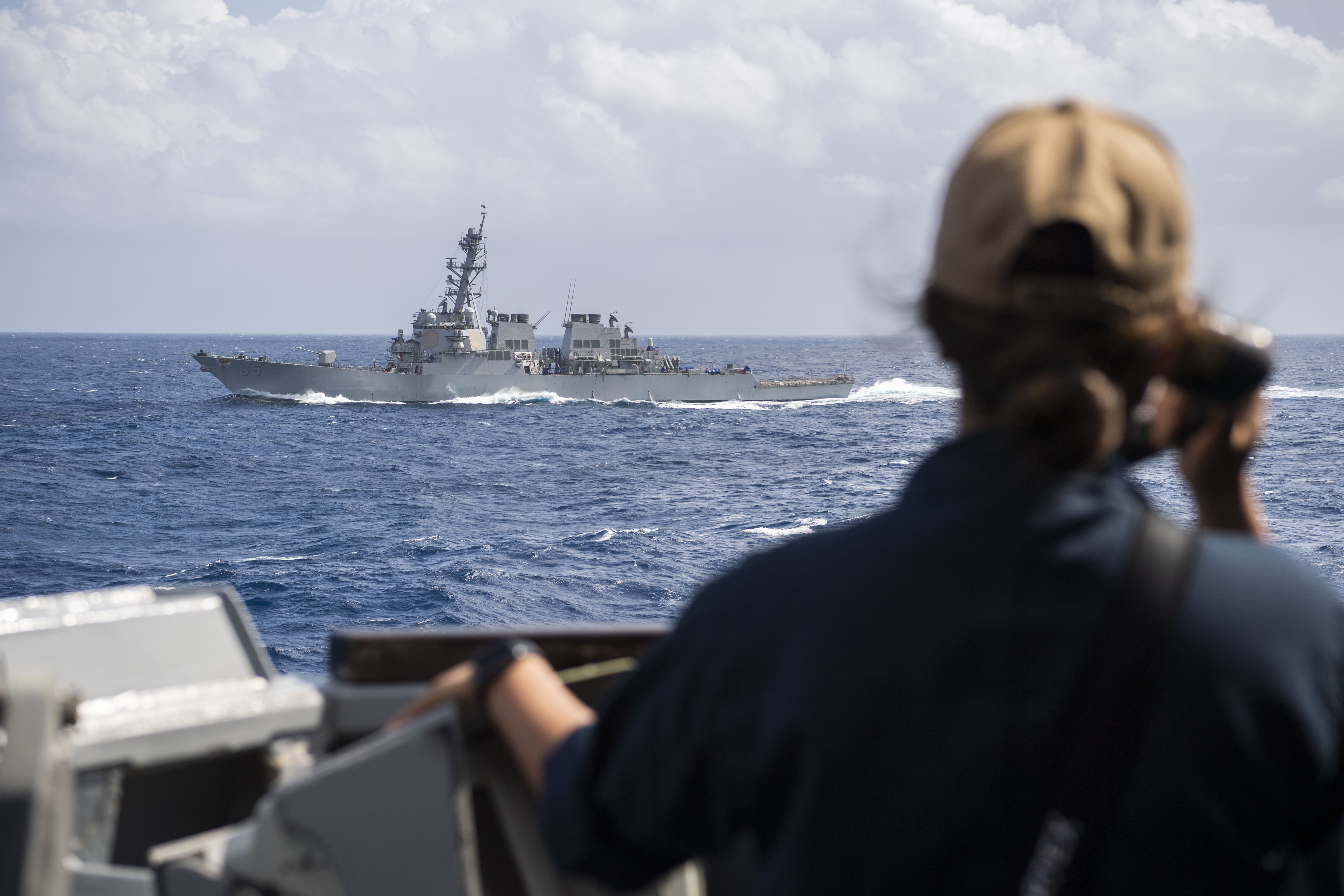 The U.S. Navy on Thursday denied a Chinese claim that the People’s Liberation Army Navy chased an American destroyer away from islands in the South China Sea.
USS Benfold (DDG-65) performed a freedom of navigation operation near the Paracel Islands on Thursday, U.S. 7th Fleet said in a news release.

“The [People Republic of China’s] statement about this mission is false. USS Benfold conducted this FONOP in accordance with international law and then continued on to conduct normal operations in international waters. The operation reflects our commitment to uphold freedom of navigation and lawful uses of the sea as a principle. The United States is defending every nation’s right to fly, sail, and operate wherever international law allows, as USS Benfold did this week. Nothing PRC says otherwise will deter us,” U.S. 7th Fleet spokesperson Lt. Mark Langford said in a statement.

The statement comes after the People’s Liberation Army said it tracked the American destroyer and “warned it off,” a spokesperson for the PLA’s Southern Theater Command said in a statement.

“The PLA(N) Southern Theater’s statement is the latest in a long string of PRC actions to misrepresent lawful U.S. maritime operations and assert its excessive and illegitimate maritime claims at the expense of its Southeast Asian neighbors in the South China Sea,” Langford said. “The PRC’s behavior stands in contrast to the United States’ adherence to international law and our vision for a free and open Indo-Pacific region.”

China, Vietnam and Taiwan have all staked claims to the Paracel Islands and China claims a territorial straight baseline around the islands. The U.S. Navy periodically performs FONOPs near the Paracel Islands. On several occasions last year when a U.S. ship performed a FONOP, China claimed it chased the warship out of the South China Sea. The last U.S. FONOP was on Sept. 8.

“We solemnly demand the US side to immediately stop such provocative actions, otherwise it will bear the serious consequences of all possible contingencies. The troops of the PLA Southern Theater Command always stay on high alert and will take resolute actions to safeguard China’s sovereignty and security as well as the peace and stability in the South China Sea,” the PLA Southern Theater Command spokesman said.