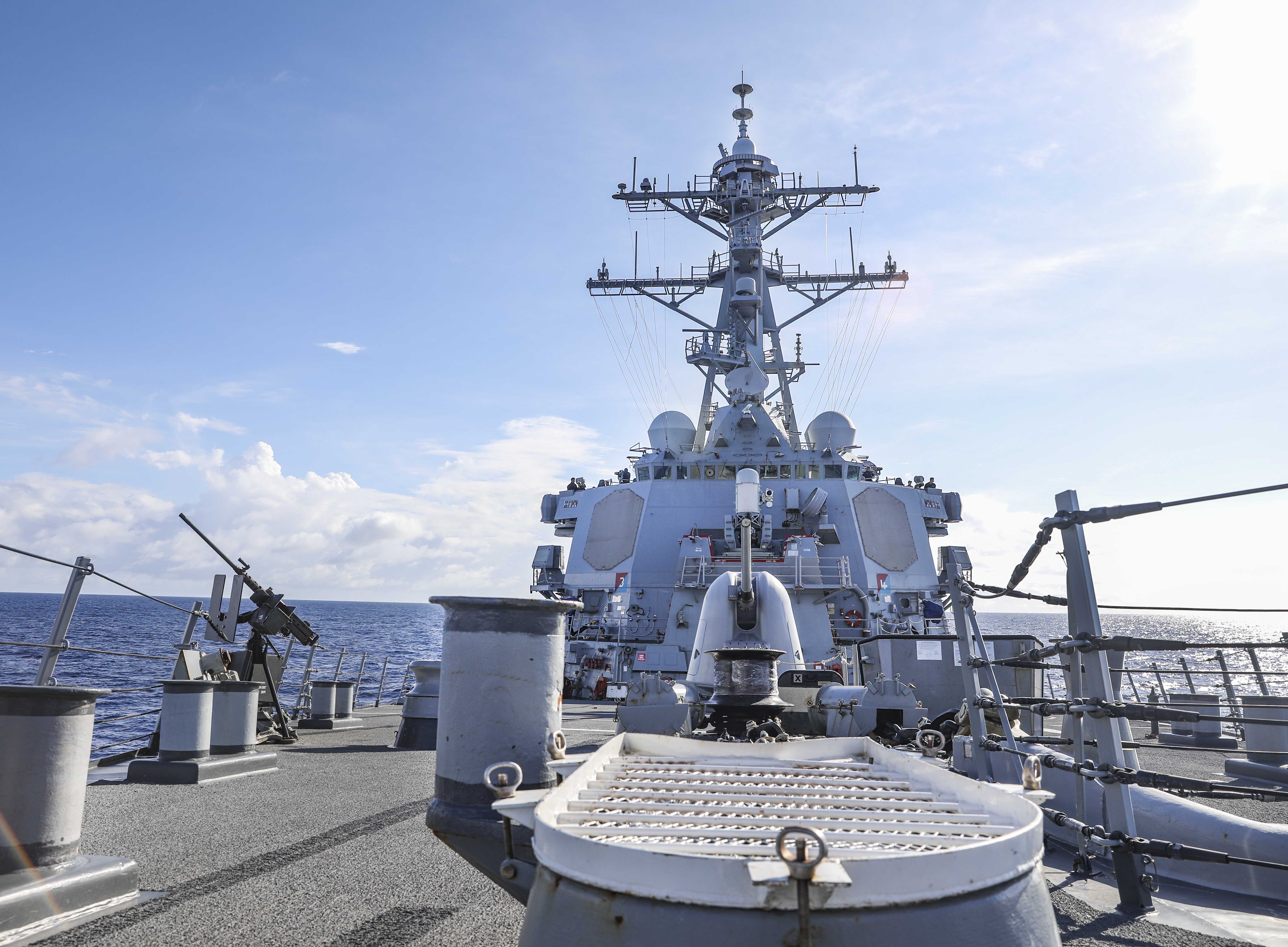 The U.S. Navy is disputing a claim from China that it chased an American warship out of the South China Sea after the U.S. vessel performed a freedom of navigation exercise.

USS Benfold (DDG-65) on Wednesday sailed near the Spratly Islands – which China has staked a claim to – according to a news release from U.S. 7th Fleet.

The People’s Liberation Army (PLA) quickly criticized the FONOP and claimed it chased the U.S. guided-missile destroyer out of the waters, according to a report in state-owned media outlet CGTN.

The U.S. Navy denied China’s claim and maintained it performed the FONOP within the constructs of international law.

“The PRC’s statement about this mission is false. USS Benfold conducted this FONOP in accordance with international law and then continued on to conduct normal operations in international waters. The operation reflects our commitment to uphold freedom of navigation and lawful uses of the sea as a principle. The United States will continue to fly, sail, and operate wherever international law allows, as USS Benfold did here. Nothing PRC says otherwise will deter us,” 7th Fleet said in a statement.
“The PLA(N)’s statement is the latest in a long string of PRC actions to misrepresent lawful U.S. maritime operations and assert its excessive and illegitimate maritime claims at the expense of its Southeast Asian neighbors in the South China Sea. The PRC’s behavior stands in contrast to the United States’ adherence to international law and our vision for a free and open Indo-Pacific region. All nations, large and small, should be secure in their sovereignty, free from coercion, and able to pursue economic growth consistent with accepted international rules and norms.”

Benfold’s FONOP comes shortly after a new Chinese law that calls for ships carrying certain materials to provide specific information, like their call signs, went into effect, according to a recent report in CNN.

Benfold performed a FONOP near the Paracel Islands in July, when China similarly claimed it chased the warship out of the South China Sea. The U.S. Navy disputed China’s claim at the time.