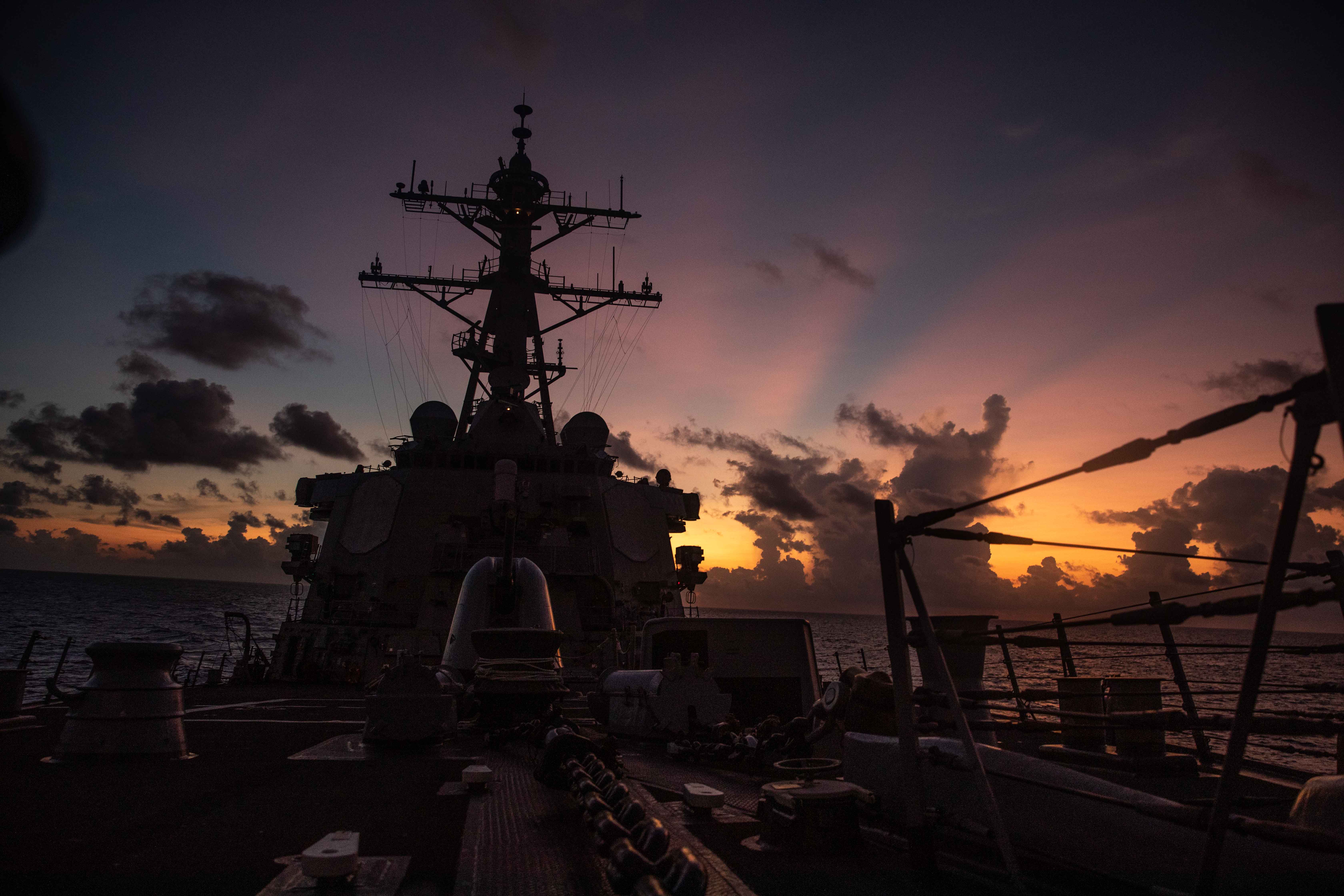 U.S. Navy officials are denying a guided-missile destroyer conducting a freedom of navigation operation in the South China Sea was “expelled” from the Paracel Island Chain on Thursday.

USS Curtis Wilbur (DDG-54), “asserted navigational rights and freedoms in the vicinity of the Paracel Islands, consistent with international law,” according to a statement from U.S. 7th Fleet.

Claimed by China, Vietnam and Taiwan, the Paracels have been under Chinese control since the 1970s and been heavily militarized over the last decade. Beijing requires prior permission for warships to operate with 12 nautical miles of the entire chain – a claim the U.S. contests regularly through freedom of navigation operations.

Following Curtis Wilbur’s transit, the People’s Liberation Army Southern Theater Command issued a statement that the PLA had “expelled” the Japan-based warship from the region. Chinese warships and aircraft tracked the transit.

“U.S. behavior violates international law and basic norms of international relations, increases regional security risks, and are prone to misunderstandings, misjudgments, and accidents at sea,” the PLA’s Southern Theater said in a statement.

In a subsequent statement, U.S. 7th Fleet denied the destroyer was forced to leave the region of the island chain

“The PLA’s statement about this mission is false. USS Curtis Wilbur was not “expelled” from any nation’s territory. USS Curtis Wilbur conducted this FONOP in accordance with international law and then continued on to conduct normal operations in international waters,” read a statement from the Japan-based fleet.
“The PLA’s statement is the latest in a long string of PRC actions to misrepresent lawful U.S. maritime operations and asserts its excessive and illegitimate maritime claims at the expense [of] the Southeast Asian neighbors in the South China Sea. The PRC’s behavior stands in contrast to the United States’ adherence to international law and our vision for a free and open Indo-Pacific region. All nations, large and small, should be secure in their sovereignty, free from coercion, and able to pursue economic growth consistent with accepted international rules and norms.”

On Tuesday, Curtis Wilbur transited through the Taiwan Strait. Beijing said the transit was, “sending wrong signals to the ‘Taiwan independence’ forces, deliberately disrupting and sabotaging the regional situation and endangering peace and stability across the Taiwan Strait.”

Thursday’s operation follows a speech from President Joe Biden at the Coast Guard Academy in which he called out Russia and China for subverting international norms.

“Longstanding, basic maritime principles like freedom of navigation are a bedrock of a global economic and global security. When nations try to game the system or tip the rules in their favor, it throws everything off balance,” Biden said.
“It’s of vital interest to America’s foreign policy to secure unimpeded flow of global commerce. And it won’t happen without us taking an active role to set the norms of conduct, to shape them around democratic values, not those of autocrats.”