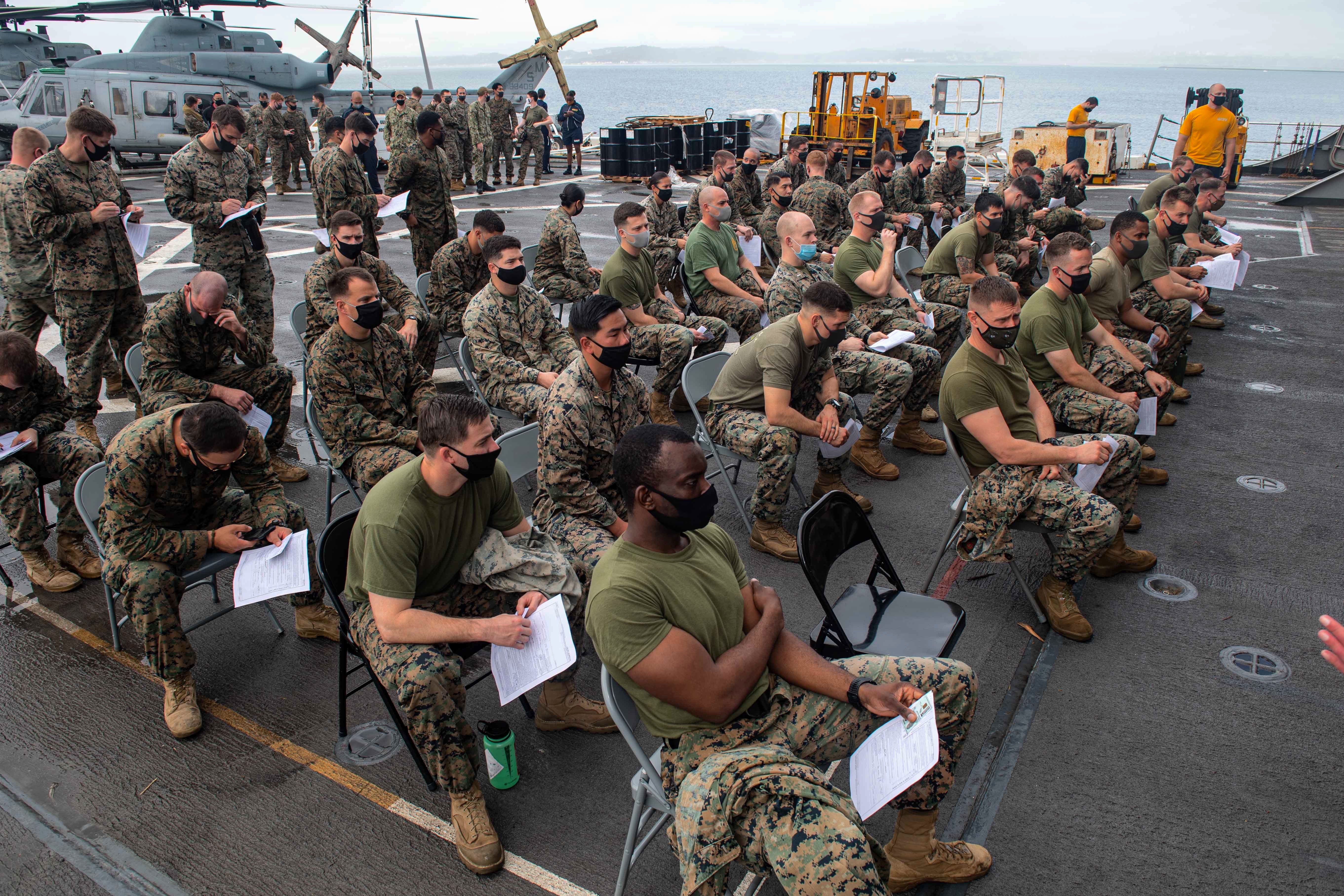 The Marine Corps has approved the Pentagon’s religious exemptions for the COVID-19 vaccine.

All religious exemption requests are handled by Manpower and Reserve Affairs, which is reviewing them on an individual basis, according to the update.

“The Marine Corps has a compelling governmental interest in mission accomplishment at the individual, unit, and organizational levels. The necessary elements of mission accomplishment include: (1) military readiness; (2) unit cohesion; (3) good order and discipline; and (4) health and safety,” according to the update. “Adjudication Authorities pay particular attention to how religious accommodation request determinations will impact the Marine’s and unit’s ability to accomplish the mission, and consider the least restrictive means of furthering that compelling government interest.”

The service has separated 351 Marines for vaccine refusal, the most of any branch. The Army issued reprimands to 2,994 soldiers but has not separated anyone. The Navy issued separations to 20 sailors, all who are within their first 180 days of service, USNI News reported. The Air Force has separated 87 active-duty airmen, according to their Jan. 11 update.

Outside of religious exemptions, the service approved 943 medical or administrative exemptions.