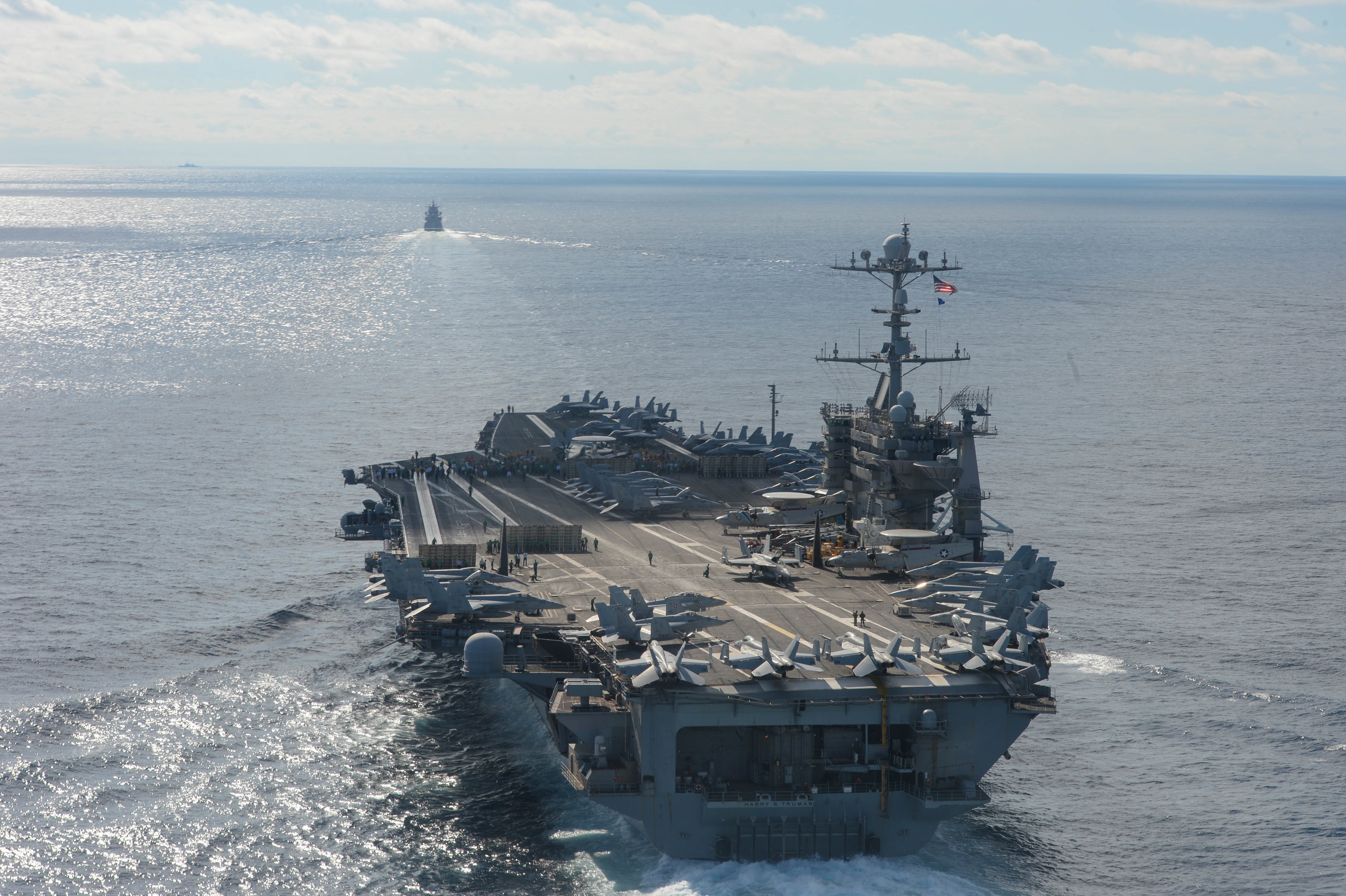 A U.S. carrier strike group is lingering in the Mediterranean Sea rather than journeying to the Middle East on orders from Defense Secretary Lloyd Austin, USNI News learned on Tuesday.

USS Harry S. Truman (CVN-75), Carrier Air Wing 1 and its escorts are now operating in the Ionian Sea between Greece and Italy rather than resume a planned transit through the Suez Canal to U.S. Central Command, a defense official confirmed to USNI News. USNI News first reported the Harry S. Truman Carrier Strike Group in the Ionian Sea Monday, according to the USNI News Fleet Tracker.

The schedule change, blessed by Austin, is to reassure European allies of U.S commitment to regional security, one official said without mentioning the ongoing Russian military buildup on the eastern border of Ukraine.

Capt. Bill Speaks, spokesperson for European Command, confirmed that the Harry S. Truman Carrier Strike Group is operating in the Sixth Fleet’s area of command. He could not comment on future operations as “these deployments are dynamic in nature and due to our operational security policy.”

The ongoing border tensions between Moscow and Kyiv have been building over the past two months, after Russia began moving troops near Ukraine. Satellite images published by the BBC show buildup of Russian troops from as early as Nov. 9 in Russian cities around Ukraine, including in Crimea, which Russia invaded in 2014.

NATO has called on Russia to remove its troops and continued to support Ukraine’s sovereignty, according to a press release.

“We are gravely concerned by the substantial, unprovoked, and unjustified Russian military build-up on the borders of Ukraine in recent months, and reject the false Russian claims of Ukrainian and NATO provocations. We call on Russia to immediately de-escalate, pursue diplomatic channels, and abide by its international commitments on transparency of military activities,” according to the NATO press release from Dec. 16.

The organization is prepared to speak with Russia, but if Moscow continues the aggression against Ukraine, there will be “massive consequences,” according to the release.

Russia has demanded that NATO stops its expansion into Ukraine or Georgia, in addition to pulling military units from Poland, Estonia, Latvia and Lithuania, according to the BBC article.

The United States and Russia will meet on Jan. 10 to discuss the rising tensions over Ukraine. President Joe Biden and Russian President Vladimir Putin spoke on Dec. 10 about Russia’s forces, with Biden saying there would be economic consequences if Russia continued to escalate its military, according to a White House readout from the call.

“President Biden reiterated his support for Ukraine’s sovereignty and territorial integrity and called for de-escalation and a return to diplomacy,” according to the readout.

Truman and its escorts entered the Mediterranean on Dec. 14 after deploying from the East Coast on Dec. 1. Prior to the change schedule, the bulk of the strike group pulled into the U.S. naval base in Souda Bay, Greece.

Guided-missile cruiser USS San Jacinto (CG-56) assigned to the strike group departed the Mediterranean through the Strait of Gibraltar over the weekend and pulled into the U.S. naval base in Rota, Spain.