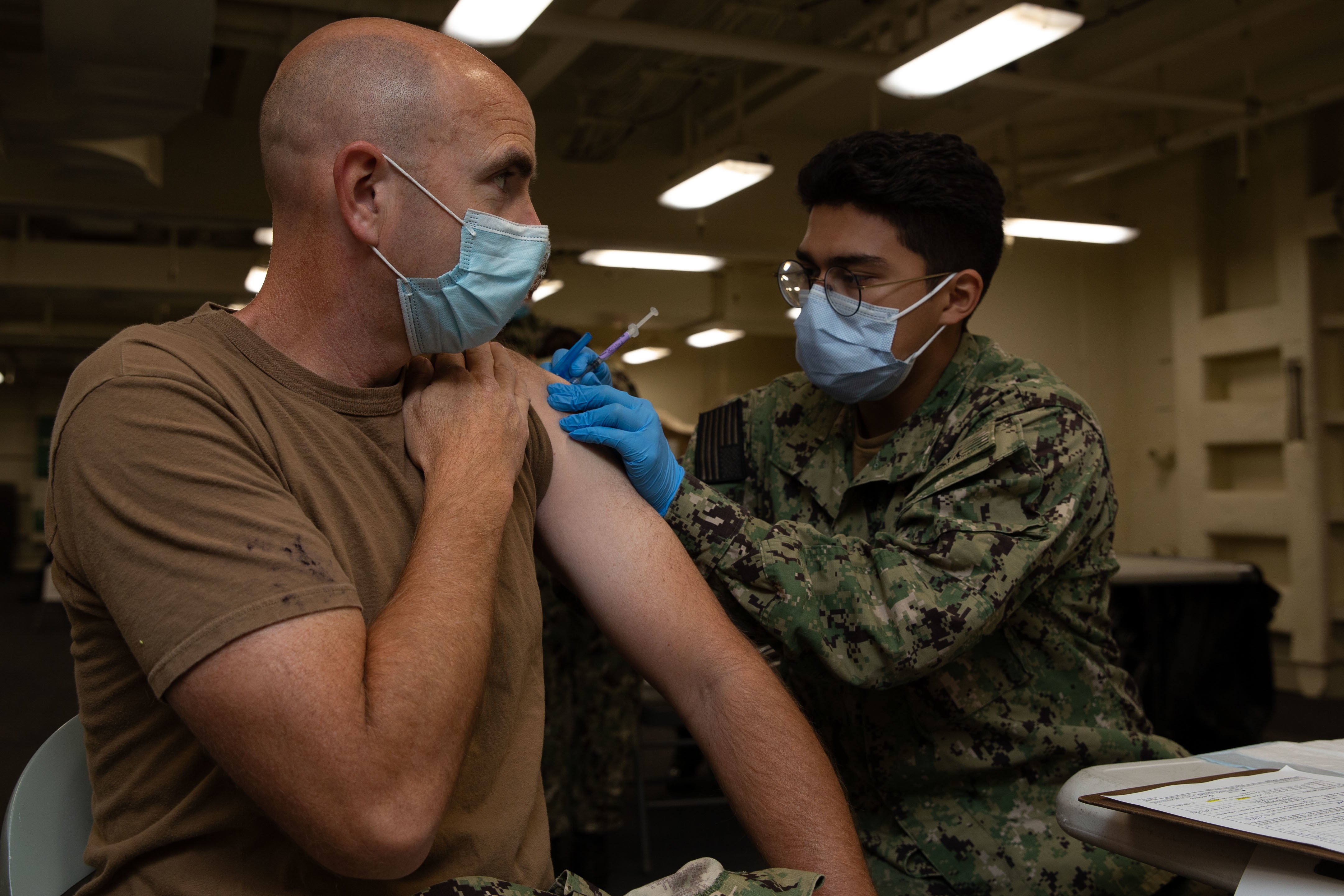 This story has been updated with new information on from the Navy.

The Navy has not yet approved any religious exemptions for the COVID-19, according to new numbers released by the Navy Tuesday night.

There were 2,531 requests for religious exemptions, according to the Navy. However, the Navy has not adjudicated all of the request, said Lt. Cmdr. Andrew DeGarmo, a spokesman with the Chief of Navy Information Office.

Exemptions are being handled on a case by case basis, DeGarmo said. Some sailors have already found out if their request has been denied, while others are still waiting. Those who were denied a religious exemption now have five days, from when they were notified, to start the vaccination process or they face separation.

No active-duty sailors have been separated for failing to get the COVID-19 vaccine. While leadership can begin the paperwork for the separation process, the Navy is currently waiting for further guidance, expected this week, on separating those who are not vaccinated.

Currently, 325,570 of active-duty sailors are fully vaccinated, with 328,540 sailors that have received at least one dose of the vaccine, according to the Navy. That means approximately 2,970 sailors could face separation or other administrative action for failing to meet the fully vaccinated status, even though they began the vaccination process, by the Nov. 28 deadline.

The chief of Naval Personnel will determine their status, USNI News previously reported.

Approximately, 2.8 percent of active-duty sailors have not received any vaccination against COVID-19. This includes those who do have granted exemptions and those with pending ones.

The percentages are lower than previously reported by the Navy, which was reporting more than 99 percent of active-duty sailors having the first dose. The change comes from reporting discrepancies, according to a CHINFO statement.

“A recent review of the vaccination reporting and tracking system revealed discrepancies in the data that were appropriately corrected,” according to the statement. “Discrepancies included total force numbers and redundant entries. We strive to provide the most accurate and timely information to maintain transparency regarding the Navy’s effort to fight COVID-19.”