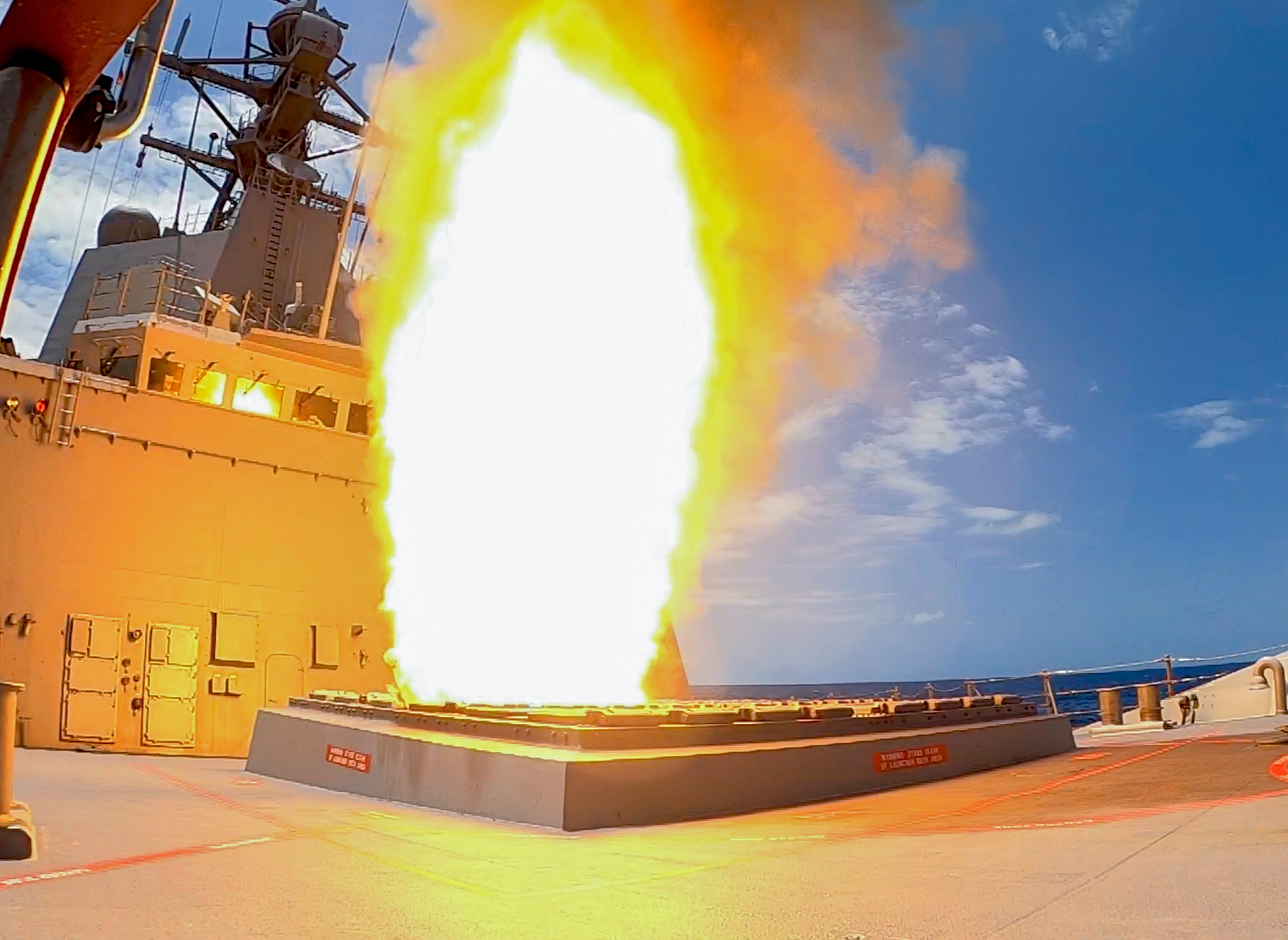 John Lee, now a senior fellow at the Hudson Institute, described the security situation regarding Taiwan and in northeast Asia “a lot bleaker” than they were five years ago when, for the first time, maritime concerns dominated an Australian defense white paper.

He added it was “not unrealistic to have a conflict” over self-governing Taiwan in five or six years and any war there would not be confined to the island. China regards the island as a province and has been escalating tensions over its future to include threats of invasion.

Later, Lee said that China, despite its air and immediate naval superiority over Taiwan, “can’t land troops there at an acceptable cost” right now.

By 2020, the Australian government recognized the need to “acquire capabilities to shape and deter” events far from its shores. Adding impetus to the drive to look at national security through a new lens was the increasingly icy relations between Canberra and Beijing over high tariffs and embargoing goods. That same year, the Chinese embassy also presented the Australians with 14 grievances. They ranged from Australia’s anger over how Beijing handled the pandemic to banning telecommunications giant Huawei from its domestic 5G market, to Canberra’s closer military relations with Japan.

Australians in government and the general public were repulsed by the threats “of explicitly punishing [Australia] for your actions.” Lee said nine of the 14 points concerned domestic decisions.

Lee said this was the decision-making framework that led Australia to seek an agreement with the United States and United Kingdom to build nuclear-powered submarines and, more importantly to Canberra, share advanced technologies ranging from cyber to artificial intelligence to unmanned, undersea warfare and hypersonics.

Asymmetric capabilities like unmanned and undersea technologies could be available within a few years. The submarines will take decades to build.

“We’re not in the same league as the Americans and Chinese” when it comes to high-end warfare, but Australia can be an “asymmetric power” to confound Beijing’s planning, Lee said. China has invested heavily in anti-access/area denial technologies to keep the U.S. and its allies at bay in a conflict.

The Chinese “for 30 years have messed up American thinking” on operating freely in the Indo-Pacific region, Lee said, noting Australia can play that role of upending Beijing’s military planning with advanced asymmetric capabilities from drones to undersea technologies.

With that in place, Lee said the Australian government’s existing contract with France to buy diesel-electric submarines and its own existing fleet that could only “operate around our periphery” would not address China’s ambitions to dominate the Indo-Pacific.

“Leasing has to be an option” to fill the timeline gap in undersea readiness, but the submarine does not necessarily have to be an American Virginia-class boat. “We need to learn how to operate them” and maintain them, he said.

Bryan Clark, the Hudson Institute event’s moderator, said another option could be having Australian submarine crews enter the American training pipeline to build a cadre of operators for the future. “Shipyards are backed up” with necessary nuclear maintenance work on existing U.S. aircraft carriers and submarines and would have little time to overhaul vessels destined for Australia.

Upending Beijing’s thinking on security is critical, Henry Sokolski, the executive director of the Nonproliferation Policy Education Center, said in describing “the long cool war” between China and the democracies. For years, the Chinese have been “interested in breaking up alliances [like those with Australia, Japan and South Korea] and getting into our [United States’ and allies’] minds.”

“We need to work with our other allies [to build trust], so they don’t go their own ways,” he said. An example of that could be coming from South Korea, which wants to acquire nuclear-powered submarines and also wants to be able to enrich uranium for use in civilian power generation.

As for the U.S., that means “we’re really going to have to take more risks” in collaboration with allies in technology transfer. Washington needs to be “thinking much more clearly on things that matter” when deciding what technology it won’t share, rather than automatically pulling down security concerns to block deals that could benefit both parties.

“We need another AUKUS” for allies, “but not submarines,” Sokolski said. Specifically, he suggested closer cooperation between the European Space Agency, the U.K., Japan and the U.S. to “know what’s going on in space” and also among the democracies with Japan on advanced computing where “it is far ahead of us.”

If steps like those were taken, he said they would “Make AUKUS Great Again.”