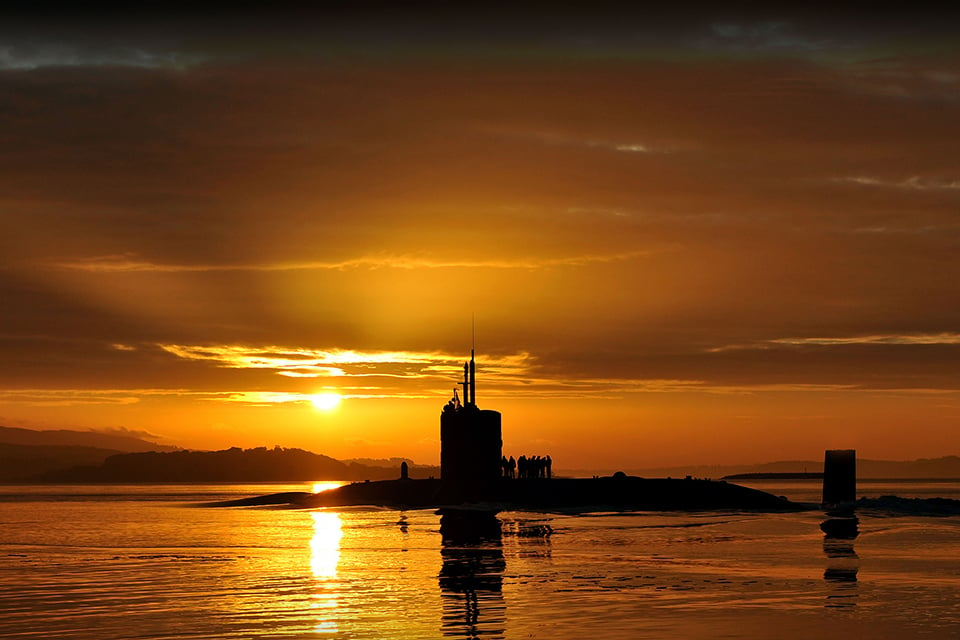 This story has been updated with remarks from President Joe Biden and Australian Prime Minister Scott Morrison.

The U.S. plans to share its submarine nuclear propulsion technology with a top ally in the Indo-Pacific, as countries in the region look for ways to hedge against China.

As part of a new trilateral security arrangement between the U.S., U.K. and Australia – known as AUKUS – the U.S. and U.K. will support an Australian push to purchase nuclear-powered attack submarines for its fleet.

Nuclear-powered submarines are largely regarded as the most survivable weapon against the Chinese fleet in the South China Sea, where U.S. Navy and Marine Corps officials expect a potential conflict with Beijing could occur. Nuclear-powered boats can travel much longer distances and operate underwater for longer periods of time than conventionally-powered submarines, making them ideal for the vast distances in the Indo-Pacific.

“Our first initiative as part of AUKUS is . . . a shared ambition to support Australia’s desire to acquire nuclear-powered submarines and we will launch a trilateral effort of 18 months, which will involve teams – technical and strategic and navy teams from all three countries – to identify the optimal pathway of delivery of this capability,” a senior Biden administration official told reporters today, noting that the U.S. has only ever shared this technology with the U.K. in 1958.

“We are adding – this is a unique set of circumstances – Australia to that deep partnership to explore the best ways for Australia to pursue nuclear-powered submarines. I do want to underscore that this will give Australia the capability for their submarines . . . to deploy for longer periods,” the official continued. “They’re quieter. They’re much more capable. They will allow us to sustain and improve deterrence across the Indo-Pacific. As part of that, we will work closely on efforts to ensure the best practices with respect to nuclear stewardship. I think you will see much deeper interoperability among our navies and our nuclear infrastructure people to ensure that our countries are working very closely together.”

The willingness to share the technology with Australia amounts to an initial step in Canberra’s push to buy nuclear-powered boats. Australia currently does not have a shipyard that can build or maintain nuclear-powered vessels. Building and maintaining nuclear-powered attack boats would require billions of dollars and years of investment in infrastructure, USNI News understands.

“Over the next 18 months, we will work together to seek to determine the best way forward to achieve this. This will include an intense examination of what we need to do to exercise our nuclear stewardship responsibilities here in Australia,” Morrison said during the press conference. “We intend to build these submarines in Adelaide, Australia in close cooperation with the United Kingdom and the United States. But let me be clear, Australia is not seeking to acquire nuclear weapons or establish a civil nuclear capability. And we will continue to meet all our nuclear non-proliferation obligations.”

The nuclear-powered attack boats will be outfitted with conventional weapons, President Joe Biden emphasized at the same press conference.

“I have asked Secretary [Lloyd] Austin of the Department of Defense to lead this effort for the U.S. government, in close collaboration with the Department of Energy and the Department of State,” the president added. “Our governments will now launch an 18-month consultation period to determine every element of this program – from workforce, to training requirements, to production timelines, to safeguards and non-proliferation measures, and to nuclear stewardship and safety to ensure full compliance with each of our nations’ commitments of [sic] the nuclear Non-Proliferation Treaty.”

A retired U.S. submarine admiral told USNI News on Wednesday that sharing the propulsion technology with Australia amounts to a shift in how the U.S. sees both the technology and its partnership with Australia.

“The Australian Navy going nuclear will give them the legs to be viable in areas of the Western Pacific,” the retired admiral told USNI News.
“This is a message to China. China economically punished Australia and this could be a response to that.”

The agreement and Australia’s acquisition of nuclear-powered boats could also increase U.S. presence in the region if U.S. Navy attack boats can be maintained from Australia, the admiral said.

“If you get into an agreement and you have that option you can look at increasing presence.
Maintenance was a big factor in limiting [our deployments],” the admiral said.

The arrangement will include initiatives “to spur cooperation across many new and emerging arenas: cyber, AI – particularly applied AI – quantum technologies and some undersea capabilities as well. We’ll also work to sustain and deepen information and technology sharing and I think you’re going to see a much more dedicated effort to pursue integration of security and defense-related science, technology, and industrial bases and supply chains,” the official said. “This will be a sustained effort over many years to see how we can marry and merge some of our independent and individual capabilities into greater trilateral engagement as we go forward.”

The announcement comes as the Biden administration has repeatedly emphasized its focus on the Indo-Pacific region, particularly China, which President Biden cited when defending his decision to withdraw from Afghanistan.

“We undertake this effort as part of a larger constellation of steps, including stronger bilateral partnerships with our traditional security partners in Asia – Japan, South Korea, Thailand, the Philippines – and also stronger engagement with new partners like India, Vietnam and new formations like the Quad,” the official said of the new security agreement.

A French company in 2016 won the award to to replace the Royal Australian Navy’s Collins-class boats with a conventional version of France’s nuclear-powered Barracuda-class submarines, USNI News previously reported. That plan is getting axed so Australia can pursue the nuclear-powered boats, the Australian Broadcasting Corporation reported today.

Australia had planned to build the new class of conventional submarines at a shipyard in South Australia.