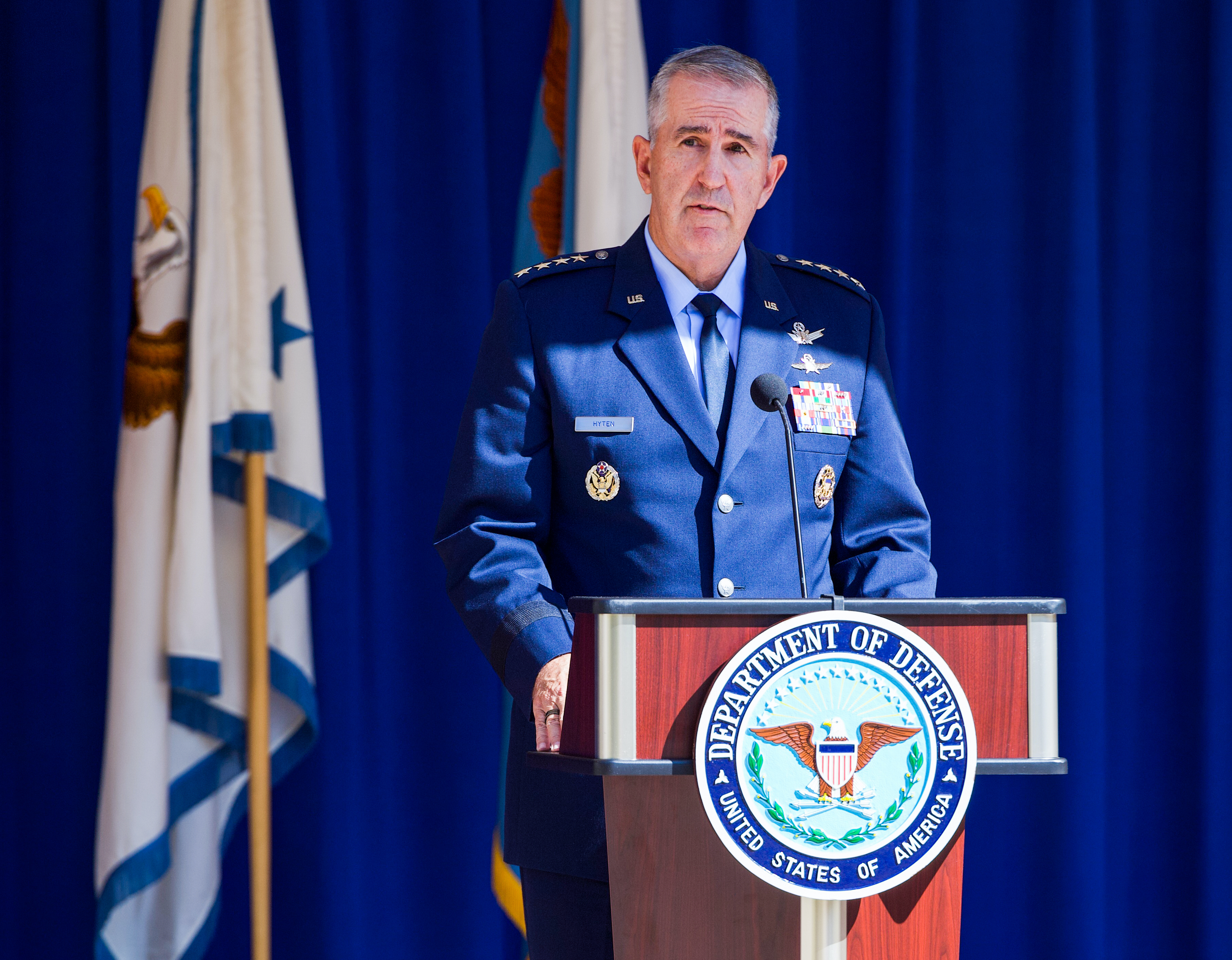 U.S. Air Force Gen. John E. Hyten, 11th Vice Chairman of the Joint Chiefs of Staff, speaks to Department of Defense staff members during a memorial observance in honor of those who were lost during 9/11 at the Pentagon in Arlington, Va., on Sept. 10, 2021. US Army Photo

The outgoing vice chairman of the Joint Chiefs of Staff is concerned ongoing work on electronic warfare could stall if there’s a gap between his November retirement and a successor assuming the number-two position in the Pentagon.

Air Force Gen. John Hyten, whose successor has yet to be announced, told reporters on Thursday that one part of his job as the vice chairman is to lead the Pentagon’s work on electronic warfare and spectrum operations.

“We’ve actually put a good plan in place and we have an implementation plan… because we took our eye off that ball for 20 years. We used to be the best in the world at electronic warfare. Now we don’t train it. We don’t educate it. We don’t equip it. And so it’s been recognized and we have to fix it because spectrum was key to every domain – it’s key to every operation, key to every functional battle. Spectrum was key. So I’m worried that I’ve been pushing spectrum and if the vice chairman is not there – as a senior designated official for spectrum – that that momentum could be lost,” Hyten said during a Defense Writers Group roundtable.

Hyten noted at other points during the roundtable that his successor has yet to be nominated and that he could be retired by the time he provides the new vice chair any advice. His term ends on Nov. 20.

The White House has not announced a successor for Hyten, whose last day on the job is Nov. 20. Hyten is only serving a two-year term in the job. Changes in recent years to the terms of the law limited Hyten to a two-year term, which he knew when he accepted the job, USNI News previously reported. The current law allows the vice chairman to serve four years.

The White House acknowledged a request for comment from USNI News, but did not immediately provide a response.

During the roundtable, Hyten said he would give his successor two pieces of advice: concentrate on both the people and on bringing speed to the Defense Department aquisition. 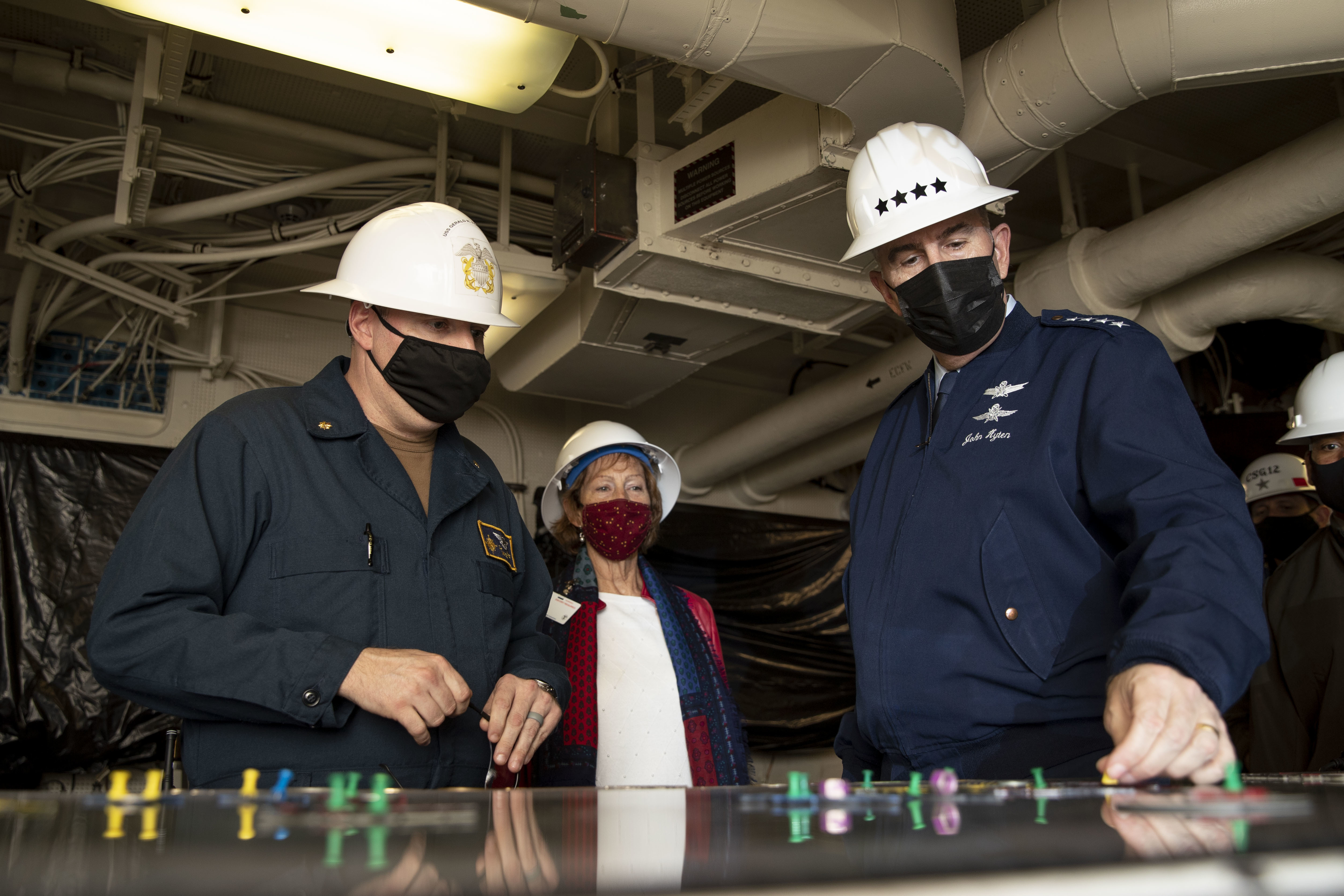 “I hope to actually have a conversation with my successor, but he has not been nominated yet, so I may be writing that letter. And I think, as I write the letter, I would focus on two things. The first thing I’d focus on is that although we’re making marginal progress, the Department of Defense is still unbelievably bureaucratic and slow,” Hyten said. “And so I would encourage my successor in everything that he touches, to focus on speed and reinserting speed back into the processes of the Pentagon because this country can move fast – we have proved it time and time again.”

Hyten pointed to the years it takes to pursue new capabilities through the Pentagon’s bureaucratic acquisition process.

“We can go fast if we want to, but the bureaucracy we put in place is just brutal. I would tell him that we have changed the JROC to do what the [Joint Requirements Oversight Council] is actually chartered to do by congress and it provides the opportunity for speed – not all across every element of acquisition and development, but it enables speed by actually focusing on joint requirements because we’ve never done joint requirements before in the JROC, even though the law tells us that one of the primary jobs of the JROC is to find new joint capabilities based on advances in technology or changes in concept.”

As for a goal he wishes he could have accomplished during his tenure, Hyten pointed to improving the Pentagon’s space architecture.

“I wish we had achieved a resilient space architecture before I left because we didn’t. And we’ve talked about it for over a decade and we’ve designed it for over a decade and the design is out there. And because we haven’t, we actually put the president in a tough spot,” the vice chairman said.
“We have a handful of fat juicy targets and the adversary has built hundreds of little targets that are difficult to get after. Even though our fat juicy targets are so much more capable than theirs, they’re still fat juicy targets. So we’ve actually encouraged the adversary to figure out how to kill fat juicy targets. We shouldn’t have done that and we could have done something different. So I wish we’ve have gone down that path.” 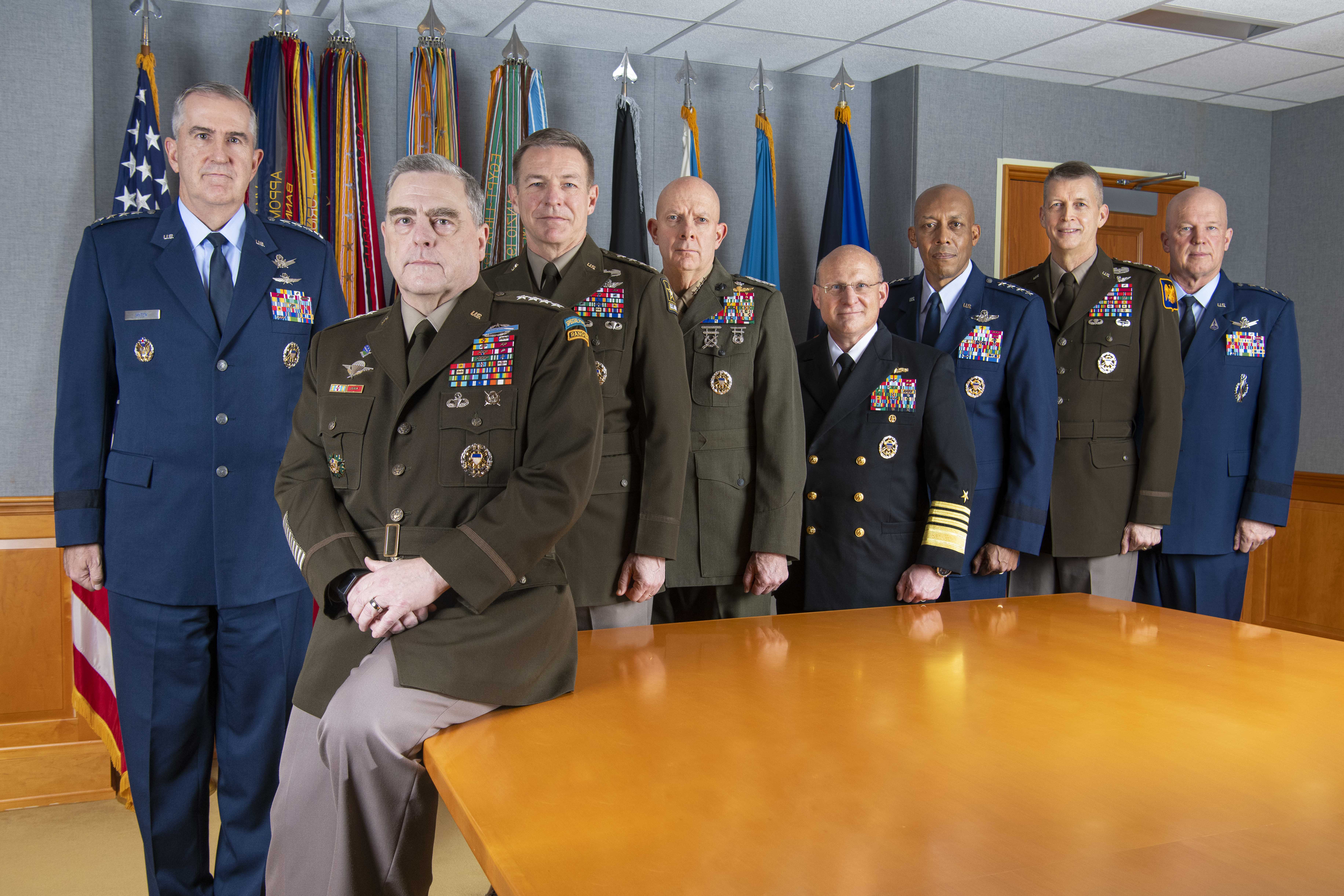 He said the U.S. in the last five years has performed nine hypersonic weapons tests, while China during the same timeframe conducted hundreds.

“Single digits versus hundreds is not a good place. Now it doesn’t mean we’re not moving fast for the development process of hypersonics. But what it does tell you is that our approach to development is fundamentally different than it used to be,” he said.

Hyten said the U.S. needs to be willing to fail as it performs more testing so it can move faster on the development of hypersonic weapons.

“But somehow we’ve decided that failure is bad. Nope, failure’s just part of the learning process. And if you want to get back to speed, you better figure out how to put speed back into everything again,” he said. “And that means taking risk and that means learning from failures and that means failing fast and moving fast. but we have not done that. this country better do that or eventually – even though they’re behind – China will pass us.”