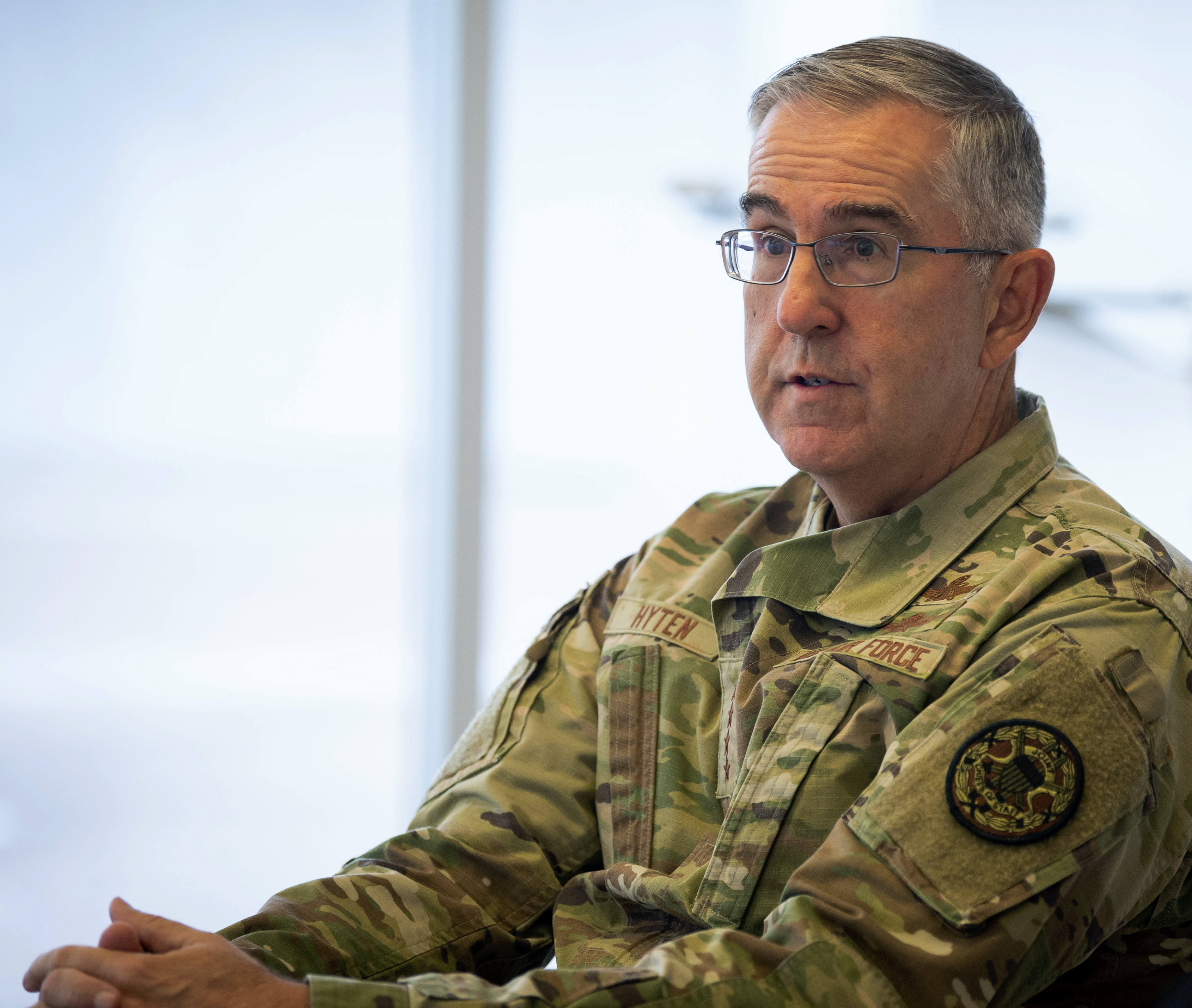 This post has been updated with a statement from the office of the Joint Chiefs of Staff.

The Vice Chairman of the Joint Chiefs of Staff is set to step down from the number-two leadership role in the Pentagon next year without seeking a renomination for the postion, USNI News has learned.

Gen. John Hyten, who took on the job in November 2019, plans to step down from the position at the end of his two-year term without seeking to extend, three U.S. officials confirmed to USNI News.

Under the current rules for the position, the vice chair serves a two-year term after being confirmed by the Senate, according to federal law. The term was extended from two to four years as part of the Fiscal Year 2017 National Defense Authorization Act with the first year four-year term starting after Jan. 1, 2021. Hyten’s term will currently expire on Nov. 20, 2021 and he would need to be renominated to serve past that date.

“Gen. Hyten has always understood his tenure as Vice Chairman of the Joint Chiefs of Staff would last two years and plans to retire upon the completion of his term,” Hyten spokeswoman Maj. Trisha Guillebeau told USNI News on Friday.
“The next Vice Chairman will serve a four-year term. Gen Hyten will serve two years. The intent of Congress was to offset the Chairman and the Vice Chairman positions by two years.”

If Hyten elected to instead retire, it would be the shortest term for the position since Adm. Edmund Giambastiani elected to retire from the position in 2007 after just under two years in office to spend more time with his family and pursue other opportunities.

Two officials told USNI News there has been an active conversation in the Joint Staff regarding staggering the terms of the chair and vice chair to provide a level continuity for Pentagon senior leadership. It’s unclear if the desire to provide overlap between leadership roles led to the decision for Hyten to retire.

Hyten’s decision to not seek another term comes as he’s in the midst of a civil sexual assault lawsuit from a subordinate who worked with him when Hyten led U.S. Strategic Command.

Army Col. Kathryn Spletstoser filed charges against Hyten in federal court over an alleged 2017 assault when the two were on travel in California. She filed the suit after Air Force and Senate investigations into the allegations could not substantiate the charges.
In October, a federal judge ruled the case could proceed after dismissing a motion from Hyten’s lawyers to throw out the case based on the Feres Doctrine that prohibits service members from being sued in civil court.

Hyten has continued to deny any wrongdoing.

“This case has been taken seriously by the Air Force and the [Defense] Department. It has been rigorously investigated and reviewed. And at no time has corroborating evidence or testimony be found,” Guillebeau said.