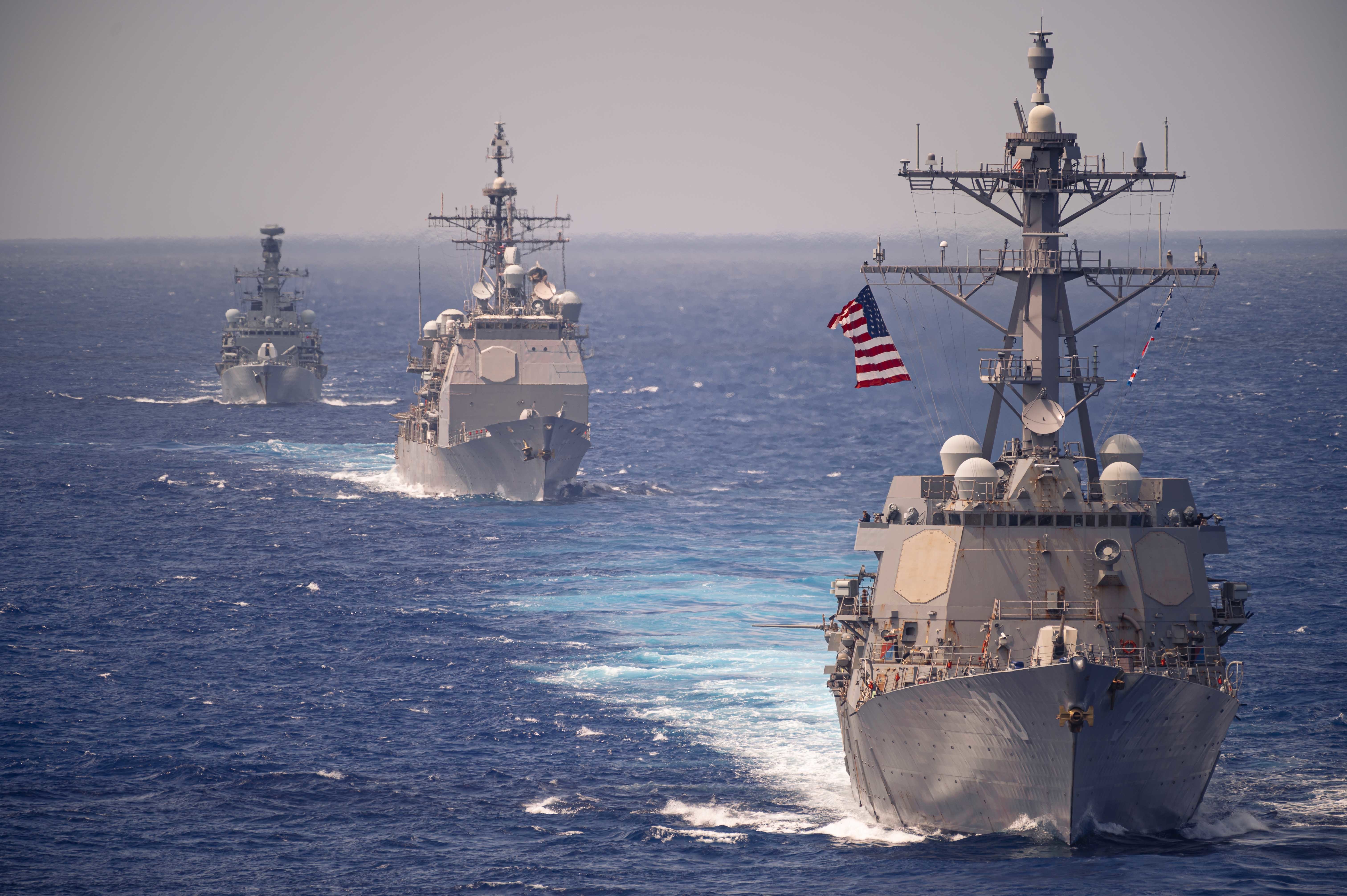 The U.S. Navy on Friday refuted Russian claims that it prevented a U.S. destroyer from crossing into its territorial waters in the Sea of Japan.

USS Chafee (DDG-90) was conducting “routine operations” and preparing for flight operations Friday when a Russian destroyer approached, the Navy said in a Friday statement.

“While USS Chafee (DDG 90) was conducting routine operations in international water in the Sea of Japan on Oct. 15, 2021, a Russian Udaloy-class destroyer came within approximately 65 yards of USS Chafee (DDG 90) while the ship was preparing for flight operations. The interaction was safe and professional,” U.S. Pacific Fleet said in the statement. “Although Russia issued a Notice to Airman and Mariners (NOTAM/NOTMAR) in this area for later in the day, the NOTAM/NOTMAR was not in effect at the time of the interaction. At all times, USS Chafee conducted operations in accordance with international law and custom. The United States will continue to fly, sail, and operate where international law allows.”

According to a Russian defense statement, the crew of Admiral Tributs radioed a warning to Chafee, letting it know that it was in an area that was closed due to the drills, TASS reported. Chafee did not change course and instead raised its flags to signal it would be launching a helicopter. In response, Admiral Tributs started toward Chafee in order to chase it out of its waters, according to the TASS report.

Chafee ultimately changed course when it was less than 200 feet from Admiral Tributs, approximately 50 minutes after it approached the Russian waters, the Russian state-run agency reported.

Chafee’s actions were a “crude violation” of international rules in place to prevent collisions between ships, as well as a 1972 agreement between the U.S. and Russian to prevent air and naval incidents, the Russian defense ministry said, according to The Associated Press.

While Russia did put out a notice, it was not in effect at the time of the interaction between Chafee and Admiral Tributs, the U.S. Navy said.

This is not the first time the Navy has refuted a Russian claim that it drove out an American vessel from the Sea of Japan.

In November 2020, Russia’s Ministry of Defense said it drove destroyer USS John S. McCain (DDG-56) out of the Sea of Japan while the warship performed a freedom of navigation operation near Peter the Great Bay, USNI News previously reported.

Russian destroyer Admiral Vinogradov threatened to ram John S. McCain if it did not leave the area, TASS reported at the time. However, the Navy denied that John S. McCain was expelled from the area, with U.S. 7th Fleet saying the ship sailed near waters that the Soviet Union staked a claim to in 1984.

Admiral Vinogradov also had a run in with USS Chancellorsville (CG-62) in the Western Pacific in June 2019, USNI News previously reported.

In June, the U.K. Ministry of Defence denied a Russian claim that Russian fighters and warships fired warning shots and dropped bombs to warn off destroyer HMS Defender (D36), which was operating in the Black Sea, USNI News previously reported.

“As is normal for this route, she entered an internationally recognized traffic separation corridor. She exited that corridor safely at [4:45 a.m.] As is routine, Russian vessels shadowed her passage and she was made aware of training exercises in her wider vicinity,” U.K. Ministry of Defence head Ben Wallace said in a statement at the time.

Fighters buzzed Defender during the transit, according to a Russian military video USNI News obtained.