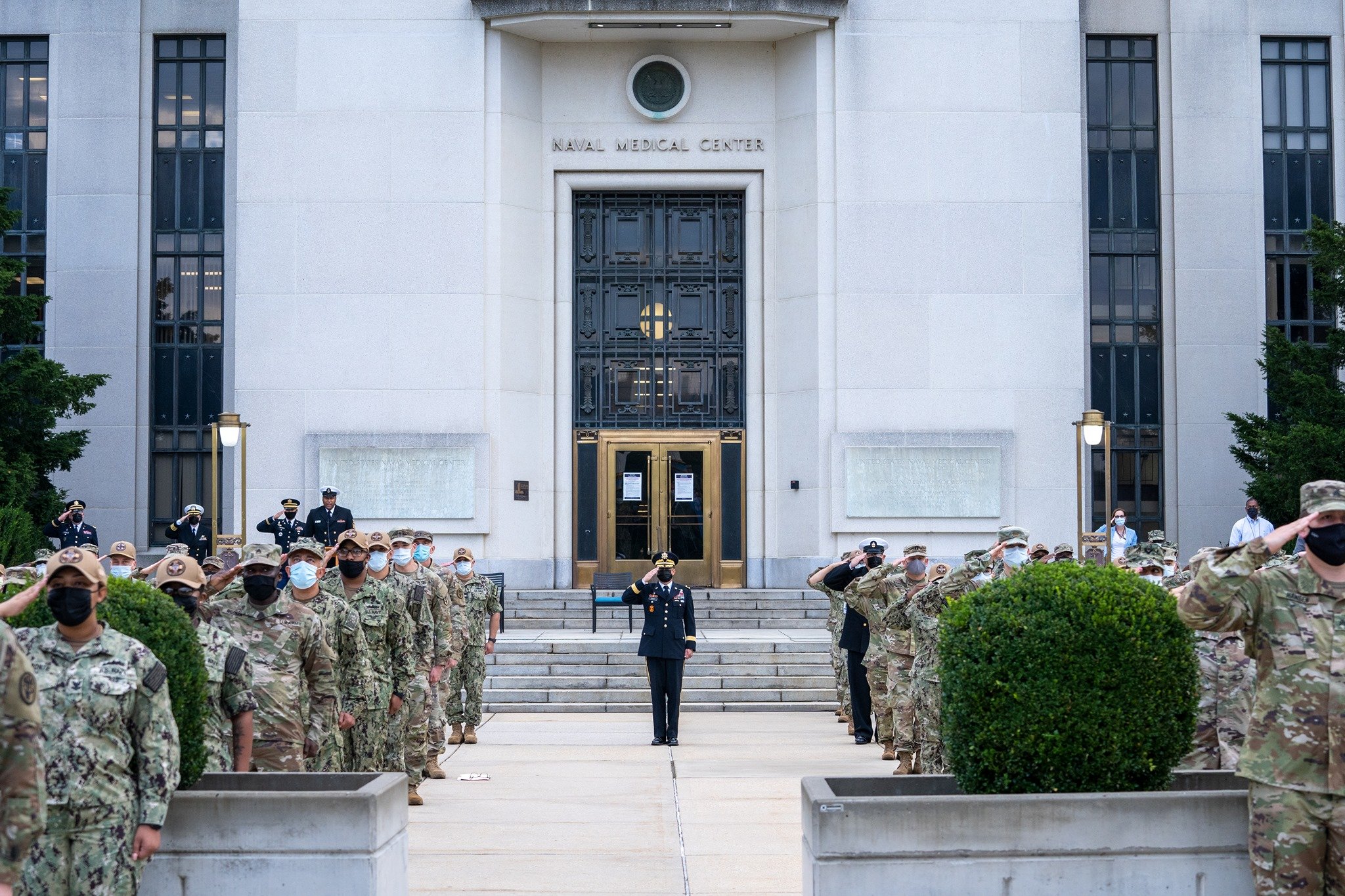 A 9/11 ceremony at the Walter Reed National Military Medical Center on Sept. 9, 2021. US Army Photo

“As of Tuesday evening, the Marine Corps has 7 wounded at Walter Reed National Military Medical Center resulting from the attack on 26 August. Of those, two are in critical but stable condition, five are in serious but stable condition. As a matter of policy, we do not confirm specific details about personnel who are injured, other than their status. This is an effort to protect their privacy,” Marine Corps spokesman Capt. Johnny Henderson said in a Tuesday statement.

Last week, 15 Marines were at Walter Reed, with one Marine in critical condition, the service said at the time.

“As of Tuesday morning, the Marine Corps has 15 wounded at Walter Reed National Military Medical Center resulting from the attack on 26 August,” Henderson said in a Sept. 7 update. “Of those, one is in critical condition, three are in serious condition, and 11 are in stable condition.”

Thirteen U.S. troops – 11 Marines, a Navy sailor, and an Army soldier – were killed after a bomb was detonated at the Hamid Karzai International Airport in Kabul on Aug. 26. Initial reports said 170 Afghans were also killed in the attack, which took place at HKIA’s Abbey Gate during U.S. evacuation efforts that were part of the Afghanistan withdrawal.

The U.S. government attributed the attack to ISIS Khorasan, an ISIS affiliate that operates in Afghanistan and Pakistan.