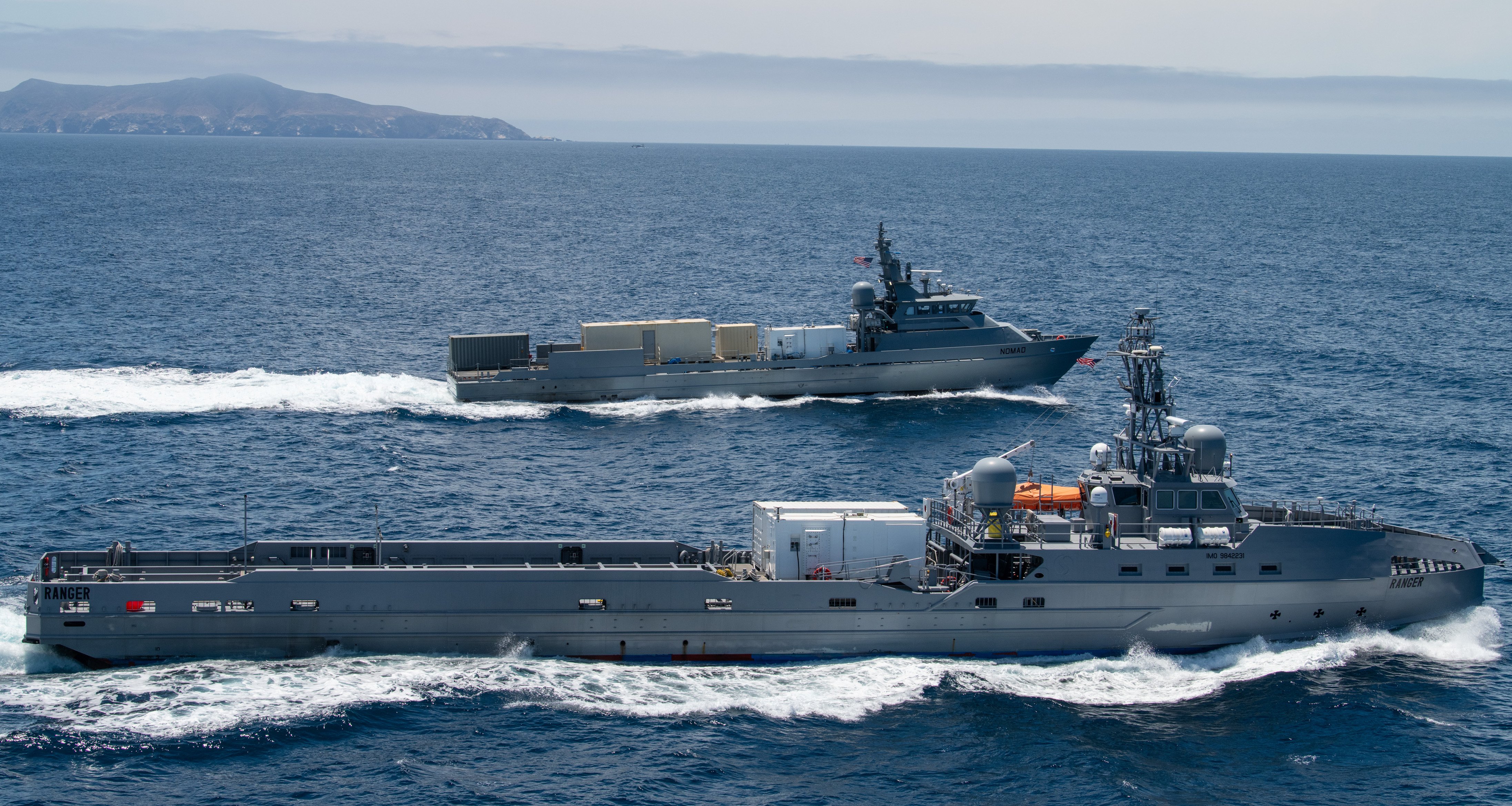 Full of merchant traffic and security threats, the densely packed waterways of the Red Sea, Arabian Sea and the Persian Gulf will be a testing ground for the Navy’s push to make unmanned systems a practical part of the fleet, service leaders said on Wednesday.

U.S. 5th Fleet’s Task Force 59 will stand up on Thursday and be the second testing outfit for the Navy’s unmanned ships following Surface Development Squadron One (SURFDEVRON) establishment in 2019. The goal of the task force, led by Capt. Michael Brasseur, is to expand the operational use of unmanned platforms in the region and experiment with their concept of operations.

“We’re going to take today’s unmanned systems – which are largely in the air, as you know – we’ve had [MQ-1] Predators, and BAMS-D, airborne platforms out there for some time. What’s going to be different is they will be augmented with unmanned surface vessels,” Cooper said. “We haven’t had them in the past. We have them now. It will be augmented with even more unmanned undersea vessels. We’ve had some in the past. We’re going to have a lot more in the future.”

Fifth Fleet will use a large exercise known as IMX 22 in January and February to experiment with the unmanned systems, Cooper said. 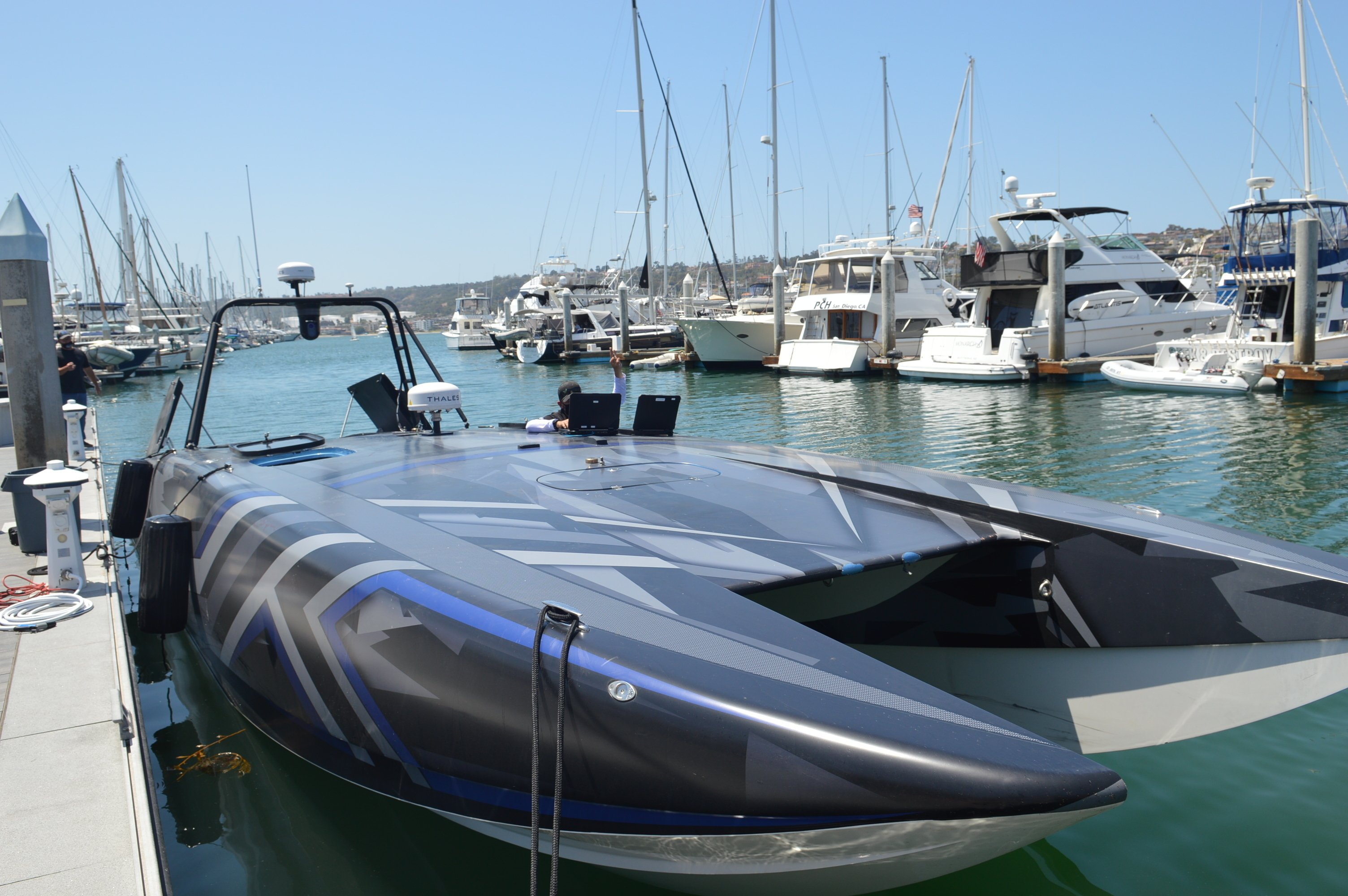 Brasseur, the commodore leading the task force, is on the Navy’s larger team heading up unmanned efforts.

The stand-up of Task Force 59 comes as the Navy is crafting a larger service effort to push unmanned systems into the fleet.

The Pentagon-based Unmanned Task Force will flow throughout the fleet to operationalize unmanned under the roadmap framework the service laid out in March, with a structure similar to Project Overmatch – the Navy’s effort to develop naval battle networks.

“In terms of scope, purpose, it’s similar to Task Force Overmatch, where I have a group of technical experts along with operators who put heat on this problem set to move forward in all three domains at speed, to make unmanned a reality by the end of this decade,” Chief of Naval Operations Adm. Mike Gilday said during the Defense News conference on Wednesday.
“We can begin to put ourselves in a position where we can scale these assets, and really make them an important part of the fleet, make distributed maritime operations come alive in a way that is real. So that’s the next step, the next step, and we’re in the early stages of putting together this task force. But I think by early ‘22, I’ll be able to give you more details on that.”

Vice Chief of Naval Operations Adm. Bill Lescher and acting Navy acquisition chief Jay Stefany are in the process of defining the roles and responsibilities of the new task force that will be led by Michael Stewart, the Navy’s deputy director of Integrated Warfare (OPNAV N9IB), with input from Vice Adm. Francis Morley, the principal military deputy to the assistant secretary of the Navy for research, development and acquisition, and Vice Adm. Scott Conn, deputy chief of naval operations for warfighting requirements and capabilities (OPNAV N9). 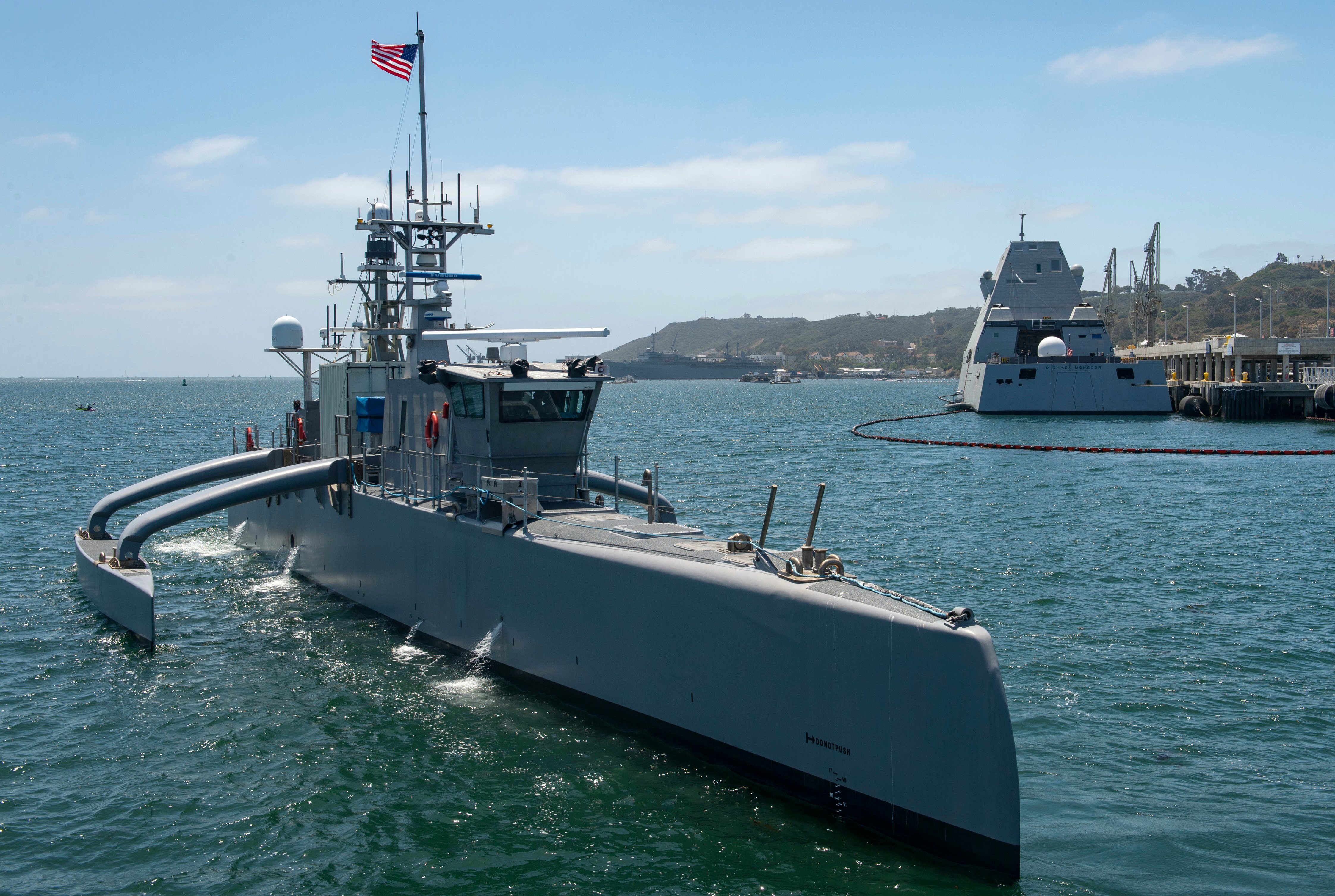 While officials are still working out the specifics of the Pentagon-based Unmanned Task Force, the 5th Fleet effort will follow the SURFDEVRON experimentation effort in California. The immediate threats to naval and merchant ships, as tensions between the U.S. and Iran and its proxies in the region remain high. In late July, two merchant mariners aboard a ship linked to an Israeli businessman were killed by a “kamikaze” military drone linked to Iran, according to U.S. Central Command.

An example was the late 2020 test in which the service and the Pentagon’s Strategic Capabilities Office fired an SM-6 missile from a container launcher on the unmanned surface test platform Ranger, the Defense Department announced Friday on Twitter. The ship was able to take targeting data from offboard the ship and route it to the missile on the converted offshore support vessel.

“Taking a weapon system that already exists, containerizing it, putting it in the back of an unmanned vessel, pushing it out to sea. Then essentially pushing target data, a target solution set to that vessel, and then remote launching,” Gilday said.
“That was a very successful test for us from a command and control standpoint and also from a reliability standpoint, with respect to that vessel, as well.”

While the unmanned surface ships have had some successes, they are still far from being an everyday part of the fleet, Gilday said.

“We’re not yet satisfied with where we need to be with unmanned surface or unmanned under the surface with respect to reliability. But we are quickly moving in that direction, where they put us in a position probably in a few years, where we can go to the Hill and have discussions inside the Pentagon, about finally slapping a table and making a decision to move at scale in terms of producing these vessels,” Gilday said.