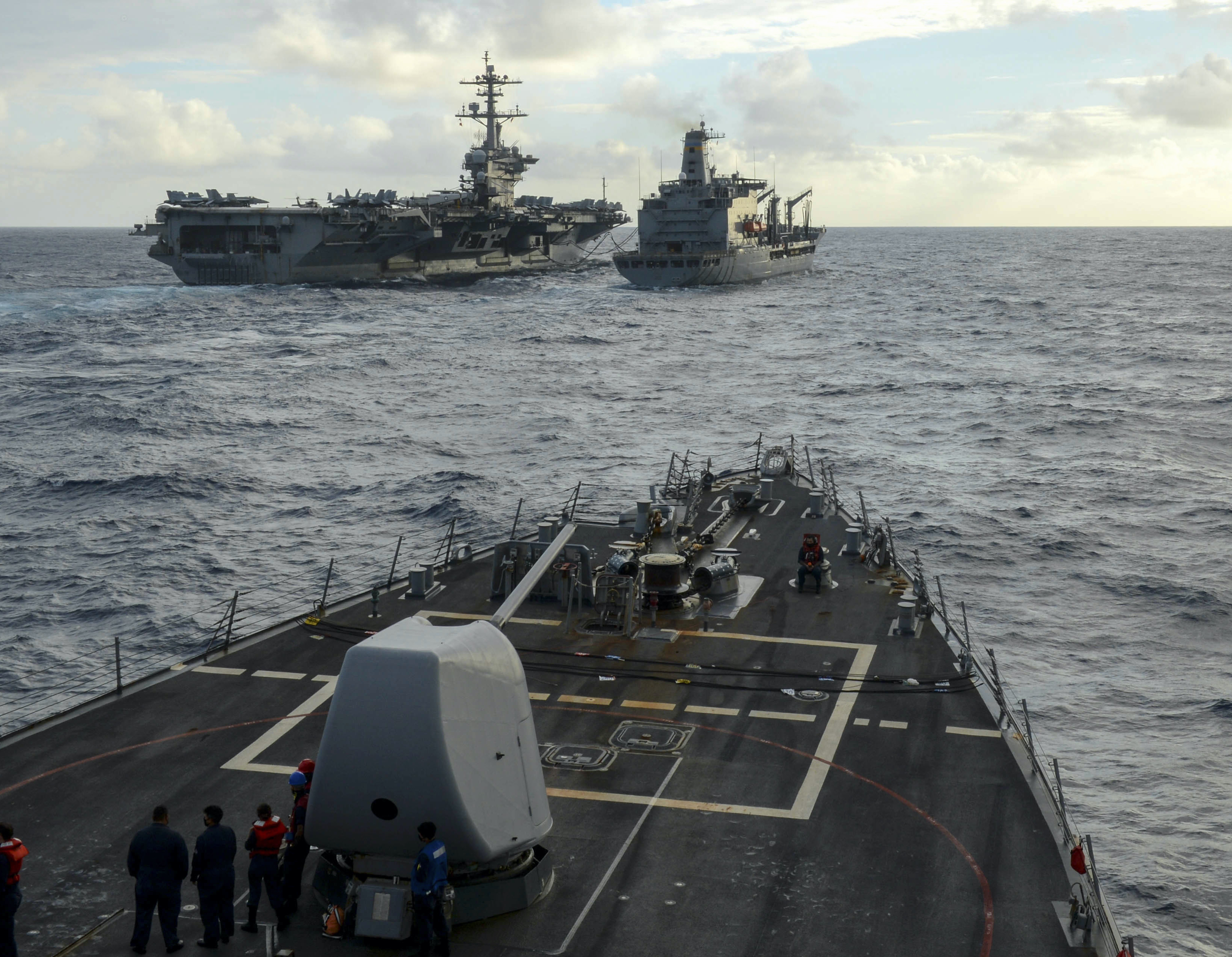 The number of ships in the fleet, now at 296 ships, will decrease if the Navy continues to have flat or declining budgets, the service’s top officer told Congress today.
Despite numerous evaluations showing the Navy needs more ships, Chief of Naval Operations Adm. Mike Gilday told the House Armed Service Committee that without a topline increase to the service’s budget, the fleet will only get smaller.

“As you all know, the results of analysis done over the past five years – whether inside the Pentagon or outside – have been consistent and clear: America needs a larger, more capable fleet,” Gilday said. “Our latest Future [Naval Force Structure] assessment provided the headlights not only for the size of our future fleet, but importantly for the composition of that fleet, the capabilities that it brings to the joint force. If the Navy’s top-line remains flat or goes down further, the size of our fleet will definitely shrink.”

The Pentagon’s overall budget request of $715 billion for FY 2022 is largely flat when factoring in inflation. The Navy is asking for $211.7 billion for the upcoming fiscal year including a modest request to purchase eight ships, four of which are combatants.

Gilday told lawmakers that the service’s budget is trying to balance the need to pursue new capabilities and technology with its readiness priorities. While the Navy has for years been building toward a goal of 355 ships, Gilday said the service only has enough money for 300 vessels with its current budget. 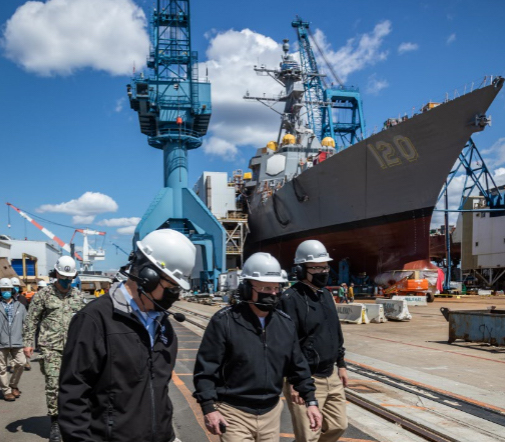 “Nearly 70 percent of the ships that we have today we’ll have a decade from now. We have to take care of the ships that we have today, although the price tag on readiness is rising,” Gilday said. “Over the last 20 years, manpower, operations, and maintenance costs – 60 percent of our budget – have grown at 2.4 percent above the rate of inflation. Meanwhile, the buying power of our Navy is less than it was in 2010. Back then, we had 288 ships. Today, we have 296.”

During the hearing, Rep. Elaine Luria (D-Va.) questioned the FY 2022’s proposal to inactivate 15 ships and the service’s overall divest to invest approach to the budget. She noted that while the Navy is looking to the future, she’s struggling to see what the Navy’s current approach is to a more immediate threat in the Indo-Pacific region.

“I understand you were given a pretty shitty topline by the administration and specifically the Pentagon. You didn’t have a lot of good choices, but you did have choices. And so I was looking at the words you used and you said that this budget is going to divest to invest,” she said. “So that’s your strategy you’re using. And I look back over the last 20 years of budgets and saw that that was a very familiar term, especially in the 2004 budget, where the Navy used that same divest-to-invest strategy.”

“As I’ve said many times, as many of my colleagues have echoed today, you know we’re looking at this Battleforce 2045 – a plan that’s far off – a 355-ship goal that we’re never going to get to when we decommission more ships every year than we actually build, and it causes a great concern because I think there’s an urgency,” Luria added. “I mean, what are we going to do in 2025 to counter this threat?”

During the hearing, lawmakers questioned acting Navy Secretary Thomas Harker about a memo in which he directed the service to nix funding for a new nuclear Sea-Launched Cruise Missile in the Navy’s planning process for the FY 2023 budget.

Harker confirmed to Rep. Mike Rogers (R-Ala.) that the analysis of alternatives (AoA) for the SLCM is not finished. Asked why he called to stop the program, – which the Navy listed in its recent budget submission as a new start for FY 2022 – Harker said he wanted to wait for the new administration to complete its Nuclear Posture Review and update the National Defense Strategy before including the program in fiscal planning.

“I’m not canceling the program. The program is in our FY 22 budget. As we’re starting the planning process for FY 23, we have a process that we go through inside the Navy and Marine Corps where we go and determine which items to put in our budget,” Harker told Rogers.

“My initial guidance was based on the fact that that posture review – the overall posture review and the National Defense Strategy update – have not been completed,” he added. “So I did not want anyone to assume that that would be in until we had further guidance from the Nuclear Posture Review. Once that guidance comes, we will adjust accordingly.”

Gilday told Rogers that he agreed with Vice Chairman of the Joint Chiefs of Staff Gen. John Hyten that SLCM would provide the military with additional deterrence options.

In the FY 2022 request, the Navy asked for $5.2 million in research and development money for SLCM.

“This project will design, develop, produce and deploy a Nuclear-Armed Sea-Launched Cruise Missile (SLCM-N). SLCM-N is scoped to deliver an integrated flight system and to continue to advance SLCM-N capabilities to fully address requirements identified in the 2018 Nuclear Posture Review, SLCM-N Initial Capabilities Document, and examined in the Analysis of Alternatives to mitigate a lack of a sea-based tactical nuclear-based system,” the service’s budget justification books read.

While the budget request shows the service putting funds toward the missile’s development, USNI News previously reported that the Navy does not want the capability due to both operational and budgetary concerns.

The Navy has several high-priority acquisition programs in the coming years, including the Columbia-class submarine – which recapitalizes the sea-based leg of the nuclear triad – and the need to develop a new next-generation fighter aircraft, destroyer, and submarine. Operationally, placing nuclear weapons on naval platforms that have in recent decades only carried conventional weapons could create hurdles for the Navy in conducting port calls and working with allies, USNI News understands. 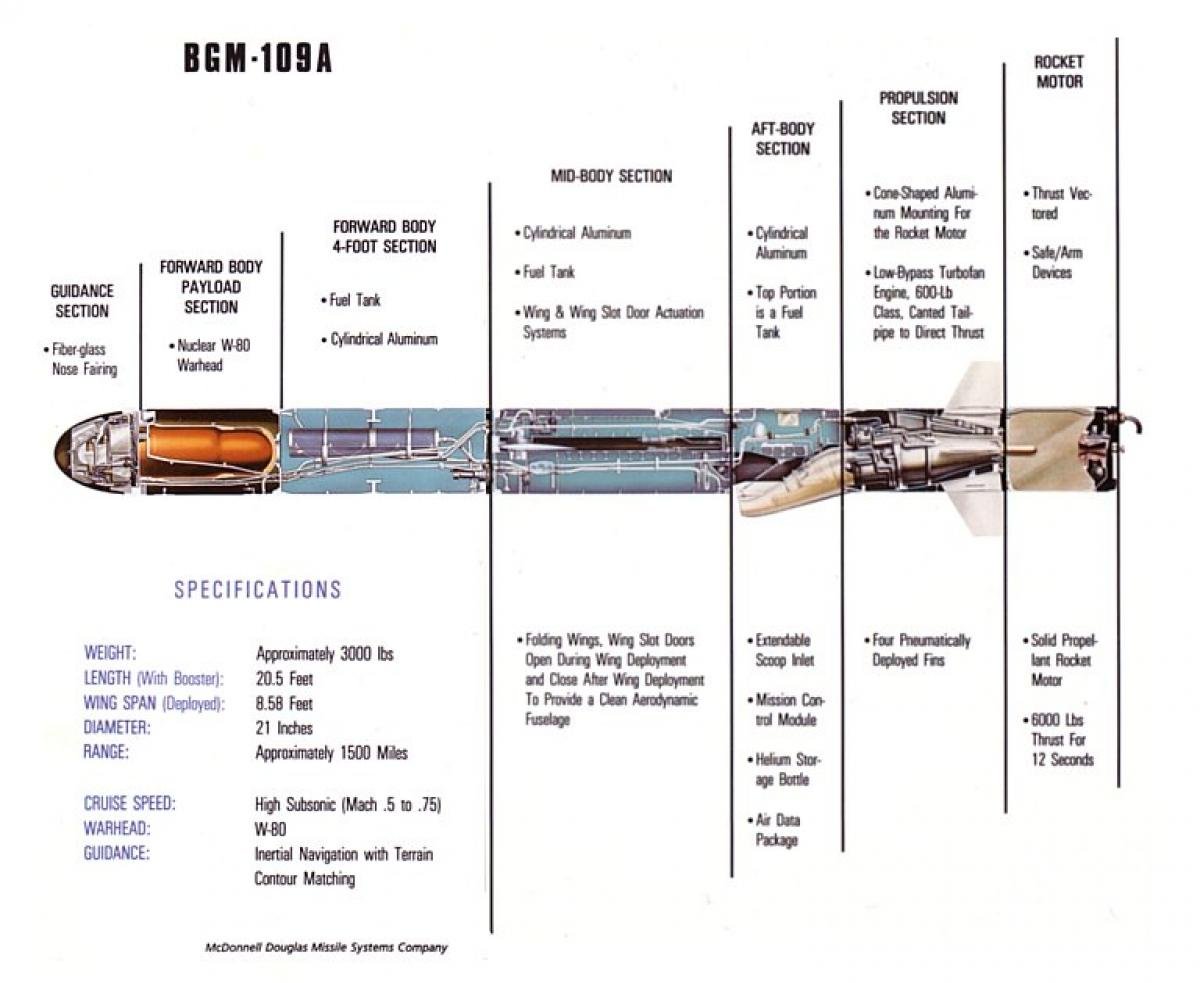 The Trump administration in its 2018 Nuclear Posture Review called for the Defense Department to build low-yield nuclear weapons and specifically develop a new sea-launched cruise missile.

“SLCM will provide a needed non-strategic regional presence, an assured response capability. It also will provide an arms control compliant response to Russia’s non-compliance with the Intermediate-range Nuclear Forces Treaty, its non-strategic nuclear arsenal, and its other destabilizing behaviors,” the 2018 Nuclear Posture Review reads.

But President Biden and Democrats have openly opposed low-yield nuclear weapons. In a 2019 questionnaire that was updated a month before the 2020 election, Biden told the Council for a Livable World that he did not support building low-yield nukes.

“The United States does not need new nuclear weapons,” Biden told the group. “Our current arsenal of weapons, sustained by the Stockpile Stewardship program, is sufficient to meet our deterrence and alliance requirements.”