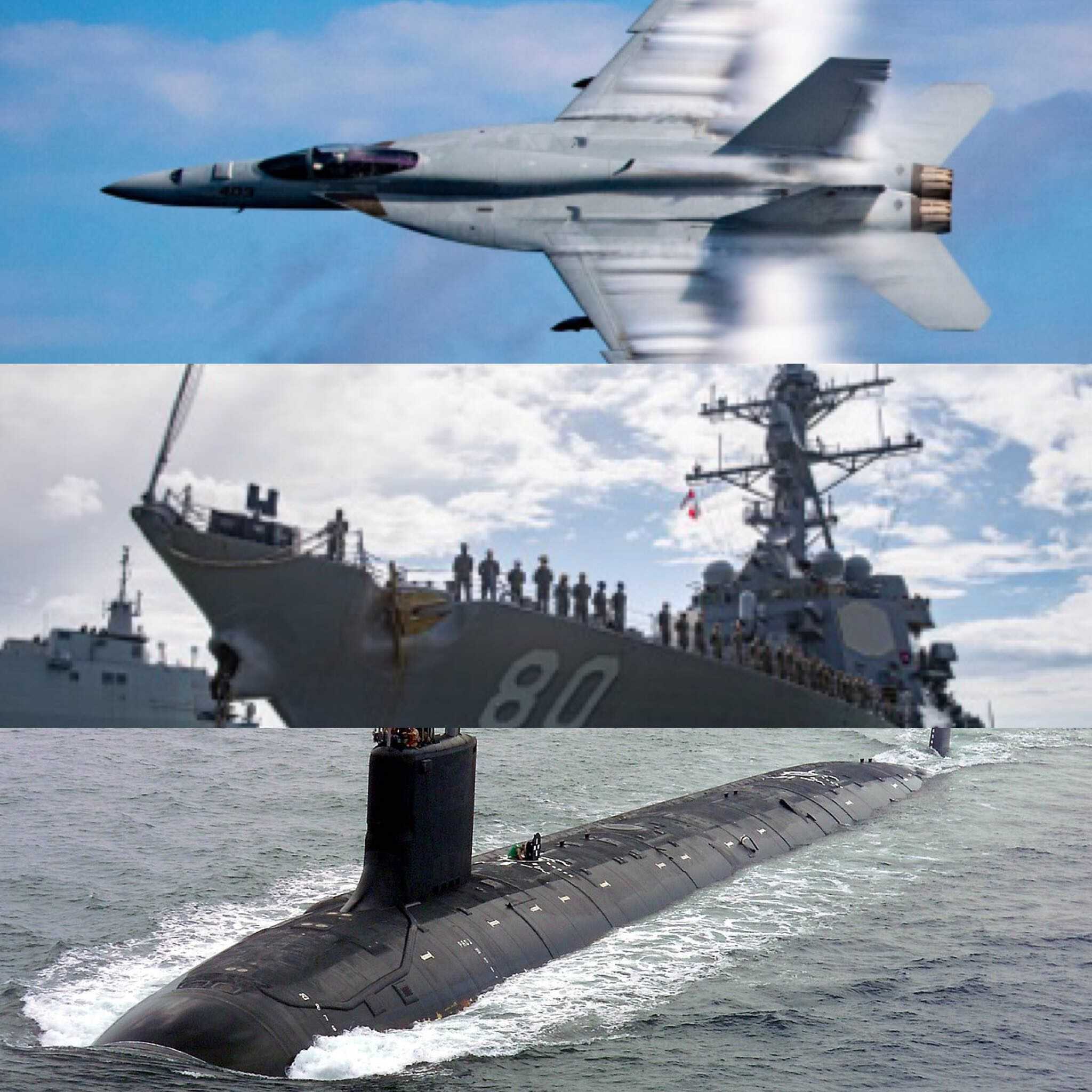 This post has been updated with additional details from the June 4, 2021 memo.

The Navy only has enough money to develop either a new next-generation fighter, destroyer or submarine and will have to pick one platform to invest in, according to a recent memo obtained by USNI News.

In a memo dated June 4, acting Navy Secretary Thomas Harker called on the Navy to choose one of the three programs to initially pursue in earnest in the Program Objective Memorandum 2023 budget cycle.

“The Navy cannot afford to simultaneously develop the next generation of air, surface, and subsurface platforms and must prioritize these programs balancing the cost of developing next-generation capabilities against maintaining current capabilities,” the memo reads. “As part of the POM23 budget, the Navy should prioritize one of the following capabilities and re-phase the other two after an assessment of operational, financial, and technical risk.”

The development of a fighter to replace the F/A-18E/F Super Hornet had gone through fits and starts until last year, when the service stood up a program office to develop the Next-Generation Air Dominance (NGAD) program. Likewise, the Navy this month stood up a next-generation destroyer office to develop the next guided-missile destroyer hull for the service. The Navy has also begun work on what the requirements would be for SSN(X), the next attack boat after the Virginia-class Block VIs.

All three programs are at about the same point of development, USNI News understands.

While the FY 2023 budget will be the first chance for the Biden administration to make its policy mark on the Pentagon, Harker’s memo provides some insight as to the direction the new administration may go.

For example, the memo directs the Navy to cut funds for pursuing a nuclear Sea-Launched Cruise Missile and calls on the service to look for savings on other programs when possible. In the FY 2022 request, unveiled late last month, the Navy asked for $5.2 million in research and development funds for the nuclear Sea-Launched Cruise Missile initiative, which the budget documents describe as a new start for that fiscal year.

“This project will design, develop, produce and deploy a Nuclear-Armed Sea-Launched Cruise Missile (SLCM-N). SLCM-N is scoped to deliver an integrated flight system and to continue to advance SLCM-N capabilities to fully address requirements identified in the 2018 Nuclear Posture Review, SLCM-N Initial Capabilities Document, and examined in the Analysis of Alternatives to mitigate a lack of a sea-based tactical nuclear-based system,” the budget justification books read.

During his presidential campaign, Biden voiced similar views to Smith’s on deterrence and nuclear weapons. In a 2019 questionnaire that was updated just a month before the 2020 election, Biden told the Council for a Livable World he did not support developing the low-yield nukes the Trump administration wanted to pursue.

“The United States does not need new nuclear weapons,” Biden said in his response at the time. “Our current arsenal of weapons, sustained by the Stockpile Stewardship program, is sufficient to meet our deterrence and alliance requirements.”

“When pricing DDG 51, SSN, and MH-53K, assume the Department of the Navy (DON) will maximize use of acquisition authorities such as Multi-year Procurements and Economic Order Quantity to most efficiently utilize taxpayer dollars while providing stability to the industrial base,” reads the memo.

In particular, using multi-year procurement for DDG-51 suggests the service is considering continuing the line of Flight III destroyers built by Huntington Ingalls Industries and General Dynamics Bath Iron Works past the current deal crafted in 2018.

Harker also called for the Navy to prioritize and direct full funding toward Project Overmatch, the service’s part of the larger Pentagon Joint All-Domain Command and Control (JADC2) effort, in a call to “operationalize initiatives that connect warfighters and weapons systems with the data necessary to achieve precision effects,” according to the memo.

The imperative to fund Project Overmatch, according to Harker, is “to enable both increased battlespace awareness and long-range fires as well as support the seamless transition to assured unmanned operations.”

The memo also calls for a decrease to the Navy’s infrastructure ashore and for shedding one percent of the Navy’s total square footage in facilities.

“The Navy cannot afford to own, operate, and maintain its current infrastructure and must prioritize demolition to achieve long-term sustainment; the Chief of Naval Operations is directed to develop a 10-year infrastructure reset strategy, similar to the Marine Corps, to achieve a 1 percent facility footprint reduction measured in square feet per year over 10 years,” reads the memo.

In personnel terms, Harker wants to expand and improve work-from-home options for the service, expand education opportunities for sailors – including funds to support the Naval Community College to serve 5,000 students – and fund more mental health services in the fleet.

In conclusion, Harker reminded Navy leaders that the money the service has available “has essentially remained constant since FY18 in real terms while the Navy’s ship count has increased,” reads the memo.
“Prioritization of programs of leadership interest will best ensure alignment with the Secretary of Defense’s guidance and deliver a force aligned with the will of the American people.”