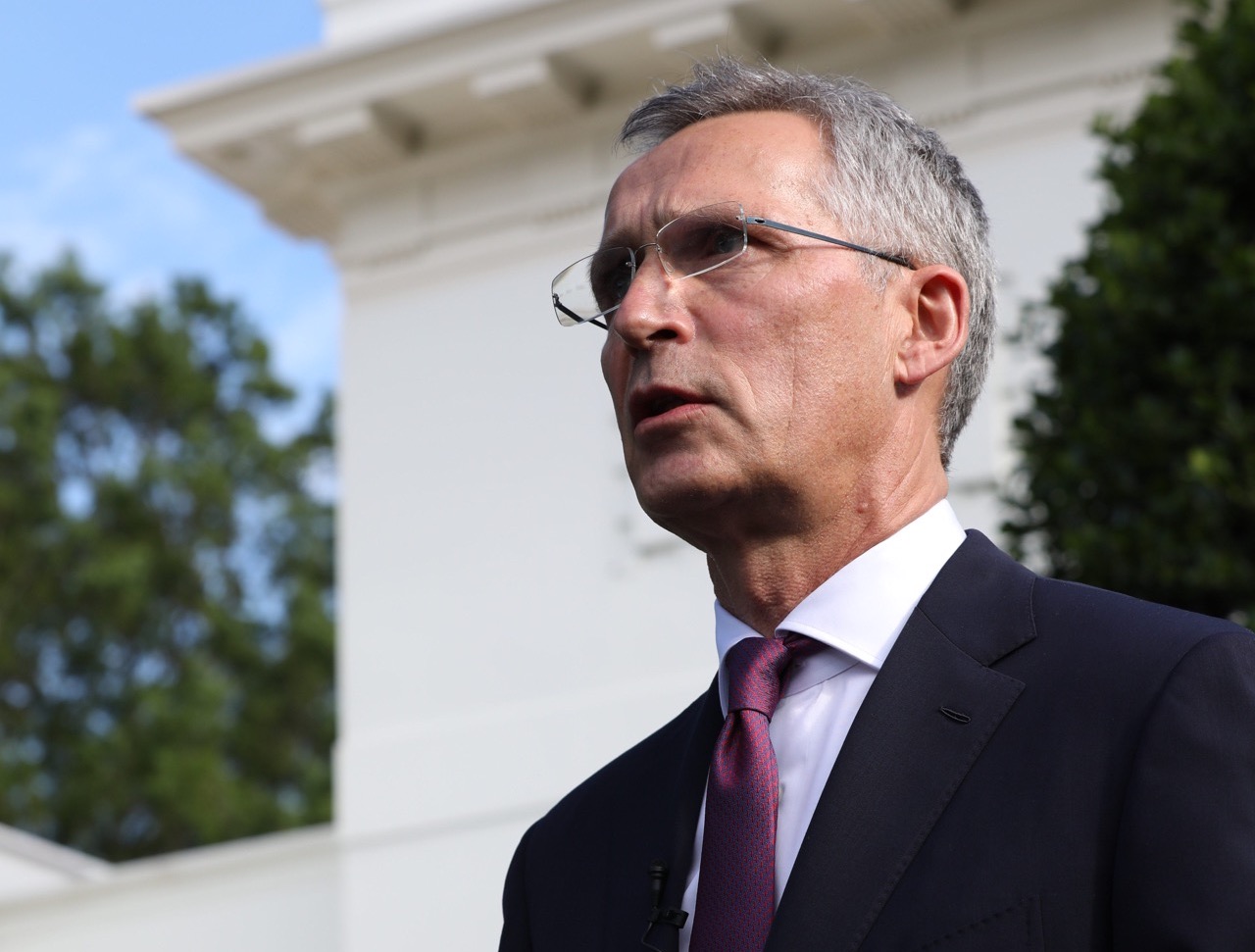 NATO Secretary General Jens Stoltenberg meeting with the press outside the White House on meeting with US President Joe Biden on June 8, 2021. NATO Photo

In a warning to adversaries, NATO’s secretary general said increasingly sophisticated cyber attacks on its members could trigger an alliance response.

The alliance treats cyber “as an operational military domain,” Jens Stoltenberg said Monday at The Atlantic Council. Several years ago, the alliance agreed cyber attacks needed to be regarded in the same light as a military land, air or sea assault on a member and could set off a collective response based on NATO’s Article 5 response.

As an example of more frequent intrusions in other nations’ affairs, he noted Russia’s “meddling in domestic elections” and cyber attacks on its neighbors and aggressive military behavior in Ukraine. He specifically mentioned Russia-based malware attacks through Solar Wind and on Germany’s parliament.

Moscow’s “pattern of aggressive actions” remains a “great concern” to the alliance, he said.

Speaking the week before a NATO summit meeting in Brussels, Stoltenberg added it was important “to call out bad behavior when we see it.”

In its relations with the Kremlin, he said the alliance pursues a two-track approach – “strong and firm” but open to dialogue over arms control issues, ways to reduce tensions in Europe and climate change.

Stoltenberg said that since 2014, when Russia took over Crimea and backed separatists in Ukraine, members have stepped up their spending on national security. Instead of only three members reaching a threshold of 2 percent of gross domestic spending going to defense that year, there are now 10 at or over that alliance goal. The other 19 are gradually raising their security spending to the 2 percent level.

He added that alliance members are also working more closely together on military modernization as a way of improving their defenses while also holding down the costs of going it alone.

“I’m optimistic” that this commitment to increased spending on security and technological cooperation will continue, Stoltenberg said.

To deter the Kremlin’s future “use of military force against its neighbors,” he said NATO now has four battle groups in the easternmost alliance nations and has a greater naval presence in the Baltic and Black seas that includes major exercises. NATO is providing “political and practical support” to Ukraine in its struggle with separatists.

With five members of the alliance being Arctic nations, the region is drawing “increasing focus and presence” on NATO maritime patrol aircraft and submarines. Stoltenberg said these steps “show necessary presence” as Russia moves more aircraft and forces northward. In many cases, he said Moscow is “re-opening old bases from the Cold War” at a time when sea lanes through the Arctic are remaining ice-free for longer periods of time.

Russia holds the largest amount of territory in the Arctic and regards the Northern Sea Route as within its borders.

China, with the world’s second-largest economy and large modernized military presence, is a “matter [of concern] to all NATO allies.” While working with China on climate change and trade, Stoltenberg said allies are concerned about the impact of Beijing’s investment in critical infrastructure – telecommunications, undersea cables, etc., – on their internal security.

As a result, a number of European nations, like the United Kingdom, shut the door on Chinese-based telecommunications giant Huawei controlling its emerging 5G network.

The Chinese Communist Party does not “share our values.” Stoltenberg cited Beijing’s crackdown on democratic forces in Hong Kong and treatment of minorities, like the predominantly Muslim Uyghurs.

On Afghanistan, he said the alliance’s “intention was never to stay forever.” He said the country is very different now from what it was like in 2001, when it provided a safe haven for al Qaeda.

Stoltenberg added, it “was a difficult decision to end the military mission.”

Stoltenberg said NATO was looking for ways to train Afghan security forces, including special operations forces, outside the country. He added the alliance’s civilian assistance to the national government continues “to preserve the hard-won gains” achieved since 2001.