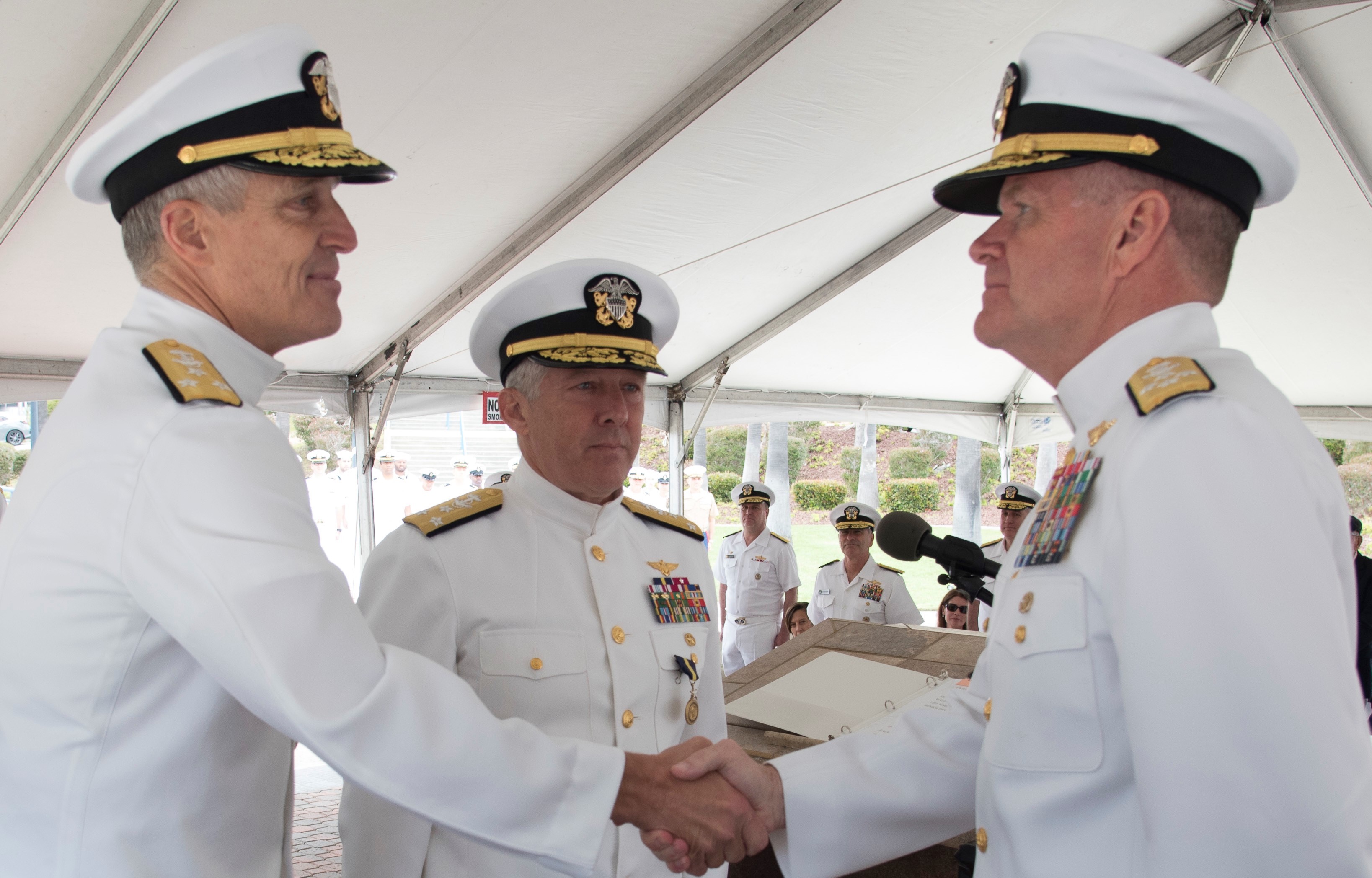 The Navy’s numbered Fleet in the Eastern Pacific has a new commander following a Thursday ceremony, the service announced on Friday.

Koehler is a career fighter pilot who was confirmed last year to lead U.S. 2nd Fleet, but was not installed to the position. His commands at sea include “Pukin’ Dogs” of (VFA) 143, USS Bataan (LHD-5), USS Dwight D. Eisenhower (CVN-69) and Carrier Strike Group 9.

“I am excited to continue the fantastic work Vice Adm. Conn and all of the 3rd Fleet team members have done over the past two years to deter our adversaries, assure our allies and partners, and ensure our forces are, if necessary, poised to compete and win,” said Koehler.
“It is an honor to return to San Diego and join this historic command. I look forward to all that we will accomplish together.”

Conn will report to Washington, D.C., to serve as deputy chief of naval operations for warfighting requirements and capabilities (OPNAV N9). The career fighter pilot has served as the head of 3rd Fleet since September of 2019. Prior to the command, Conn was the director of air warfare on the chief of naval operations’ staff (N98). He also commanded Carrier Strike Group 4, Naval Aviation Warfighting Development Center, Carrier Air Wing 11, Strike Fighter Squadron VFA-106, and VFA-136.

“Third Fleet warfighters are unparalleled,” said Conn in a statement. “I am so proud to have been here—to have had the privilege to work with these sailors every day, to wear the 3rd Fleet patch, and to lead 3rd Fleet.”