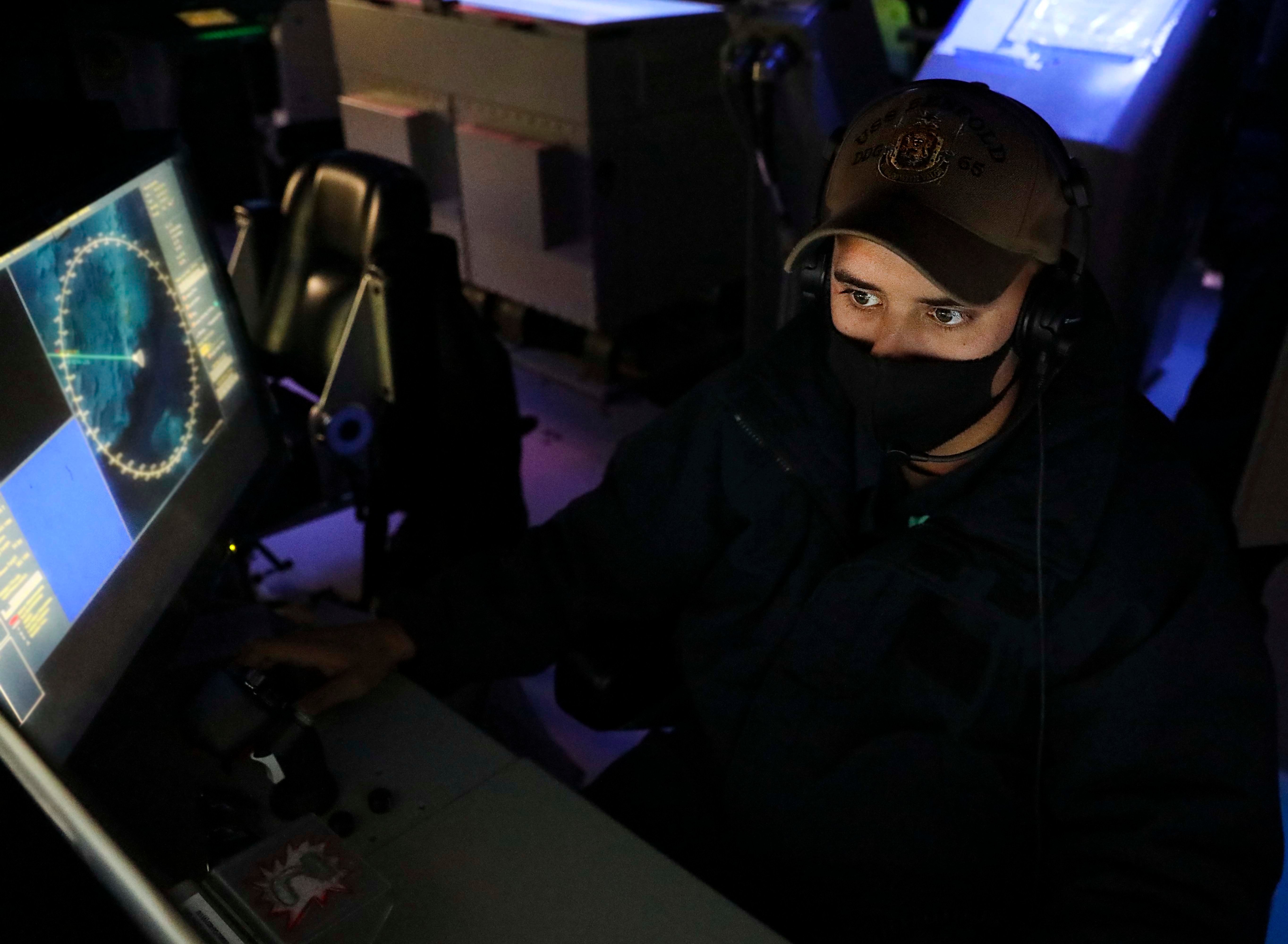 After seeing how effective it is for an information warfare commander to operate within a carrier strike group, the Navy will now experiment with placing an IWC in its Maritime Operations Centers.

Speaking at the virtual C4ISRNET conference on Wednesday, Vice Adm. Jeffrey Trussler, the deputy chief of naval operations for information warfare (OPNAV N2/N6), said the Navy plans to test out this idea during the upcoming Large Scale Exercise 2021.

“The same concept is being discussed. Should we have an IWC construct here? A little bit different environment than out with the strike group, but the concept merits some discussion,” he continued. “We’re having that discussion right now. It will even be experimented with during the Large Scale Exercise that the Navy is going to conduct later this year. We’re going to – one of our fleet commanders is going to test that concept out in the Maritime Operations Center.”

Trussler said the service hopes to receive feedback from the fleet’s experimentation during the Large-Scale Exercise 2021, which will provide the Navy and Marine Corps the chance to perform drills to test the services’ various operating concepts.

“We think it’s a powerful concept,” Trussler said of putting an IWC within the MOC. “We think it’s just a continued maturation of the information age and we need to manage that information differently, not only with the tools we’re going to develop but with how we cross that into decision-making of [the] commander and his staff.”

After talking to the Navy’s carrier strike group commanders, Trussler said they liked having the information warfare commander operating within the CSG.

“So instead of taking classic warfare officers, having them integrate among several, we’ve now put this IWC in place – ‘hey, that is your job. Integrate these disciplines and environments into the best decision space so that the commander can take advantage of, point at one unit, one cell, one commander and take recommendations or give orders to that can affect some of those things,’” Trussler added.

The plans to test out the information warfare commander operating from a MOC come as the services pursue a tactical data network for the joint force that could easily take information from various platforms and systems and move targeting information through all domains.

The Navy, for its part, is pursuing the Project Overmatch initiative, which is meant to feed into the Pentagon’s overall Joint All-Domain Command and Control (JADC2) effort to connect systems and platforms to a battle network that can pull and transmit the targeting data across the joint force.