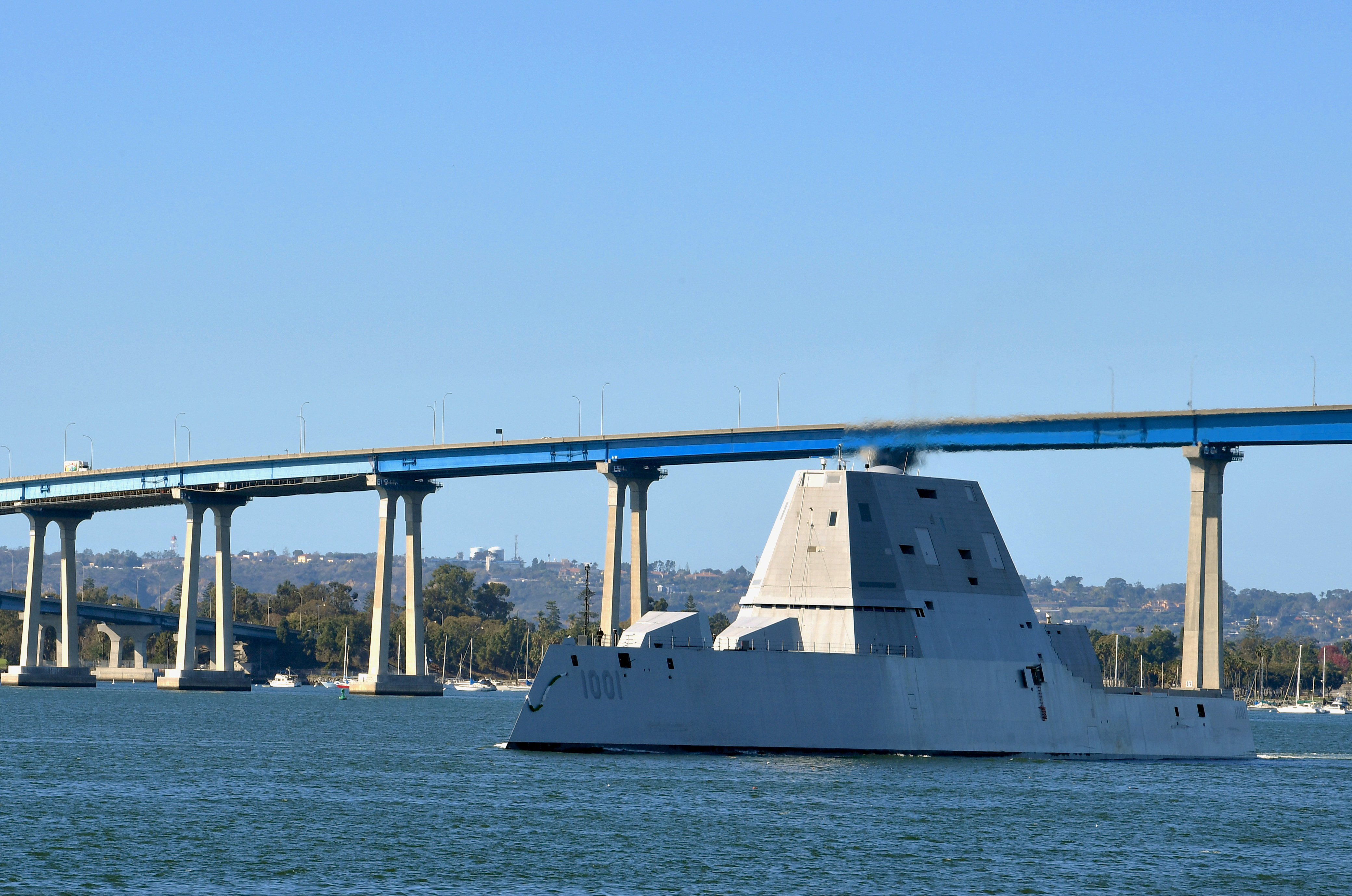 The Navy will get a first glimpse of what future operations could look like, when a Zumwalt-class destroyer manages long-range surveillance and fires by manned and unmanned platforms in an upcoming exercise in the Pacific.

U.S. Pacific Fleet will host its most complex exercise to date involving unmanned systems, with next month’s Fleet Battle Problem exercise including unmanned aircraft on the water’s surface and in the air and USS Michael Monsoor (DDG-1001) commanding and controlling the missions.

As the Navy tries to convey the seriousness with which it plans to pursue a fleet overhaul to incorporate manned-unmanned teaming into almost everything the service does, this upcoming exercise will show off how far the sea service has come in technology and concept of operations (CONOPS) development and what work still remains.

“The Unmanned Campaign Framework states it is imperative that we understand what our future force will need to operate both in day-to-day competition as well as high-end combat. The event being held in the 3rd Fleet operational area, under the guidance of U.S. Pacific Fleet, is exploring elements of that future force that will have the greatest impact on increasing the fleet’s lethality,” U.S. Navy spokesman Lt. Tim Pietrack told USNI News today.
“Through operational scenarios, what we learn from this event will provide pertinent and timely input to the Naval Research Enterprise and the acquisition community, to better inform unmanned system development moving forward.”

USNI News previously reported that a Zumwalt destroyer would be integrated into the complex exercise this spring, alongside unmanned surface vessels – both the Zumwalt DDGs and medium and large unmanned surface vessels fall under the same developmental squadron for concept of operations development and fleet introduction – but the Navy today revealed more details about this event. 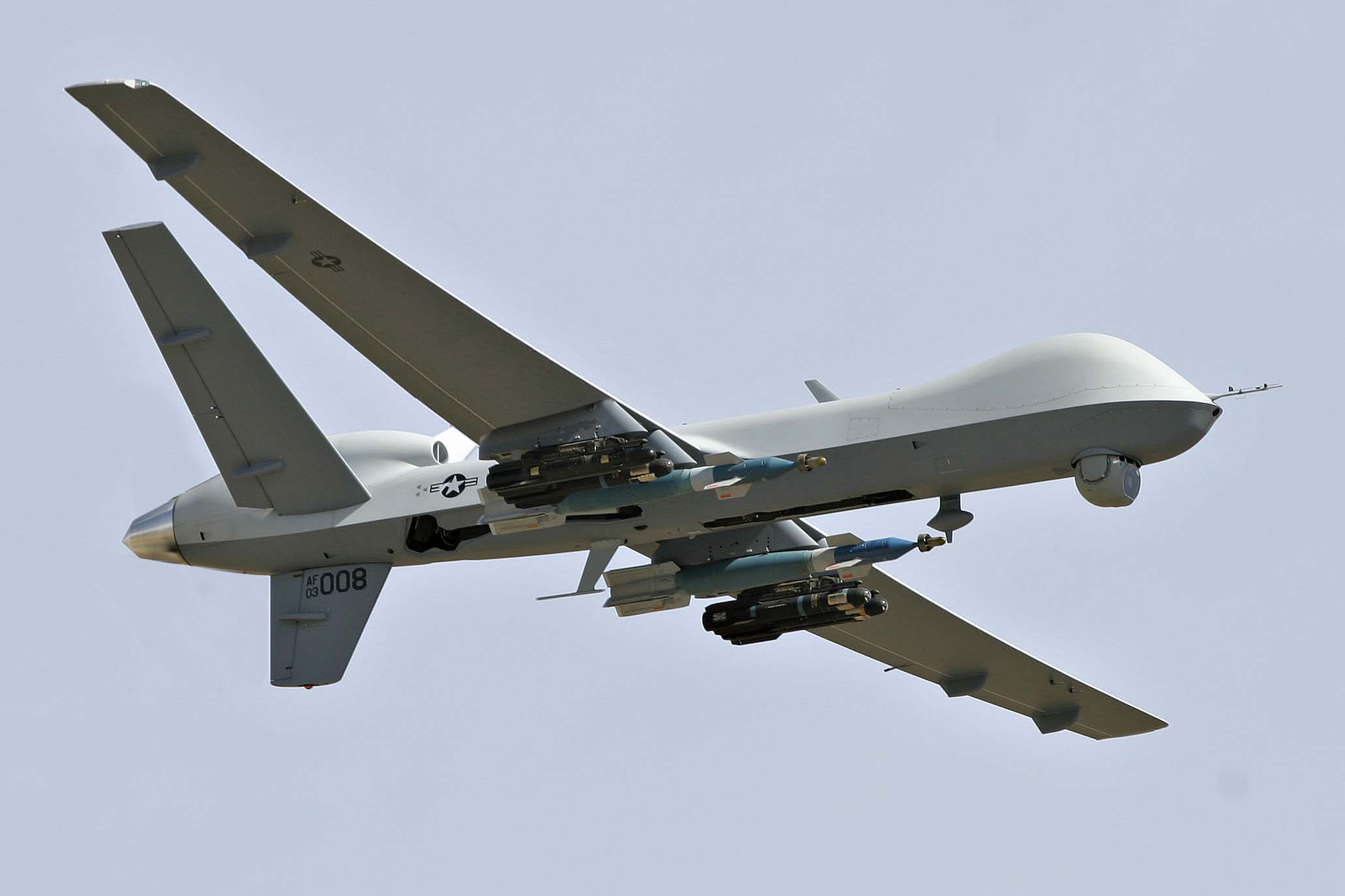 The Navy has already used the first MUSV prototype, Sea Hunter, in several exercises and fleet familiarization events through the Surface Development Squadron-1 (SURFDEVRON). SURFDEVRON was expecting to take control of the second vessel, newly renamed Sea Hawk, in the second quarter of Fiscal Year 2021, making it available to also participate in the April event.

“The MDUSV Sea Hunter and Sea Hawk will support manned fleet units by integrating various payloads to assist in anti-submarine warfare and building maritime domain awareness. The continued assessment of the autonomous capability of both Sea Hunter and Sea Hawk have led to great advances in reliability and compliance with collision provision regulations for autonomous surface vehicles,” Pietrack said. USNI News previously reported that Sea Hunter had conducted operations with a towed array for anti-submarine warfare and with an intelligence, surveillance and reconnaissance (ISR) package for maritime domain awareness.

In the air, “the MQ-9 Sea Guardian will expand the traditional role of the MQ-9 by working with Navy and Marine Corps systems in both scouting missions and anti-submarine warfare missions,” Pietrack said. The Marines are using the MQ-9A extended range aircraft today in U.S. Central Command and plan to explain their fleet to conduct mission over land and oversea, and contractor General Atomic has pitched the SeaGuardian MQ-9B as a potential tool for ASW operations. 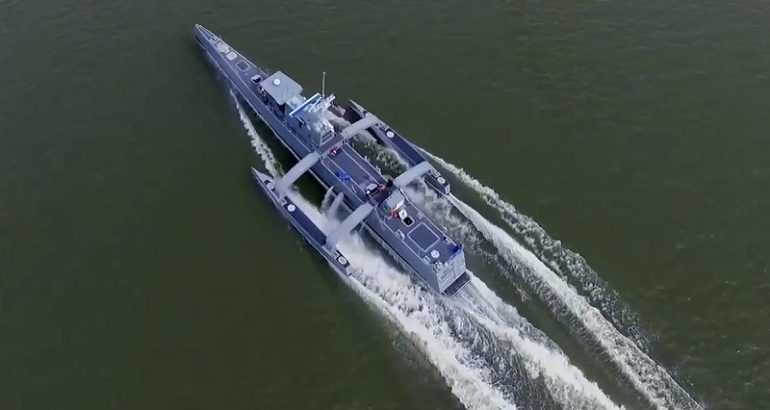 “The Fire Scout, which will conduct operations from a Littoral Combat Ship, is designed to integrate with both Navy and U.S. Marine Corps units,” Pietrack added.

Heading up the event is Monsoor, which “will use the ship’s unique capabilities to command and control manned and unmanned forces to conduct long-range, multi-domain fires.”

The Navy has seen some success – both in technological development and securing support from lawmakers in Congress – with unmanned systems that are smaller and focused on a particular mission, such as the mine countermeasures unmanned surface vehicle, formerly called the common USV (CUSV), which had a clear purpose to carry a minesweeper and then later a minehunting sensor package. As the Navy tried to scale up to larger platforms like the Sea Hunter MUSV and the Overload Large USV prototype, though, lawmakers have had a lot of questions about the technical risk of such programs, as well as how well thought out the CONOPS were and if the Navy knew what it really needed to buy to complete the missions it envisioned conducting with larger-sized USVs.

Fleet Battle Problem will be the first opportunity to use two MUSVs in an exercise and to integrate them with unmanned aircraft. 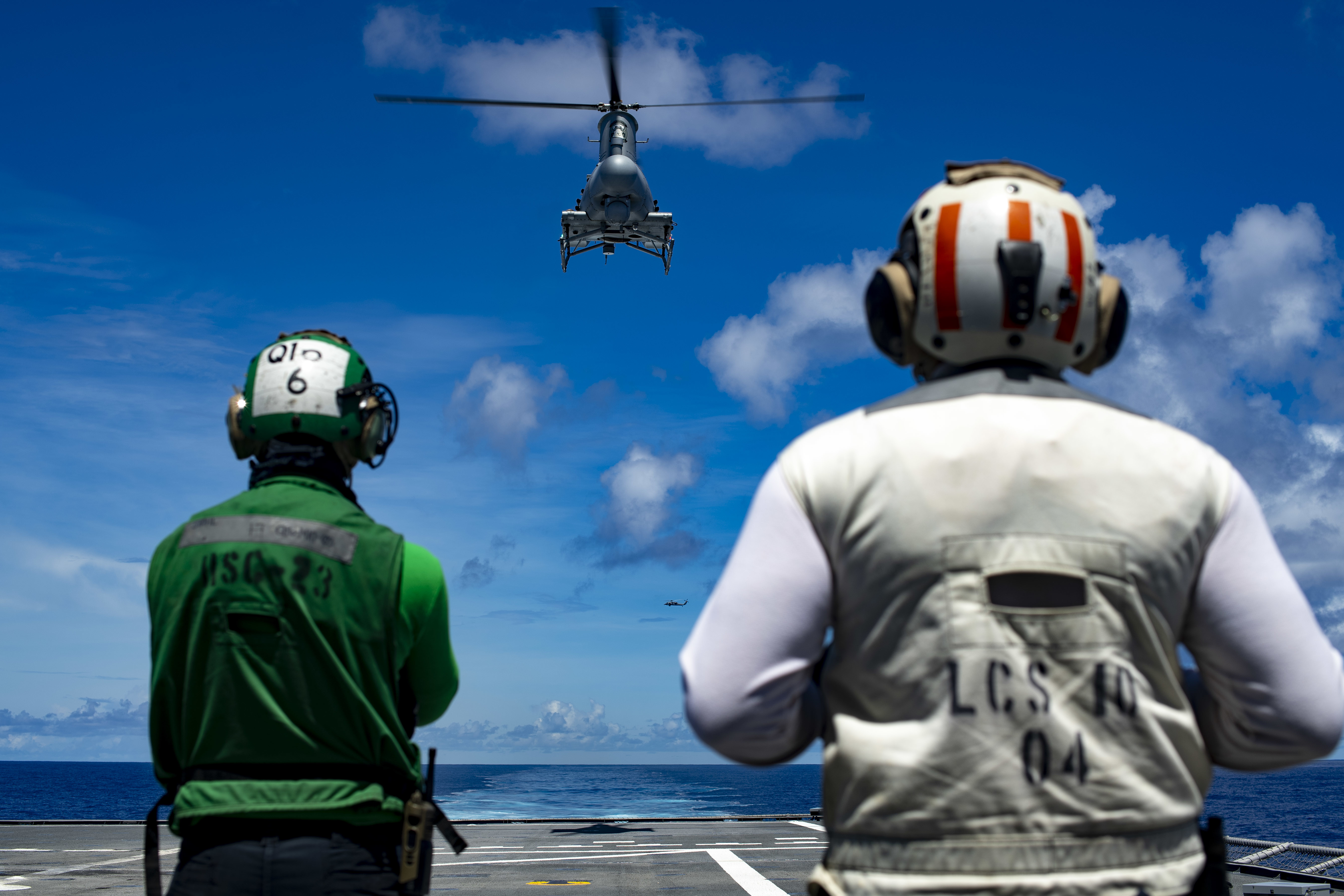 The Zumwalt-class destroyers have been something of a ship class without a focus since the Navy stopped work on the long-range rounds for the DDG-1000 advanced weapon system and the ship was switched from a land-attack focus to a blue-water maritime strike focus. Aside from talk of installing hypersonic anti-ship missiles onto the Zumwalts, it’s been a bit unclear how the three-ship class might be used. This demonstration could provide a path forward, if the advanced destroyer and its significant space and power margin onboard prove useful as a mothership to unmanned craft in multiple domains.