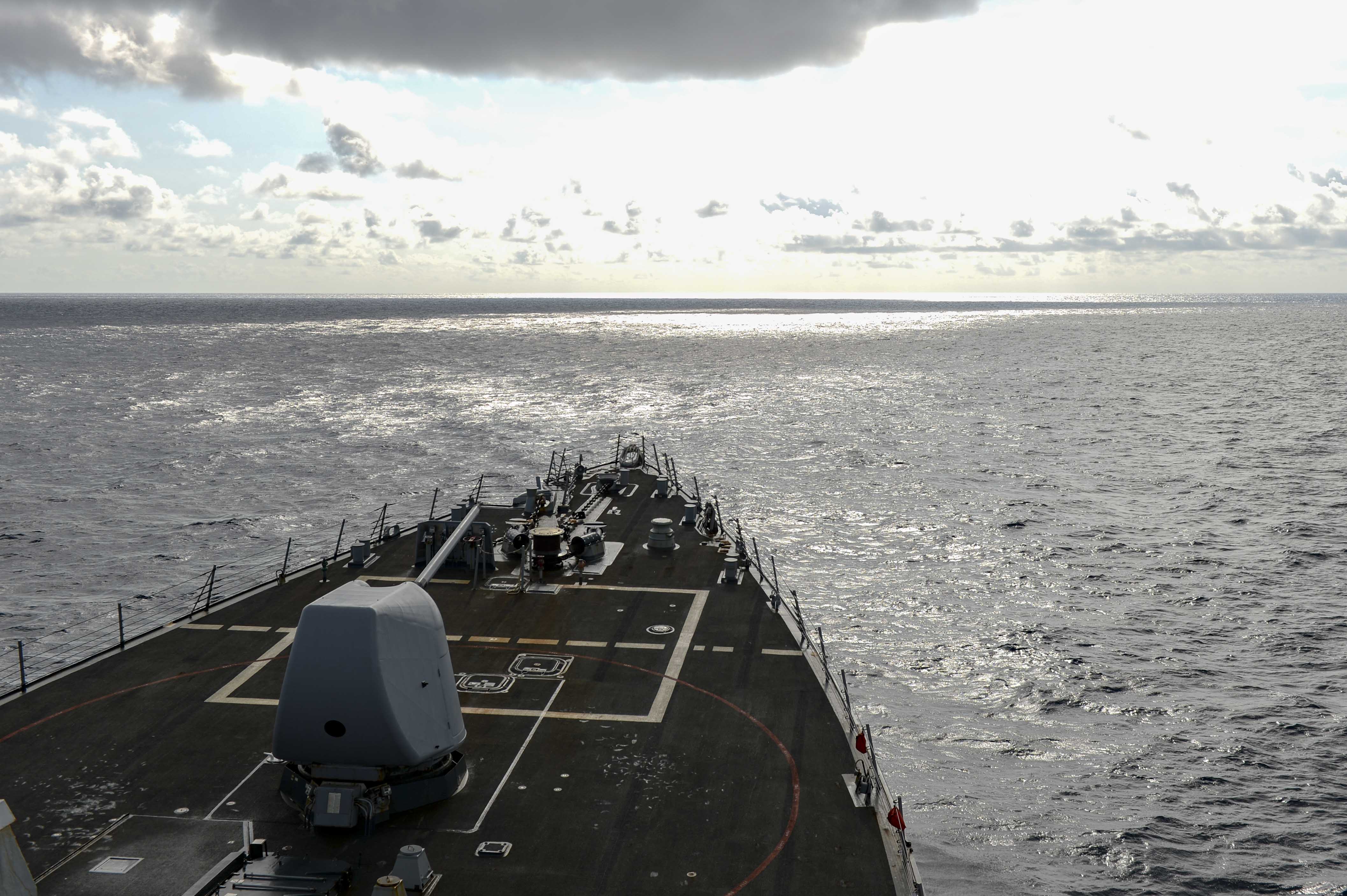 “This freedom of navigation operation (‘FONOP’) upheld the rights, freedoms and lawful uses of the sea recognized in international law by challenging unlawful restrictions on innocent passage imposed by China, Vietnam and Taiwan,” the release reads.

Earlier this month, USS John S. McCain (DDG-56) performed a FONOP near the Paracel Islands after the destroyer moved through the Taiwan Strait. Taiwan, China and Vietnam have all staked claims to the islands.

The Navy conducted multiple FONOPS in the South China Sea last year and appears to be continuing that practice under the new Biden administration.

“China, Vietnam, Taiwan, Malaysia, Brunei and the Philippines each claim sovereignty over some or all of the Spratly Islands. China, Vietnam, and Taiwan require either permission or advance notification before a foreign military vessel engages in ‘innocent passage’ through the territorial sea. Under international law as reflected in the Law of the Sea Convention, the ships of all States –including their warships –enjoy the right of innocent passage through the territorial sea,” 7th Fleet said in the news release.

“We didn’t see anything significantly out of the norm with our two carriers coming together for this rendezvous,” Verissimo said.

“We left Guam about a week ago. Nimitz was on their way home and it was a great opportunity to come together and the fact that we came together in the South China Sea was based on our navigation plan and making the most efficient route to and from our areas,” he continued. “So we didn’t see anything beyond normal patterns of life when we were operating together over the past couple days.”