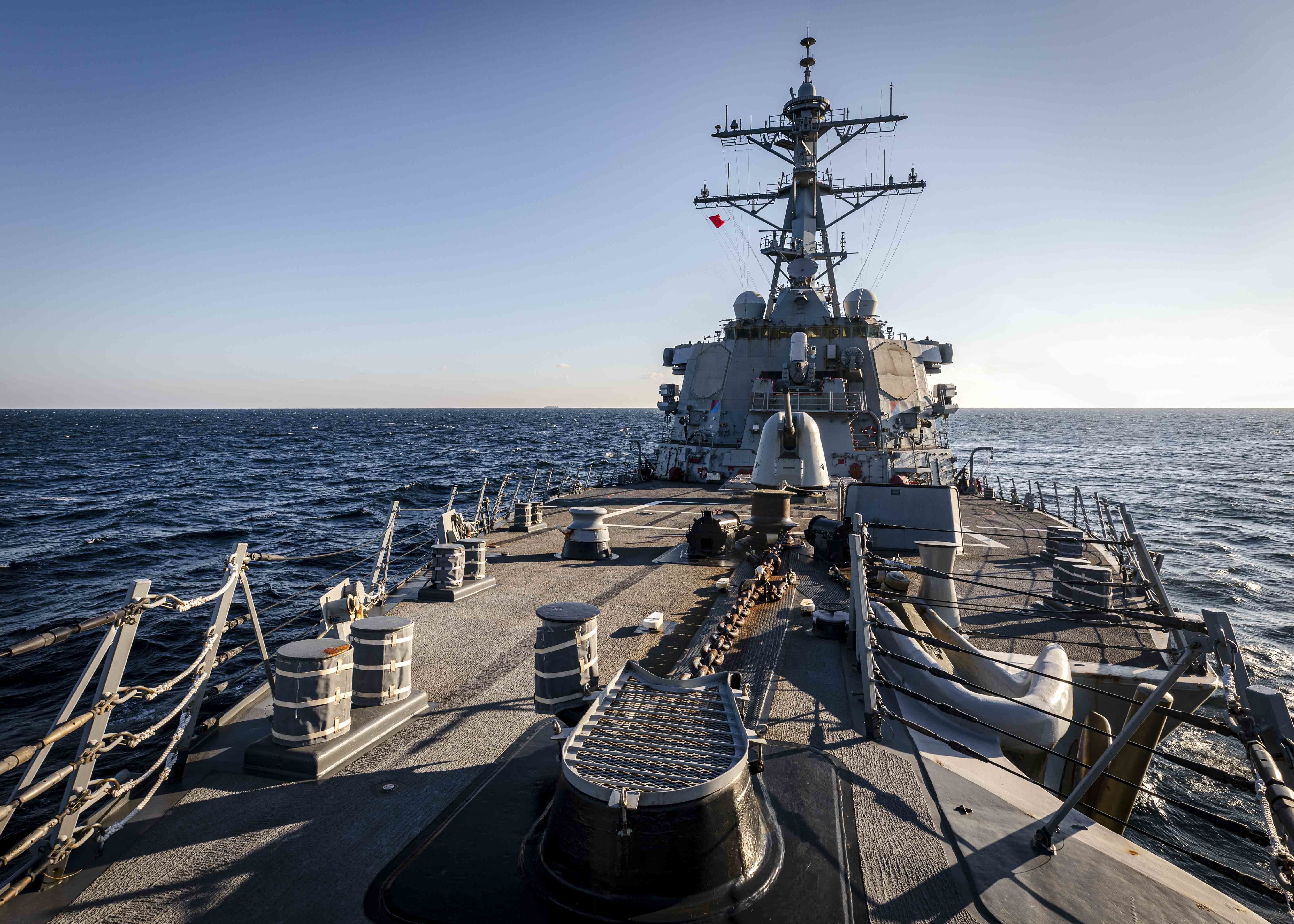 A U.S. guided-missile destroyer performed a freedom of navigation operation in the South China Sea on Tuesday, the Navy announced.

USS John S. McCain (DDG-56) operated near the Spratly Islands, which Taiwan, China and Vietnam have all staked a claim to, U.S. 7th Fleet said in a news release.

“Unlawful and sweeping maritime claims in the South China Sea pose a serious threat to the freedom of the seas, including the freedoms of navigation and overflight, free trade and unimpeded commerce, and freedom of economic opportunity for South China Sea littoral nations,” the Navy said.

Littoral Combat Ship USS Montgomery (LCS-8) in January of this year performed the first FONOP of 2020 when it sailed through waters near the Spratly Islands, USNI News previously reported.

The Navy has conducted multiple FONOPS in the South China Sea this year, as the U.S. maintains a steady presence in the waters as a hedge against China.

“China, Vietnam, and Taiwan require either permission or advance notification before a foreign military vessel engages in ‘innocent passage’ through the territorial sea. Under international law as reflected in the Law of the Sea Convention, the ships of all States –including their warships –enjoy the right of innocent passage through the territorial sea,” reads the 7th Fleet statement.
“The unilateral imposition of any authorization or advance-notification requirement for innocent passage is not permitted by international law, so the United States challenged these requirements. By engaging in innocent passage without giving prior notification to or asking permission from any of the claimants, the United States challenged the unlawful restrictions imposed by China, Taiwan, and Vietnam.”

Last month, McCain performed a FONOP in the waters near Peter the Great Bay, a gulf off of Russia’s Pacific coast in the Sea of Japan. The Navy at the time refuted a Russian claim that one of its destroyers drove McCain out of the waters.

McCain’s FONOP comes several days after destroyer USS Mustin (DDG-89) moved through the Taiwan Strait. Following Mustin’s transit, China’s new carrier on Sunday performed a transit through the strait while heading to training in the South China Sea, according to a Reuters report.