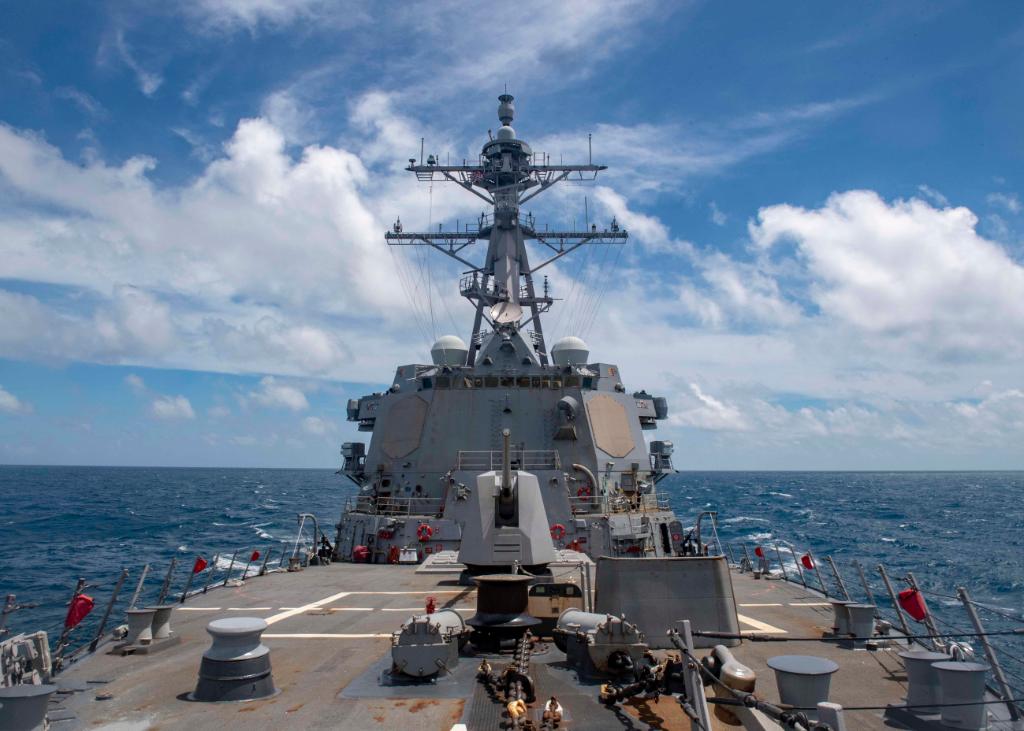 USS Mustin (DDG-89) operated past the islands that are claimed by China, Vietnam and Taiwan.

“This freedom of navigation upheld the rights, freedoms, and lawful uses of the sea recognized in international law by challenging the unlawful restrictions on innocent passage imposed by China, Taiwan and Vietnam and also by challenging China’s claim to straight baselines enclosing the Paracel Islands,” Cmdr. Reann Mommsen told USNI News.

China has several installations on the island chain off the coast of Vietnam and claims a zone around the chain that requires a warship seek permission to enter.

“One of the missiles, a DF-26B, was launched from the northwestern province of Qinghai, while the other, a DF-21D, lifted off from Zhejiang province in the east,” according to a report in the South China Morning Post citing a source in the PLA.
“Both were fired into an area between Hainan province and the Paracel Islands.”

The family of anti-ship missiles is a key concern of Pentagon military planners who worry the missiles with a range of about 2,500 miles put major U.S. capital ships at risk in a ring around China.

The Chinese test comes a day after Beijing complained a flight of a U.S. Air Force U-2 reconnaissance plane violated protective airspace around a PLA exercise.

“The trespass severely affected China’s normal exercises and training activities and violated the rules of behavior for air and maritime safety between China and the United States, as well as relevant international practices,” Wu Qian, a spokesperson for the Chinese Defense Ministry, said in a statement.
“The U.S. action could easily have resulted in misjudgments and even accidents.”

U.S. Pacific Air Forces confirmed the U-2 operation but said the aircraft was operating within the bounds of international law.

Earlier this month, Mustin had made a transit of the Taiwan Strait shortly after drilling with Japanese warships in the East China Sea.