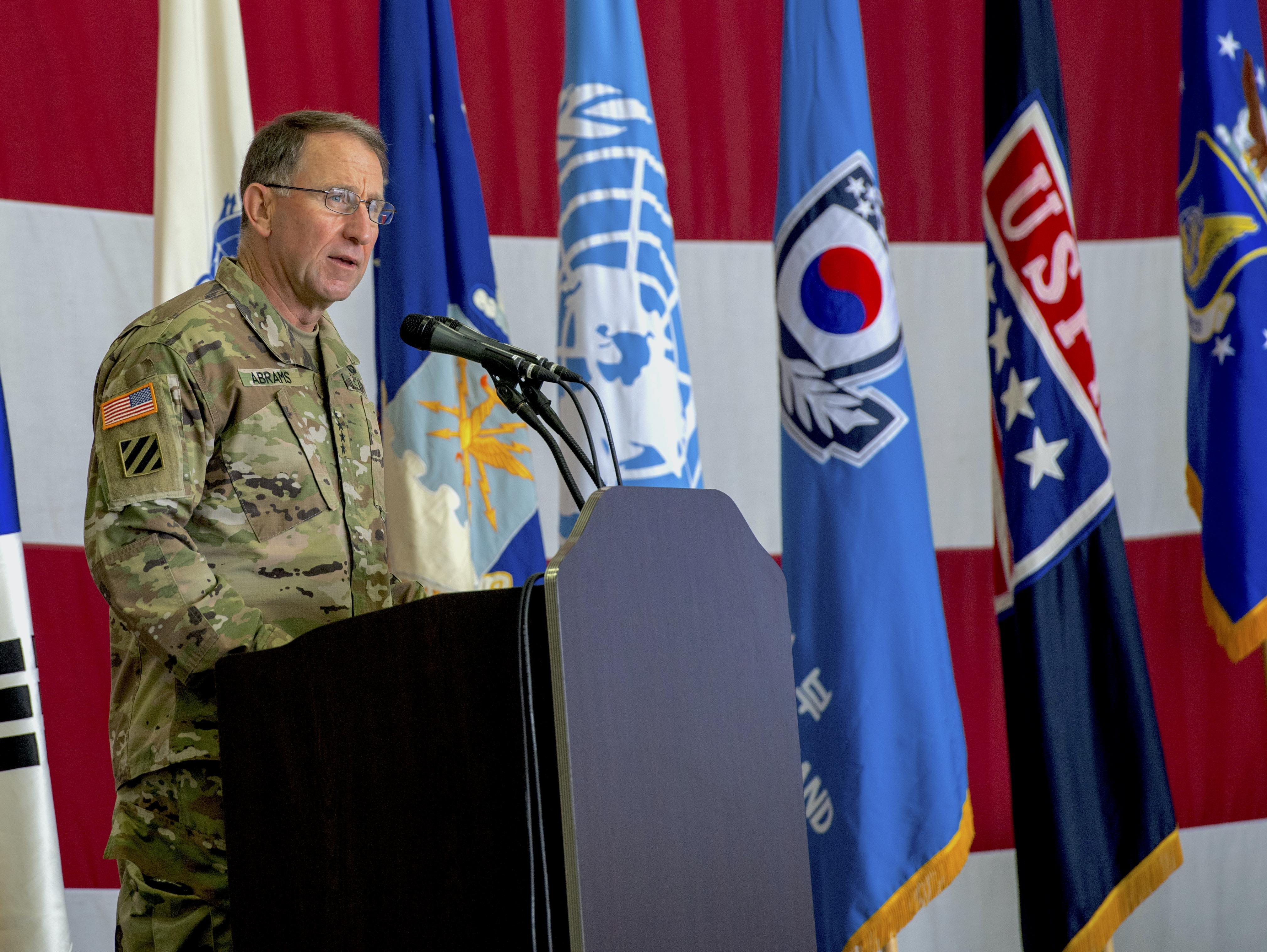 Army Gen. Robert Abrams said American forces “do so without talking about it,” arguing there “is really no need for us to advertise it.”

Speaking at an ICAS event on Monday, Abrams said “we have adjusted in some cases” the exercises’ size and scale and “cancelled or postponed a handful,” but they are continuing.

President Donald Trump, following his 2018 summit meeting with North Korean lead Kim Jong-un, had ordered a pause in the exercises to facilitate diplomatic talks about denuclearizing the peninsula. But as Abrams said, for the past 16 months, the North Koreans “haven’t been answering the phone” on resuming negotiations.

Despite North Korea’s refusal to resume negotiations on the future of the peninsula, Abrams emphasized that the “reduction in tensions [since 2017] is palpable” from the Demilitarized Zone to offshore islands. Pyongyang has so far not resumed testing nuclear weapons, he added. But over the last three years, Abrams noted Kim has built up conventional forces – including special operations; expanded capabilities in cyber and information operations; and the size, range and lethality of its growing ballistic missile arsenal.

Abrams, in response to a question, said the North’s parade of sophisticated missiles and other weapons in a night-time celebration of its 75th anniversary might not be more than show at this point. “We don’t have people on the ground there … to look under the hood” to see if the missiles worked, he said. “We ought to be careful thinking that all of those are fully capable systems.”

He said North Korea maintains the fourth or fifth largest armed force in the world. At some point “quantity is quality,” particularly in a mountainous terrain like Korea’s. “You have to look no further than Afghanistan to see how this is infantry combat.” he said.
“In this terrain, numbers matter.”
During his opening remarks, Abrams said the most recent three-week theater-level training event took place despite the COVID-19 pandemic because the United States has employed an “aggressive reception and quarantine program” for service members coming onto the peninsula. Abrams said that in some respects, “it is more stringent than Korea’s entry requirements.”

So far only five American service members have tested positive for the virus in Korea, he said. This “builds trust and confidence of everyone.”

The pandemic also “has not dampened our defense commitment,” he said.

“For [training] to be credible, we have to have live-fire training,” but “we are sending our air crews [fixed-wing and rotary] to train off the peninsula,” he said. Abrams noted this is also affecting crew qualification schedules. The situation “is not sustainable in the long term,” a warning he also issued last fall.

Overall, “we’ve got all the tools we need” to deter North Korea. He added that he expected to be supported by U.S. 7th Fleet if push came to shove, as well as air units from Japan and partners from the United Nations.

“We have a very large quiver of a lot of different arrows” to defend South Korea, Abrams said.