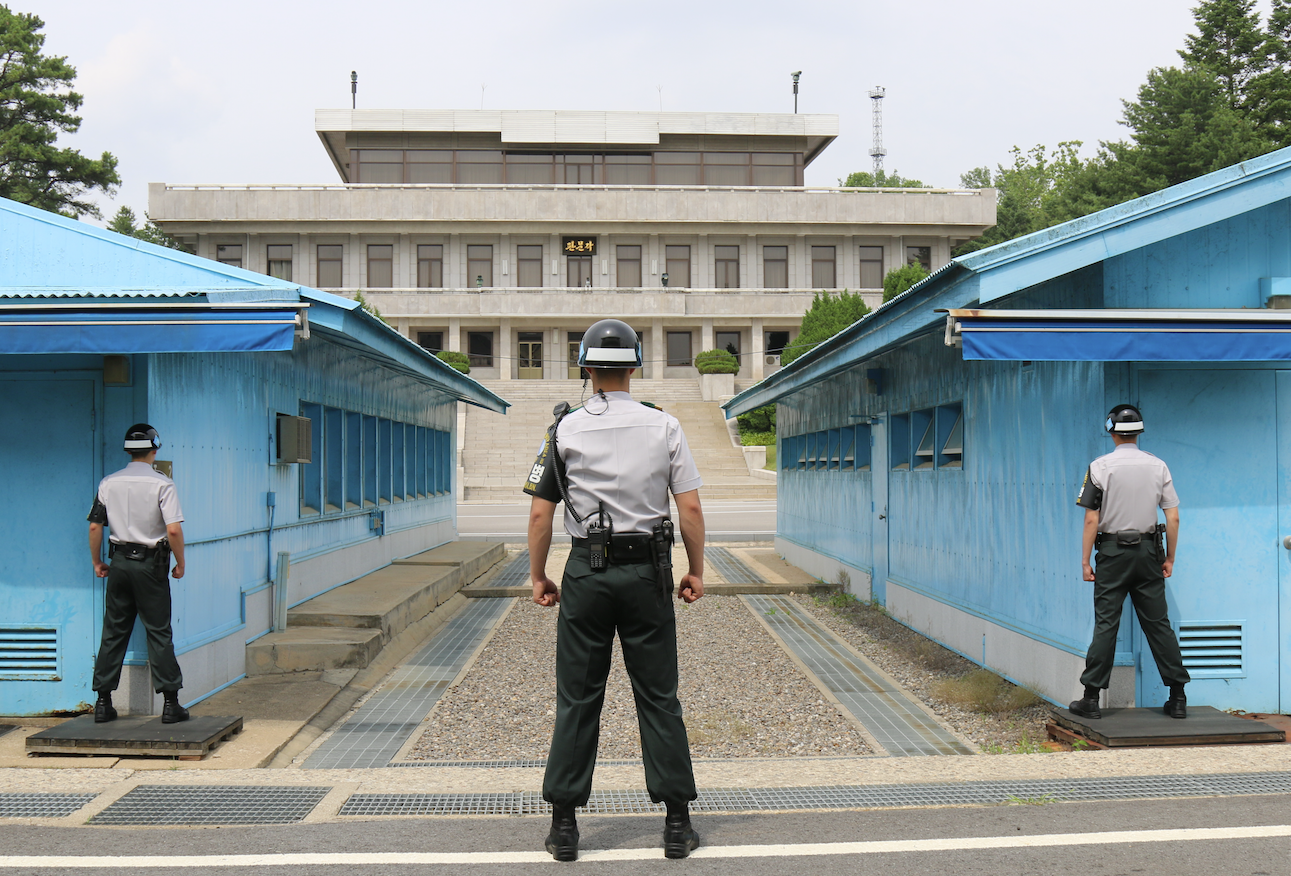 The former top commander in South Korea said he thinks continuing to halt large-scale military exercises “is no longer relevant” as a negotiating tool with North Korea over denuclearizing the peninsula.

During his remaining tenure as commander of U.S. Forces Korea “we did exercises in different ways,” he said. President Donald Trump ordered a halt to the exercises after his summit talks with North Korean leader Kim Jong-un. “That’s a tradeoff where we could take some risk” at the time, Brooks said. He added that his successor, Army Gen. Robert Abrams, and Seoul’s top military commanders have continued to find workarounds to keep readiness high while also not conducting large exercises.

But over time “there is some degradation” by not having major exercises to iron out challenges, Brooks said. Abrams, in a recent Center for Strategic and International Studies forum, gave an example of this. He acknowledged his concern that combined air-ground maneuvering exercises could not be done on the peninsula and that not conducting those drills had an impact on readiness.

“Right now, I think we’re at an impasse” in meaningful talks with North Korea,” Brooks said. He cited a number of reasons why: waiting for the outcome of the American election, the combined impact of economic sanctions and the COVID-19 pandemic on its already weak economy and slow recovery from three typhoons earlier this year.

“They had their hands full,” dealing with those events.

Unchanged is North Korea’s insistence on remaining a nuclear power to guarantee its survival.

When asked about the restraint Kim has shown since the Singapore summit, Brooks said one way of looking at last year’s short-range missile tests is as reminders to Seoul, Tokyo and Washington to not “count us out” because “we’re still very, very dangerous.”

He said even during this time of restraint the North tested new land-based missile launchers to demonstrate a different capability.

Another benefit to the North with these shorter-range tests is that they “keep tensions in the alliance structure” since the American homeland is not directly threatened. “South Korean officials might say: are you still with us” if the North uses these weapons on us, Brooks said.

That hasn’t been the case.

Brooks said the American-South Korean alliance is strong. The two nations “don’t have to be in lockstep” but should “operate in tandem” on Pyongyang’s efforts to deal only with Seoul on the peninsula issue and Washington on nuclear programs.

Brooks called North Korea “the land of many surprises” where “changes can be abrupt” as they were in 2017. Throughout the year, North Korea tested intercontinental ballistic and submarine-launched ballistic missile tests and increasingly powerful nuclear weapons.

But Kim saw “the U.S. is doing things we haven’t seen before” [threatening military action] after the ICBM tests that threatened Guam, Hawaii and the mainland “and put all of the alliances of the United States at risk.”

“The lack of dialogue” posed “significant danger.” Brooks posed a rhetorical question, were North Korea and Washington close to war and answered “yes.” He added, “we were certainly prepared to strike North Korean launches” of missiles that appeared to threaten allies or the United States.

The American pressure caused Kim to change the calculus of his actions.

“That created … decision change by Kim” to pull back from force and try face-to-face diplomacy with Trump. “The game was changed” to allow diplomacy “to keep us from going over the brink.”

Oct. 10 marks the 75th anniversary of the Korean Workers Party, the bedrock of Kim’s regime. The anniversary is usually marked by large parades of military equipment that this year could include displays of multiple independently targetable missiles [MIRV] or re-entry vehicles that can be maneuvered in flight.

“We can’t stand down” and must not “misread what we see,” Brooks said.