This post has been updated to clarify that the Marine Corps has begun experimenting with a Marine Littoral Regiment formation, but has not yet formally stood up the unit.

The service saw several key programs reach important milestones. Meanwhile, Marine Corps Commandant Gen. David Berger unveiled a long-awaited report on the initial phases of his force design efforts. The blueprint lays out how the Marine Corp will shed heavy equipment typically used by ground forces and invest in lighter equipment needed for the amphibious force that will move between islands in the Pacific.

While the Marine Corps is still charting its path forward on its Force Design 2030 initiative, the service took key steps in its acquisition portfolio to prepare making the investments required to be competitive in high-end conflict.

After facing delays due to technical issues, the Marine Corps’ new heavy-lift helicopter program appears to be moving forward.

While the Navy restructured its program for the CH-53K King Stallion helicopter, built by Lockheed Martin-owned Sikorsky, officials earlier this year said they were ready to increase production now that many of the technical issues had been addressed.

Then-Deputy Commandant of the Marine Corps for Aviation Lt. Gen. Steven Rudder earlier this year said the service hopes to lower costs for the program by increasing production.

“The higher the numbers, the greater the learning curve from production,” Rudder said during a House Armed Services tactical air and land forces subcommittee hearing in March. “As we saw with F-35, as we ramp production, the cost curve comes down.”

Meanwhile, Sikorsky earlier this month announced that the last of three trainers for the CH-53K was “ready for training,” and that the Marine Corps and contractor next month would start training the squadron tasked with performing the program’s initial operational test and evaluation stage.

The Composite Maintenance Trainer (CMT), a model of the aircraft that allows Marines to utilize the hardware and controls, was the last of the three trainers finished, USNI News recently reported.

Sikorsky had already completed the Helicopter Emulation Maintenance Trainer (HEMT), a lab used to teach mechanics how to maintain the aircraft, according to the contractor. The Containerized Flight Training Device (CFTD), which Sikorsky describes as “a portable full-mission flight simulator that will allow flight crews to train on the full scope of Marine Corps heavy lift missions, including external lift operations,” was the first trainer the contractor finished. 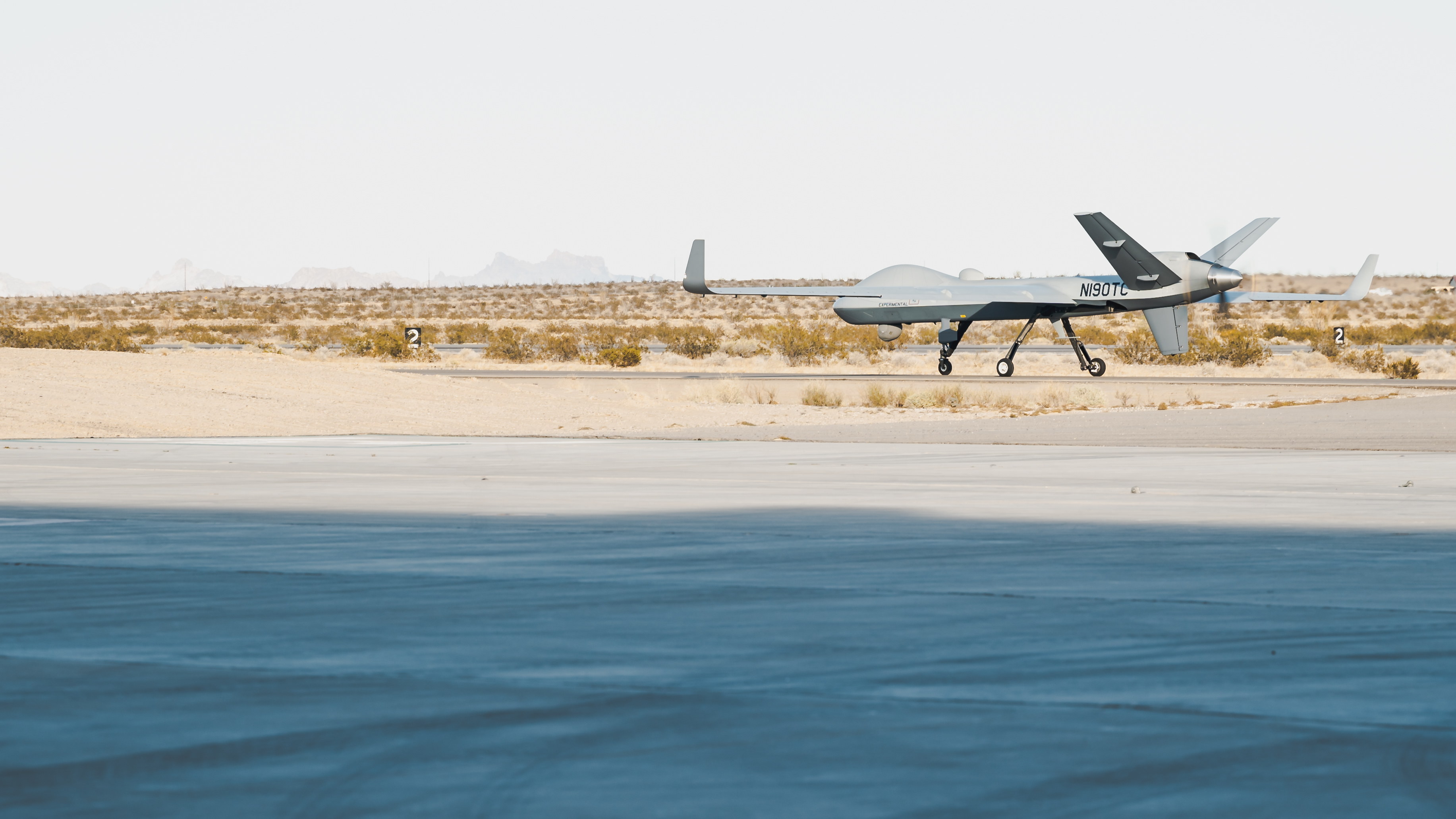 The Marine Corps this year revealed it had scrapped plans to immediately buy a large ship-based drone, a program known as the Marine Air-Ground Task Force (MAGTF) Unmanned Aerial System (UAS) Expeditionary, or MUX. The service planned for MUX to be a Group 5 unmanned aerial vehicle, which is the largest UAV.

As the Marines pursued MUX, the service discovered it could not include all of the program’s numerous requirements in one air vehicle at a sensible cost.

While the Marine Corps is still working to determine how it will incorporate Group 5 UAVs into the force, officials this year forecasted plans to place smaller UAVs into the ground combat element, while the larger ones would operate with the aviation combat element.

“Initially, as we look at how our unmanned side is going to evolve, we’re taking a lot of the Group 1 through 3 capabilities and moving them into the ground combat element. They will receive some support from us, but it will be resident within their maneuver units, when you start looking at the Littoral Regiments and so forth,” Deputy Commandant of the Marine Corps for Aviation Lt. Gen. Mark Wise said during a panel at this year’s virtual Tailhook Association symposium. “As we look at the larger ones, the Group 5 capabilities and the Medium Altitude Long-Endurance … that will continue to be resident on the aviation side of the house for all of the man, train and equip side of that.”

Rear Adm. Brian Corey, commander of the Navy’s Program Executive Office for Unmanned Aviation and Strike Weapons (PEO U&W), earlier this year described MUX as a key component of Berger’s force design initiative. Corey also said the Marines would use the lessons learned from flying the MQ-9 Reaper they purchased to inform the MUX development. The Reaper is a Group 5 UAV the Air Force flies, but the Marine Corps bought its own drone.

“MUX is a medium-altitude long-range UAS that will be a cornerstone capability for the Marine’s Littoral Regiment,” Corey said, referring to a new unit the Marines plan to stand up in response to Berger’s initial force design report. The Marines are experimenting with the MLR in the Pacific.

“The land-based system will provide ISR and network data to expeditionary forces and act as the foundational element of Marine Corps force design,” Corey added of MUX.

The amphibious combat vehicle, which is slated to succeed the Assault Amphibious Vehicle, achieved initial operational capability in November. Several weeks later, the Marine Corps issued BAE Systems a $184 million contract to build 36 vehicles for lot one of the program’s full-rate production phase.

“This first lot of full-rate production is planned to grow to 72 vehicles in early 2021, with the options calling for 80 vehicles annually over five years,” BAE said in a Dec. 10 news release.

“BAE Systems is currently under a $67 million contract modification awarded in June 2019 to develop new variants for the ACV Family of Vehicles program to enhance battlefield situational awareness and firepower,” the release reads. “The contract calls for the design and development of the command (ACV-C) and the 30mm medium caliber cannon (ACV-30) variants. Design and development efforts have begun on both.”

“While I have repeatedly stated that all-domain reconnaissance and counter-reconnaissance will be a critical element of any future contingency, I remain unconvinced that additional wheeled, manned armored ground reconnaissance units are the best and only answer – especially in the Indo-Pacific region,” Berger wrote in a report on the first two finished phases of the Marine Corps force design.
“We need to see more evidence during Phase III to support this conclusion before engaging in an expansion of our existing capacity, or committing billions of dollars in procurement funds towards the acquisition of an Advanced Reconnaissance Vehicle (ARV),” he added.

While the future of the potential program remains uncertain, the Office of Naval Research in 2019 issued Science Applications International Corp. and General Dynamics Land Systems contracts to each build a technology demonstrator for the ARV. 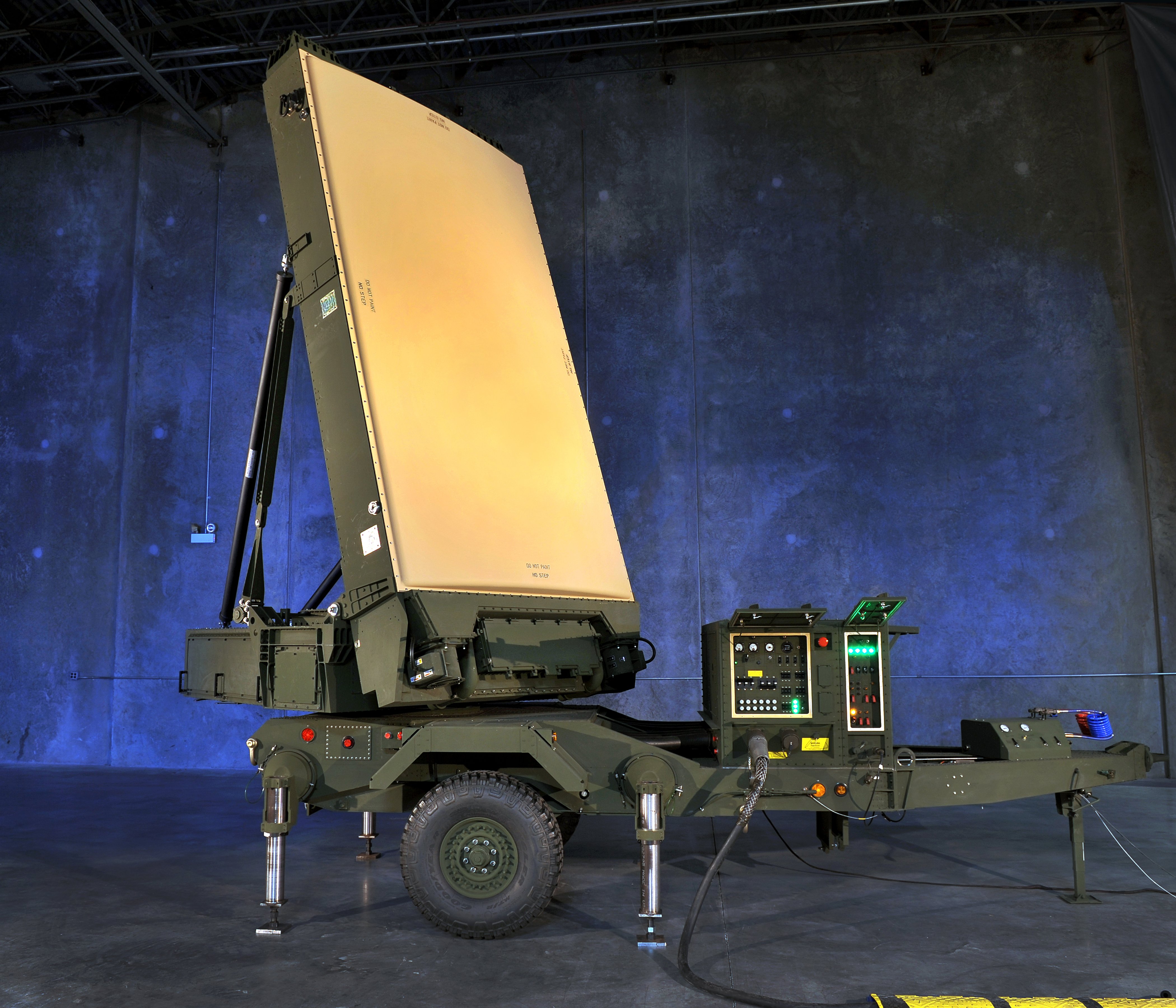 As the Marine Corps’ modernization efforts this year extended to its radar systems. The service in August announced plans to replace its AN/TPS-59 radar system with the AN/TPS-80 Ground/Air Task Oriented Radar (G/ATOR).

“The AN/TPS-80 G/ATOR will provide us with a much more expeditionary asset, bringing setup and teardown to less than 30 minutes,” Marine Air Control Squadron (MACS) 1 radar chief Gunnery Sgt. Jeffery Tracy said in a statement at the time.

“The setup requires a crew of four Marines to accomplish while the AN/TPS-59 would require a crew of approximately 10 and range from four to eight hours for full setup and operation.”

G/ATOR is one component of the Marine Corps’ integrated air and missile defense, which is expected to be a focus for the Marines as the service adjusts to the Pentagon’s National Defense Strategy.