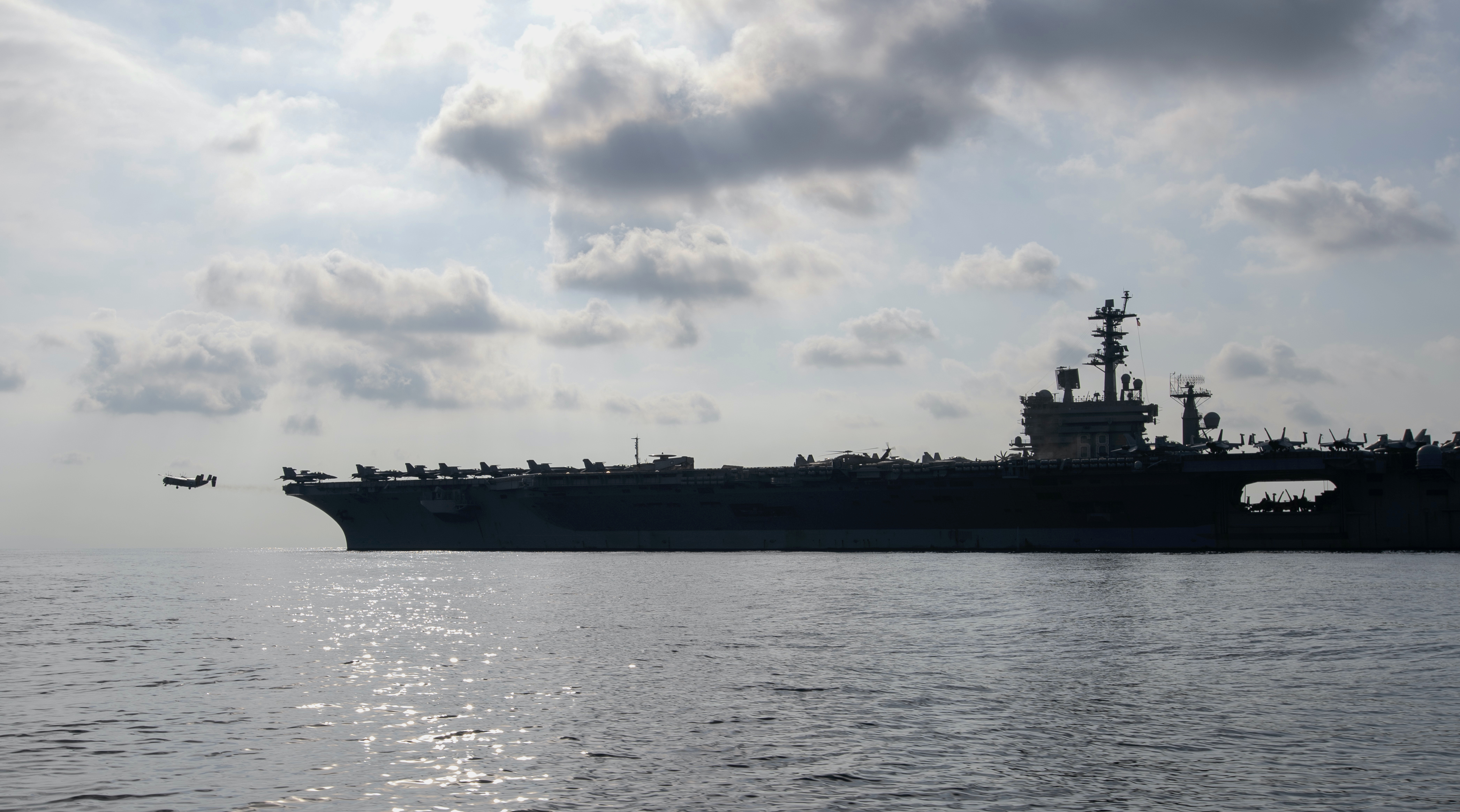 A C-2A Greyhound, from the ‘Providers’ of Fleet Logistics Support Squadron (VRC) 30, launches off the flight deck of the aircraft carrier USS Nimitz (CVN-68) on Dec. 9, 2020. US Navy Photo

The U.S. has moved an aircraft carrier and an Amphibious Ready Group embarked with Marines off the coast of Somalia as U.S. Africa Command has begun repositioning troops from Somalia, USNI News has learned.

As of Monday, USS Nimitz (CVN-68), its escorts and the three-ship Makin Island ARG with the 15th Marine Expeditionary Unit have been operating just to the east of the Horn of Africa, defense officials confirmed to USNI News. USS Makin Island (LHD-8) and amphibious transport docks USS Somerset (LPD-25) and USS San Diego (LPD-22) make up the ARG while the approximately 2,500 Marines in the MEU are embarked aboard the three ships. Additionally, Makin Island has a squadron of Marine F-35B Lightning II Joint Strike Fighters aboard. The trio left the South China Sea via the Strait of Malacca on Dec. 12 for the Indian Ocean, USNI News reported last week.

Nimitz and its strike group have been primarily operating in U.S. 5th Fleet since July, leaving to exercise with the Indian Navy in November. The carrier strike group has been part of the U.S. presence in the Middle East meant to serve as a hedge against Iran since May 2019.

Navy representatives from 5th and U.S. 6th Fleets told USNI that the ships were operating in the Middle East but did not provide additional information. U.S. Africa Command did not immediately respond to a Monday morning request for information from USNI News.

The presence of Nimitz and the Makin Island ARG follow an announcement from AFRICOM that the command had created a new joint task force to manage moving 700 U.S. troops from Somalia to other parts of the continent.

The U.S. has maintained the footprint in Somalia as a hedge against the al-Shabaab militant insurgency. The Pentagon announced the departure of the troops earlier this month on order from the Trump administration. The White House has also ordered the Defense Department to draw down troops in Iraq and Afghanistan.

“AFRICOM did say that roughly 700 troops will be repositioned to neighboring countries to carry out cross-border operations against [al-Shabaab], an al-Qaida-aligned terrorist group. While AFRICOM didn’t name the countries, Djibouti and Kenya are likely destinations given that the U.S. maintains military bases in both nations,” reported Stars and Stripes on Friday.

The U.S. plans to leave a small number of troops in Somalia.

“To be clear, the U.S. is not withdrawing or disengaging from East Africa. We remain committed to helping our African partners build a more secure future,” AFRICOM commander Gen. Stephen Townsend said in a Saturday statement.
“We also remain capable of striking al-Shabaab at the time and place of our choosing—they should not test us.” 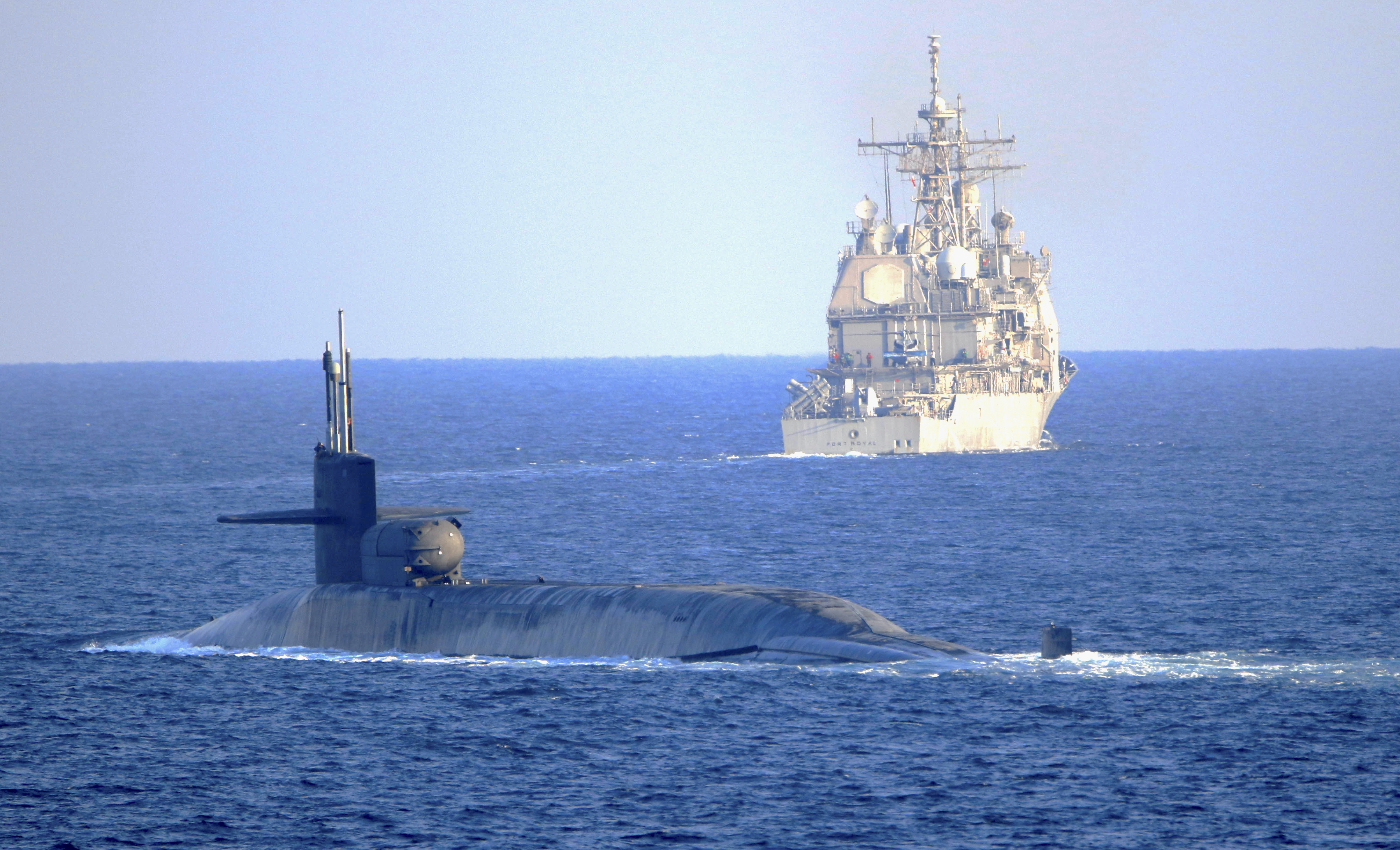 “SSGNs are one of the most versatile platforms in the fleet, equipped with superior communications capabilities and the ability to carry up to 154 Tomahawk land-attack cruise missiles. The platform can also be configured to host up to 66 Special Operations Forces,” reads a Monday statement from U.S. 5th Fleet.