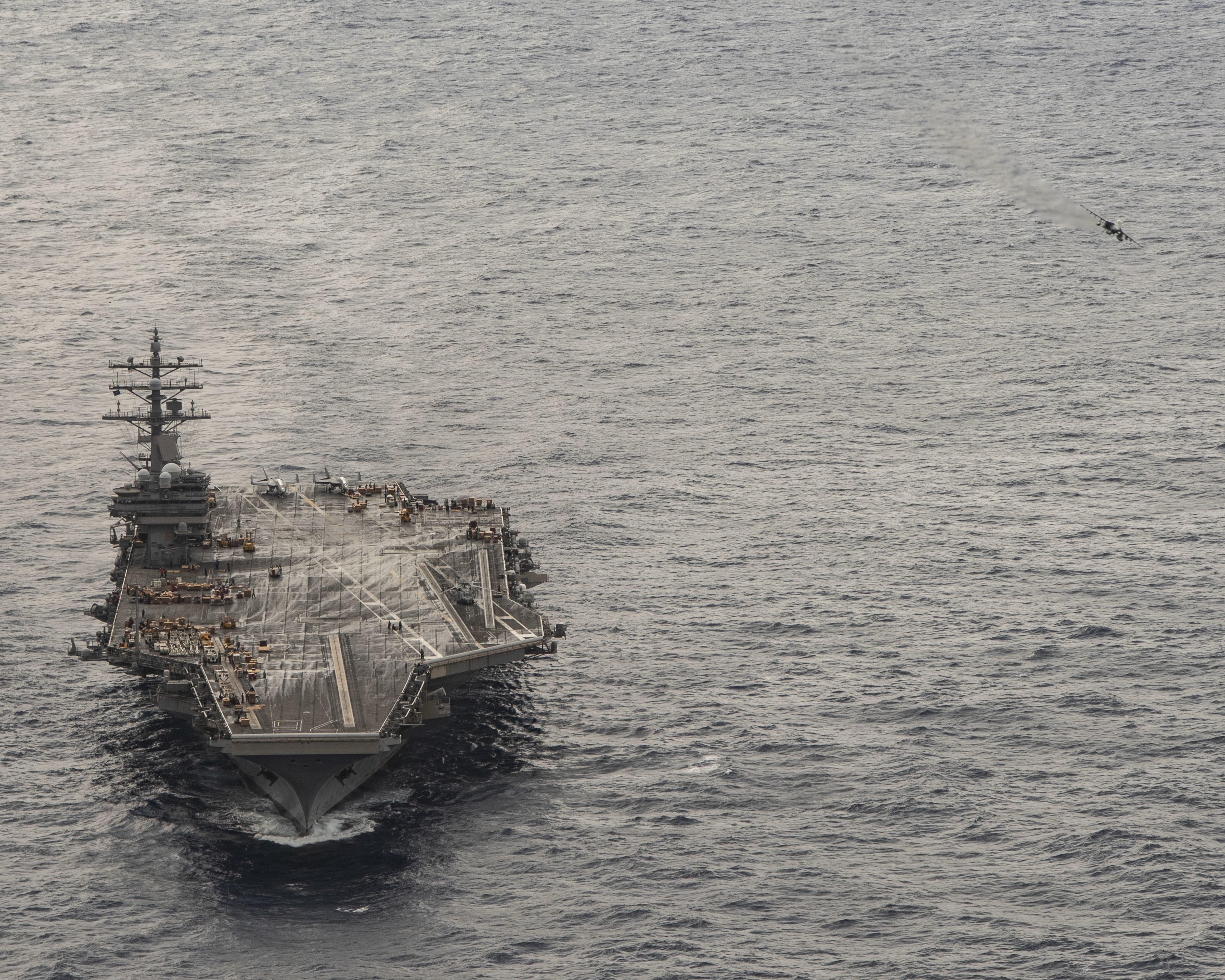 An EA-18G Growler, attached to the Black Ravens of Electronic Attack Squadron (VAQ) 135, deployed to Misawa Air Base, Japan, flies over the Navy’s only forward-deployed aircraft carrier USS Ronald Reagan (CVN 76) on Nov. 13, 2020. US Navy Photo

USS Ronald Reagan (CVN-76) finished a more-than-five-month patrol in the Pacific over the weekend — a 20-year record.

Reagan, which is the service’s forward-deployed carrier, pulled into its homeport of Yokosuka, Japan, on Saturday, the Navy said in a news release. Reagan had been on patrol for 159 days, the longest patrol for a Japan-based carrier since 1999. In 1999, then Forward Deployed Naval Force-based USS Kitty Hawk (CV-63) was on patrol for 176 days in the Middle East and the Western Pacific, according to USNI News carrier deployment data.

“Ronald Reagan’s flexible presence is a key element in helping assure our regional allies and partners that the United States remains committed to ensuring freedom of the seas,” Capt. Fred Goldhammer, Reagan’s commanding officer, said in a statement.
“From the international dateline to the Indian Ocean to the Philippine Sea, and everywhere in between, onboard Ronald Reagan we seek to preserve ‘peace through strength,’ and remain ready to answer the call.” 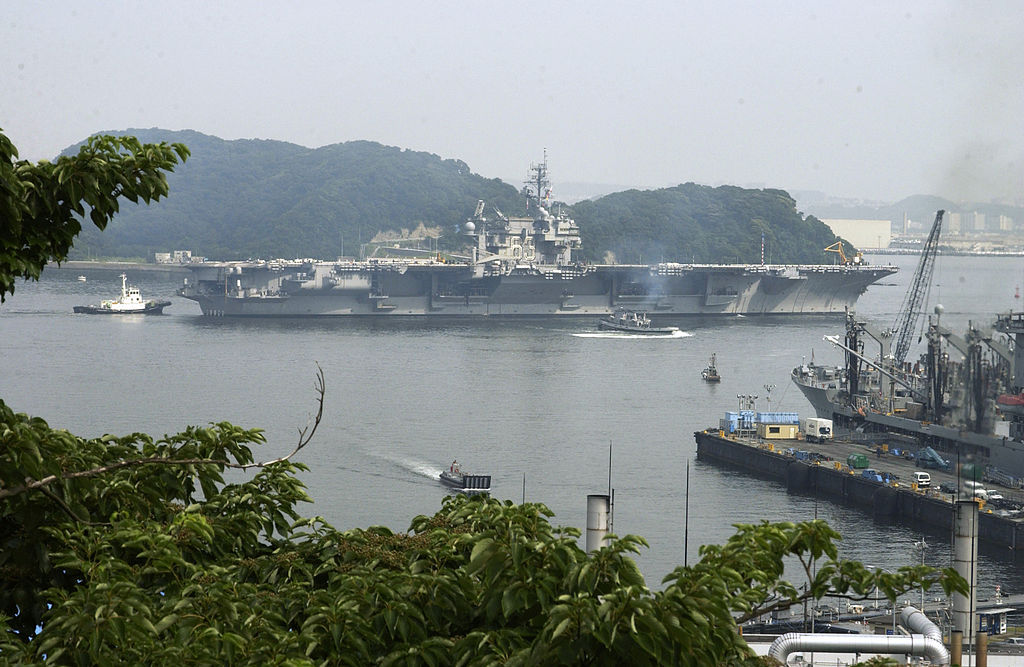 Reagan in early May left Japan for sea trials before beginning its Western Pacific patrol in June, USNI News previously reported. During its patrol, the carrier participated in drills with USS Nimitz (CVN-68) in the South China Sea in early July.

Meanwhile, amphibious assault ship USS America (LHA-6) is also back in its Japan homeport in Sasebo, according to the USNI News Fleet Tracker. Both America and Reagan participated in exercise Valiant Shield 2020 in September.

Nimitz, which had most recently been operating in the Middle East, is now in the U.S. 7th Fleet area of responsibility with its strike group, according to the Fleet Tracker. USNI News last week reported that the carrier was heading to India’s Malabar exercise to drill with one of India’s aircraft carriers.

Nimitz had been in the Persian Gulf for nearly two months when it left last week for the Indian-led naval exercise.