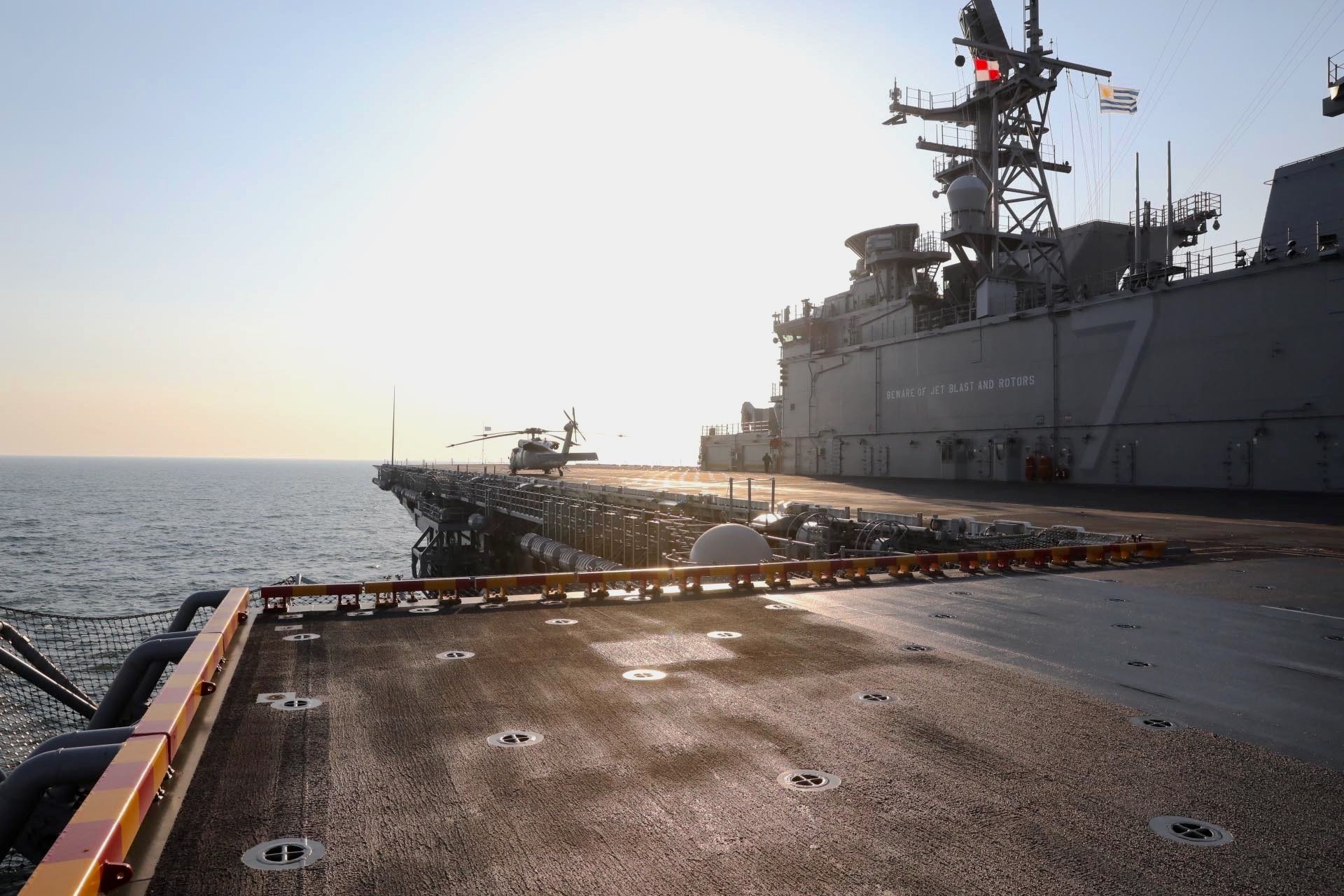 Amphibious assault ship USS Tripoli (LHA-7) anchors near Montevideo, Uruguay as the ship makes a brief stop for fuel while anchored at sea on Aug. 19, 2020. US Navy Photo

USS Tripoli (LHA-7) has arrived at its new homeport at Naval Base San Diego, Calif. for the first time on Friday, according to ship spotters.

Because of the coronavirus pandemic, the Navy in July commissioned Tripoli without holding a formal ceremony.

Since the July commissioning, Tripoli has sailed around South America, through the Strait of Magellan at the end of August, and up to California to reach its homeport.

The ship had been operating within U.S. Pacific Fleet earlier this week, according to the most recent USNI News Fleet Tracker.

The big-deck amphibious warship can field both the F-35B Lightning II Joint Strike Fighter and the MV-22B Osprey. Ingalls Shipbuilding, which constructs the America-class amphibious ships, delivered Tripoli to the service in February.

Both Tripoli and USS America (LHA-6), the lead ship in the class, do not have well decks. USS Bougainville (LHA-8), which is under construction at Ingalls in Pascagoula, Miss., is the first ship in the class that will include a well deck.