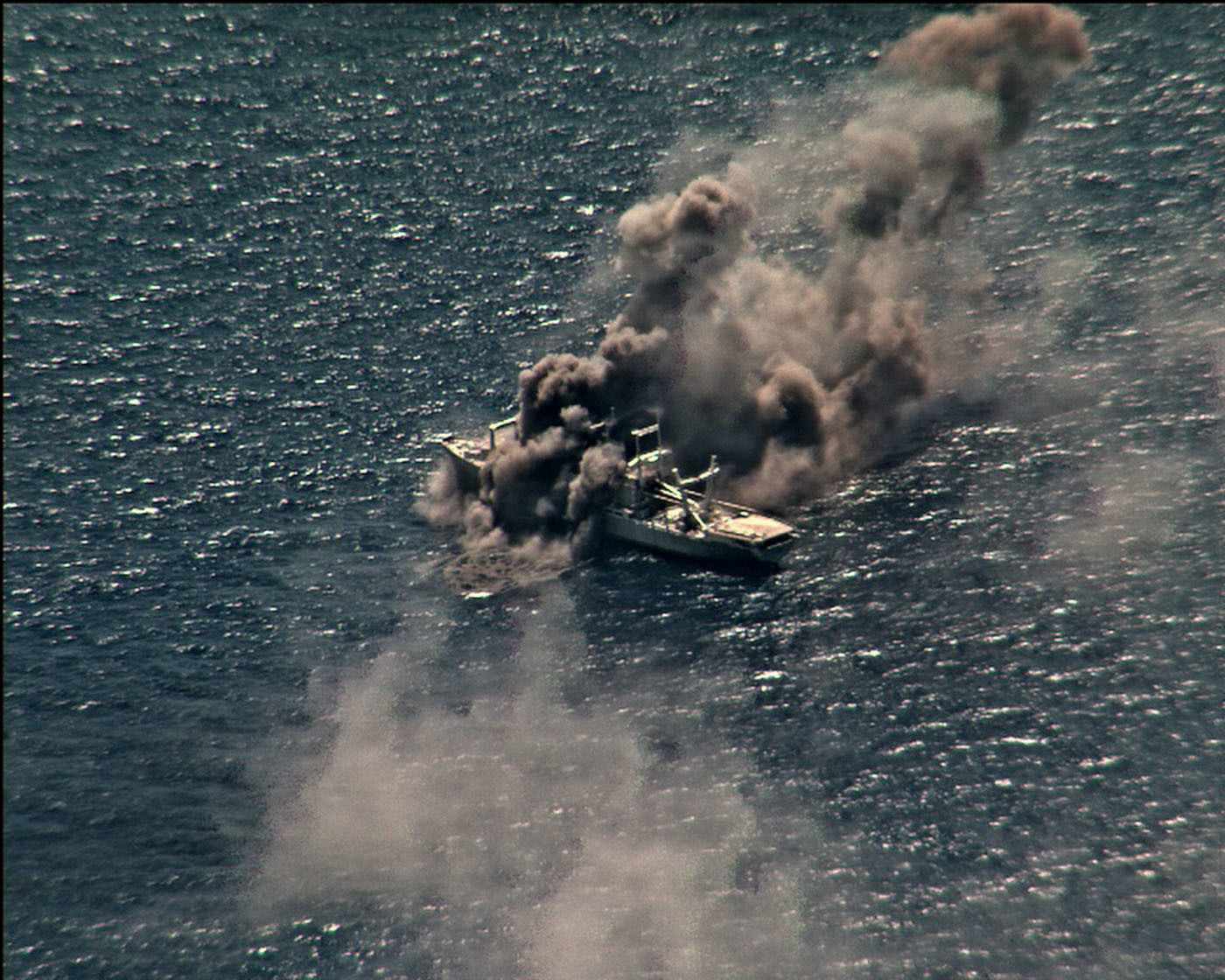 Live fire from ships and aircraft participating in the Rim of the Pacific (RIMPAC) exercise sink the decommissioned amphibious cargo ship ex-USS Durham (LKA 114) on Aug. 30, 2020. US Navy Photo

The U.S. Navy and partner nations wrapped up the biennial Rim of the Pacific 2020 exercise over the weekend with the sinking of a decommissioned amphibious cargo vessel.

“Shooting a Harpoon missile is a difficult and perishable skill, so any opportunity to plan and execute exercises with combined forces increases our skills, proficiency, and overall capability,” Lt. Mike Vanderveer, Regina’s weapons officer, said in a statement.

The SINKEX rounded out this year’s RIMPAC, which was both smaller and shorter because of the coronavirus pandemic. Planners chose not to host shore events, and warfighting drills took place solely at-sea this year due to the COVID-19 outbreak.

Ten countries, including the United States, joined together for the event. France, Australia, New Zealand, Canada, Japan, Brunei, Republic of the Philippines, Singapore, and the Republic of Korea participated in the exercise, which featured 22 vessels and one submarine.