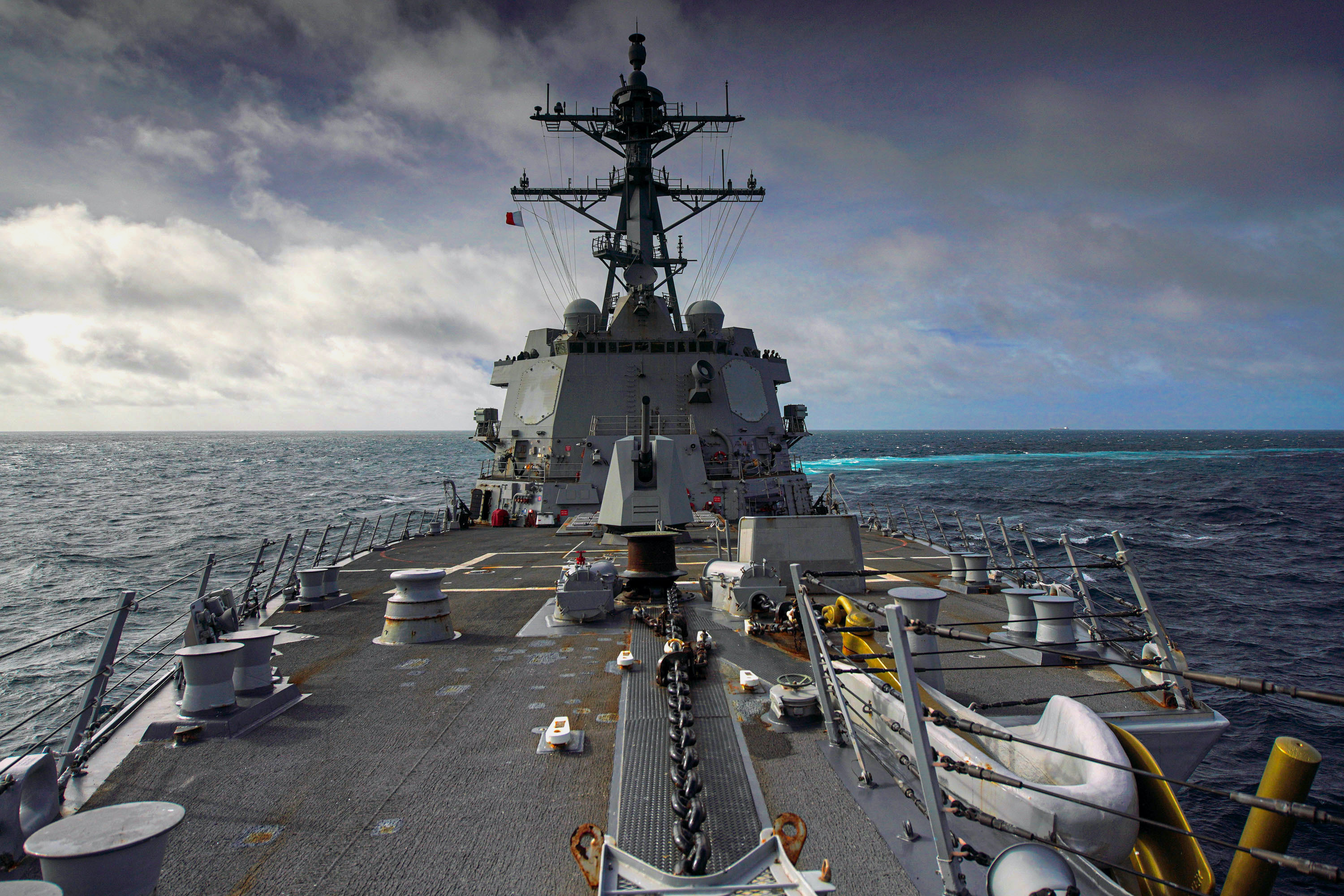 USS Halsey (DDG-97) conducts a routine transit through the Taiwan Strait on Aug. 30, 2020. US Navy Photo

A guided-missile destroyer moved through the Taiwan Strait on Sunday as the U.S. increases pressure on China over its maritime claims in the region, according to the Navy.

A photo posted on a Navy webpage shows destroyer USS Halsey (DDG-97) passing through the strait.

Halsey’s transit comes after USS Mustin (DDG-89) moved through the strait earlier this month. At the time, the Navy said Mustin‘s was the service’s tenth passage through the strait in 2020. Just before the transit, Mustin had been partaking in drills in the East China Sea with Japanese Akizuki-class guided-missile destroyer JS Suzutsuki (DD-117).

Mustin also performed a freedom of navigation exercise in the South China Sea last week, one day after China reportedly fired missiles into the waters. According to a report in the South China Morning Post, China fired two Dong Feng missiles, one of which was an anti-ship ballistic missile.

The strait passages and recent FONOP come as U.S.-China relations have become increasingly fraught, as the Trump administration has struck a more critical tone toward Beijing.

“China has basically taken the decision with a Nine-Dash Line or sometimes called the ‘cow’s tongue’ to annex a vast swath of the Western Pacific Ocean and claim it as Chinese territorial waters, almost like it was talking about Lake Tahoe being somewhere close to Beijing as internal waterways or something,” O’Brien said at an event hosted by the Atlantic Council.
“It’s ridiculous. It’s been rejected by all major countries, all seafaring countries. It’s been rejected by the Tribunal of the Law of The Sea. And now China’s engaged in military exercises in these waters … that they consider domestic, which are by no stretch of the imagination domestic.”