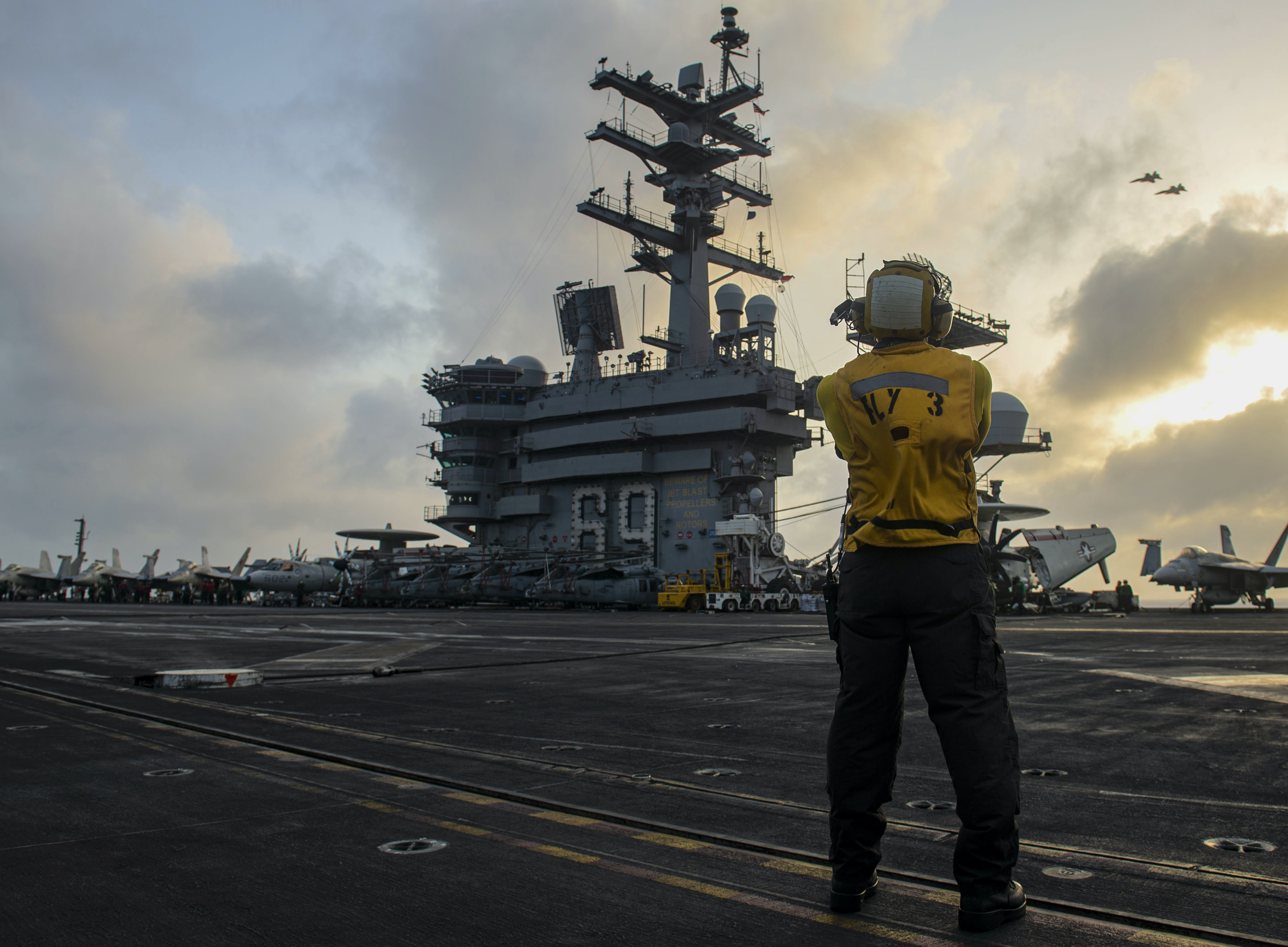 USS Dwight D. Eisenhower (CVN-69) left the Mediterranean Sea and is now operating off the coast of southern Spain, a Navy official confirmed to USNI News on Friday.

The Eisenhower Carrier Strike Group moved through the Strait of Gibraltar as it completes the back end of its deployment. The carrier departed Norfolk on Jan. 17 and had been operating in the Middle East since early March. To keep the crew safe from potential COVID-19 exposure, the carrier has been at sea for 196 straight days.

After moving into the 6th Fleet area of responsibility last week, Eisenhower’s Carrier Air Wing 3 participated in strike drills in the Mediterranean.

The United States has consistently maintained a carrier presence in the Middle East for more than a year, amid heightened tensions with Iran.

Eisenhower is based out of Norfolk, Va.