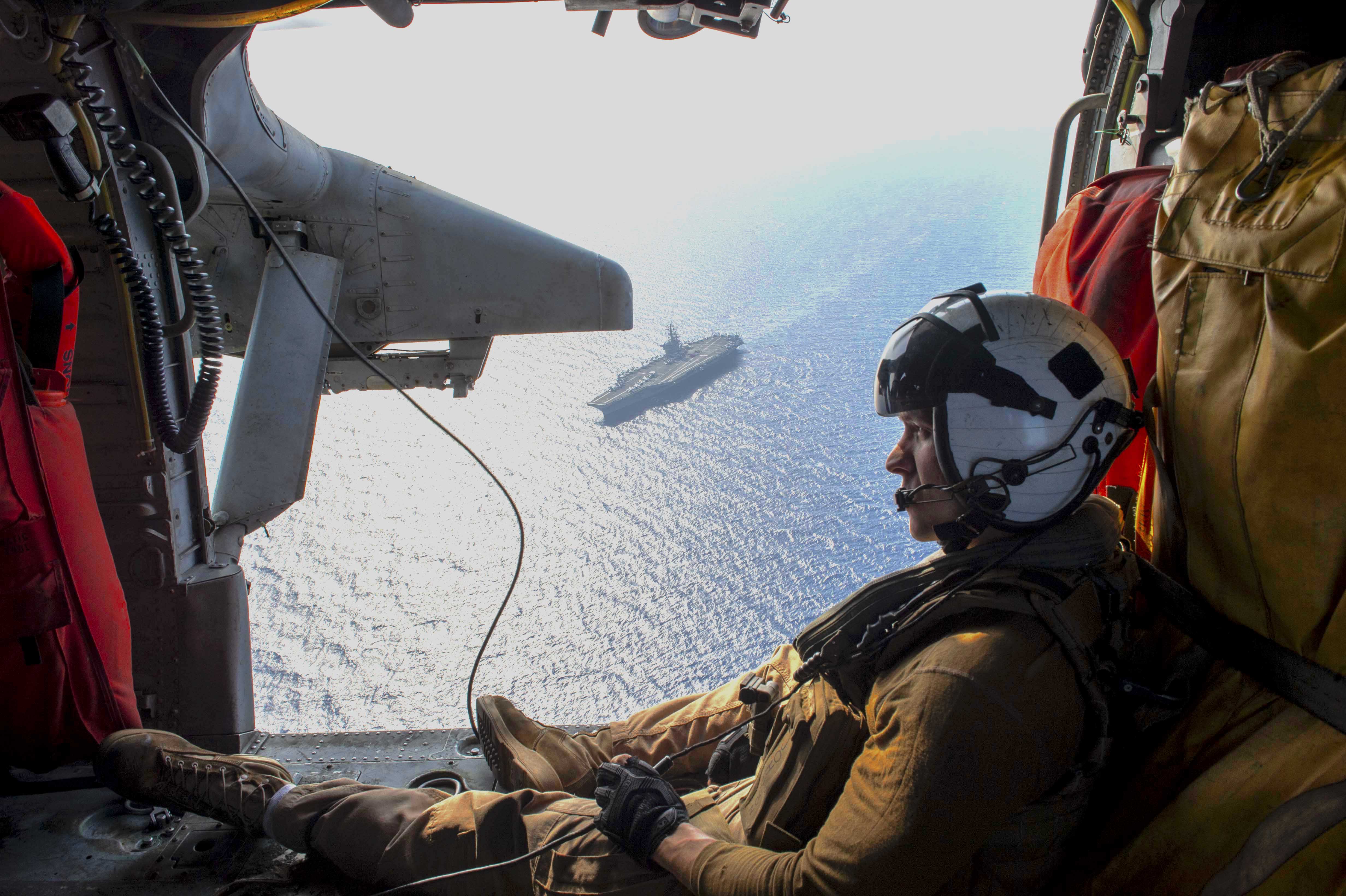 Ike moved into the Mediterranean Sea as the carrier continues its trip home. Eisenhower has been at sea for 192 straight days, according to the USNI News Fleet Tracker.

The Navy announced today that Carrier Air Wing 3, part of the Eisenhower Carrier Strike Group, spent the weekend participating in strike drills in the Mediterranean.

“It gives my pilots the ability to train with precision-guided live ordnance in order to maintain current readiness levels and assure that the striking arm of the Dwight D. Eisenhower Carrier Strike Group will continue to be functionally sharp throughout our sustainment period at home,” Estes said in a statement.

Ike moved into the 6th Fleet area of responsibility late last week, as the carrier heads home after spending much of its deployment in the Middle East. Eisenhower is based out of Norfolk, Va.

The Eisenhower Carrier Strike Group had been operating within U.S. 5th Fleet since March, amid increased strain between the United States and Iran.

USS Nimitz (CVN-68) began operating in the Middle East region last week, just before Ike moved into the Mediterranean. Nimitz is the fourth consecutive aircraft carrier to sustain a presence within 5th Fleet.