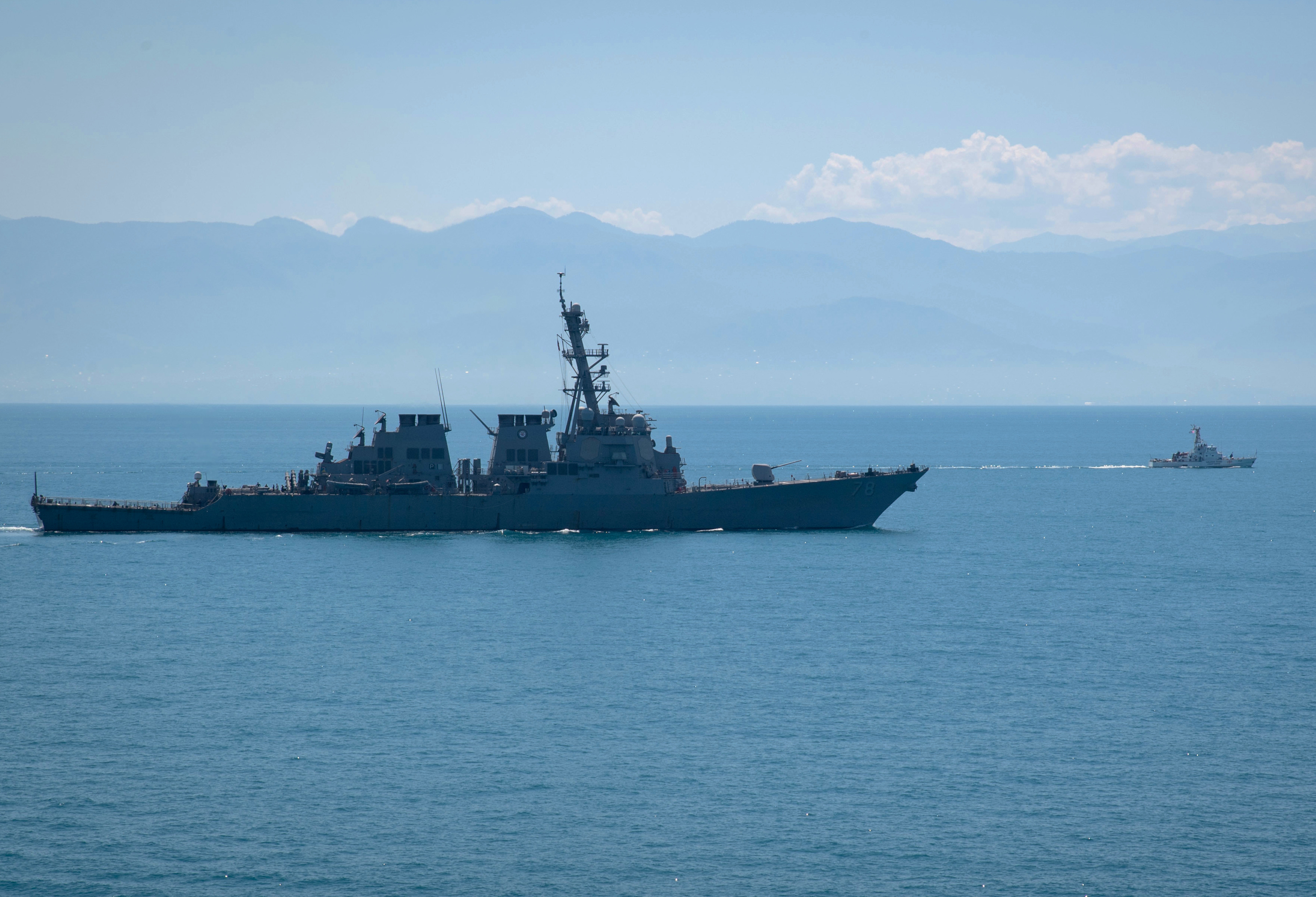 The commander of a U.S. destroyer is on “higher alert” due to Russian presence in the Black Sea during the ongoing Sea Breeze exercise.

Cmdr. Craig Trent, the commanding officer of destroyer USS Porter (DDG-78), said while the Russians are operating in the Black Sea, he doesn’t anticipate any negative interactions with them during the Sea Breeze 20 exercise.

“There’s definitely Russian presence up here. There hasn’t been any confrontation. Every interaction I’ve had with them has been safe and professional,” Trent told reporters in a virtual media roundtable today.
“They’re definitely present. They’re definitely watching us. We’re watching them. … If anything ever does become unsafe or unprofessional, that’s something that we’re ready to take action to make sure that we are safe.”

Comparing the ship’s experience operating in the Black Sea to the Mediterranean Sea, Trent said the environment for Sea Breeze requires increased awareness.

“We definitely have to pay closer attention to our surroundings and be more aware of the picture – of their picture – basically the under the sea, on the sea and in the air,” he said.
“I think we’re on overall just higher alert. Other than that, we’re very careful about when we take down any systems for maintenance because we want to keep that keen alertness,” Trent continued. “And we’re also careful about what we do. We don’t want to send the wrong signal to anybody.”

Russian fighters have had a history of buzzing U.S. destroyers operating in European waters. In 2017, Russian military aircraft buzzed Porter after the destroyer finished an exercise with Romania. In 2016, two Sukhoi Su-24 Fencers conducted several low-level passes of USS Donald Cook (DDG-75) when it was operating in the Baltic Sea. 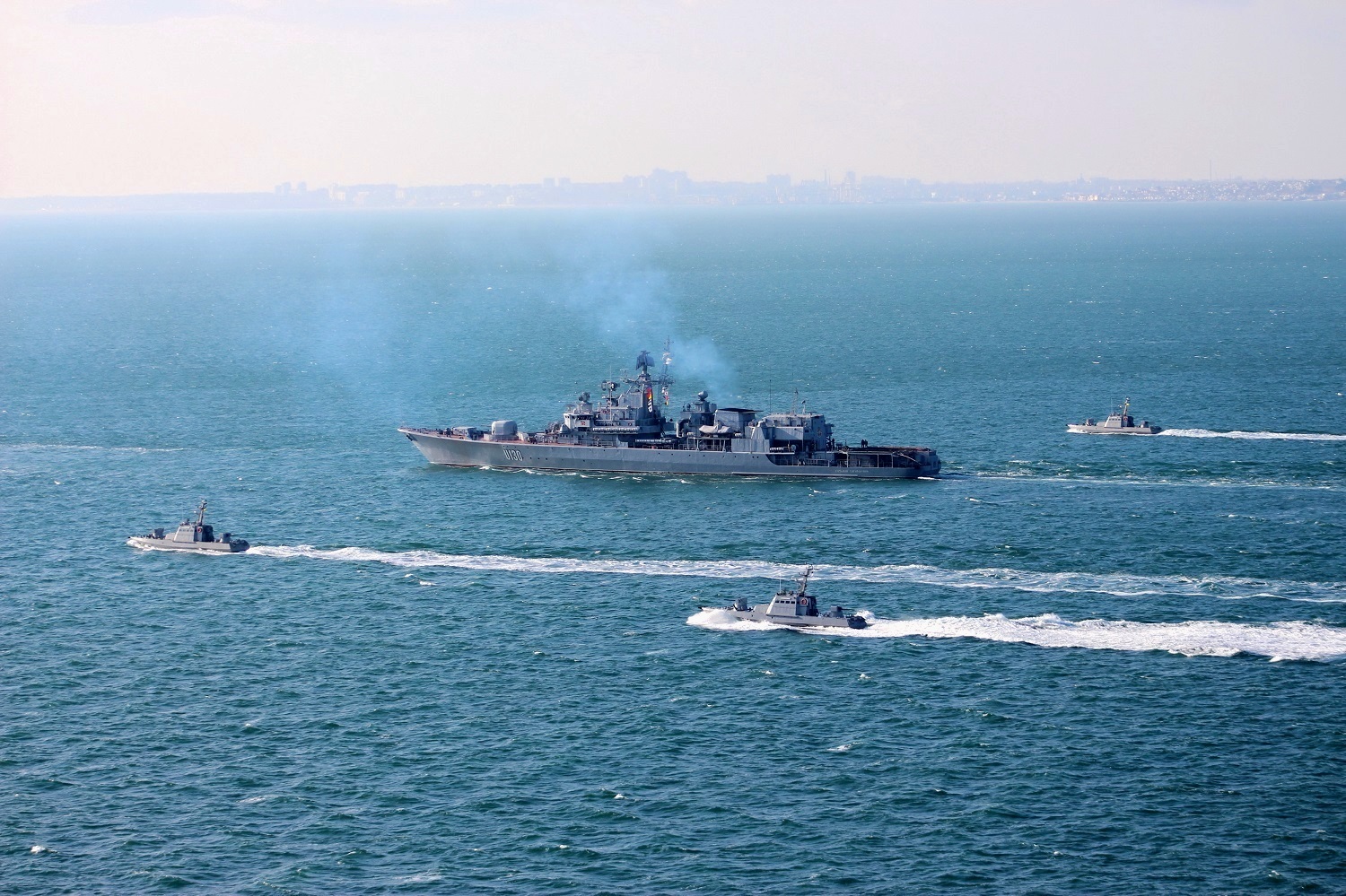 The Sea Breeze maritime exercise is slated to last a week, with eight countries, 19 aircraft and 26 vessels participating. The United States, Ukraine, Bulgaria, Georgia, Norway, Turkey, Spain and Romania are joining together for this multi-domain exercise.

Trent said the drills are focused on air defense, search and rescue, and anti-submarine warfare.

“Plus, we’re doing close maneuvering – some maneuvering exercises between the ships, some simple and advanced exercises. And all that involves communicating and sharing information with each other, learning about each other’s capabilities,” Trent said.

Cmdr. Trevor Plageman, the commanding officer of Patrol Squadron VP-47, which is also taking part in the exercise, said participants are using the Mk 39 Expendable Mobile Anti-submarine Training Target, or EMATT, to replicate a submarine target.

“It’s a training device that we use – either deployed from the aircraft or deployed from a sister unit operating on the service – that effectively provides us selective and collaborative training to simulate an underwater submarine, if you will,” Plageman said. “And it really is great training for us to provide interoperability training between sister units, allies, partners, et cetera.”