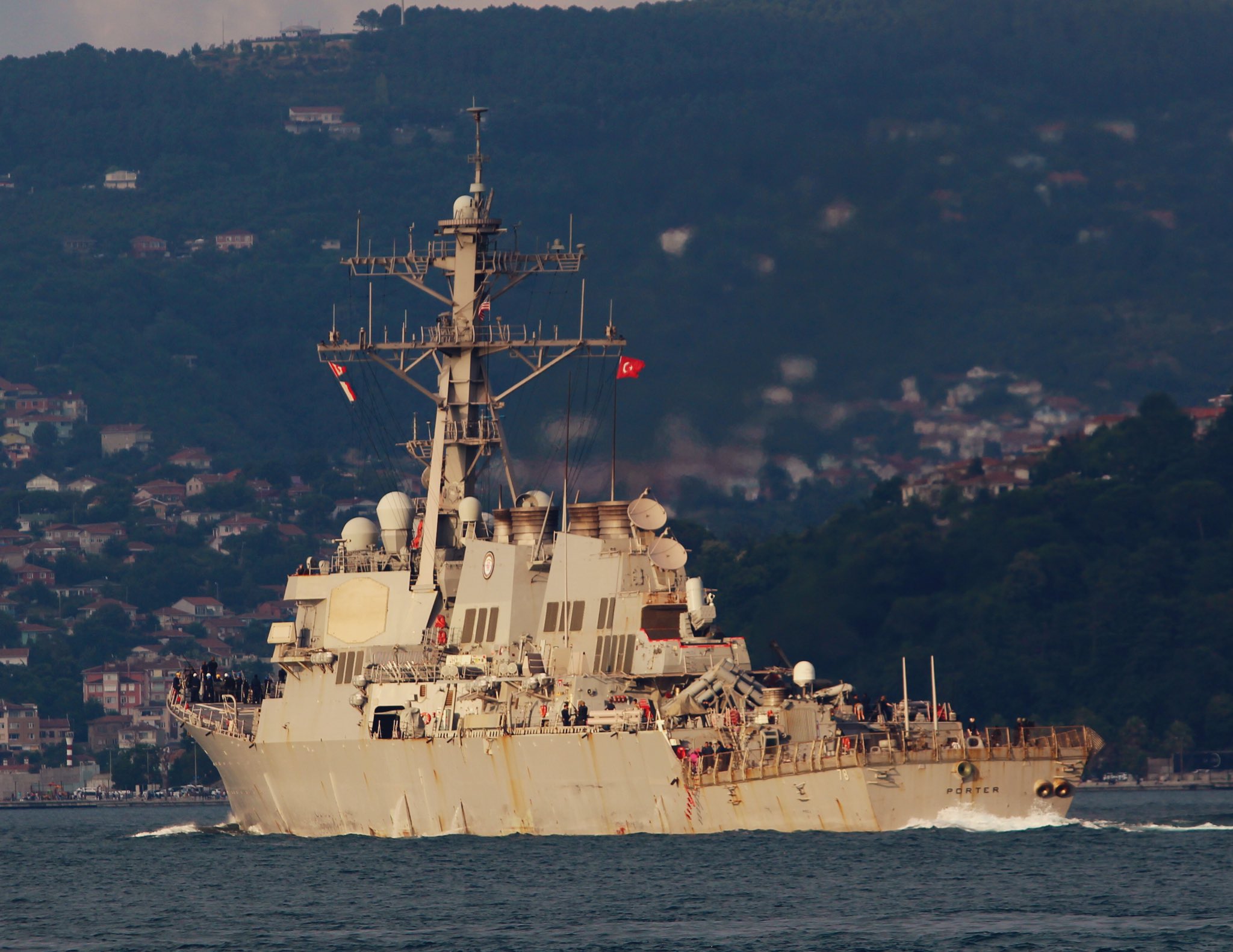 Naval drills led by the U.S. and Ukraine kicked off today in the Black Sea, while Russia called for a series of nearby snap naval drills.

“It started in 1997, and for the Ukrainian side, this [was] the main tool for entering NATO,” Rear Adm. Oleksiy Neizhpapa, commander of the Ukrainian Navy, said via a translator in a Monday conference call with reporters.

The exercise includes Black Sea and non-Black Sea navies, in a nod to the importance of the body of water, officials said: Bulgaria, Georgia, Norway, Romania, Spain, Turkey, Ukraine, and the United States.

The week-long exercise will include 26 ships and 19 aircraft operating in the Black Sea under a new level of restrictions that have resulted in the cancelation of events onshore and driven the planning for the exercise largely online, Neizhpapa and U.S. 6th Fleet Commander Vice Adm. Gene Black told reporters. About 2,000 personnel will be involved, including 400 Americans from destroyer USS Porter (DDG-78) and Patrol Squadron (VP) 47.

“We have a lot to accomplish during the next week. The training objectives for the air and maritime portion include maritime interdiction operations, air defense, anti-submarine warfare, damage control, and search and rescue,” Black said during the media call.
“In addition, this year we are doing more free play, meaning we are giving participants more freedom to accomplish training objectives outside the confines of scripted exercise injects. This will enable participants to fine tune the skills that we have developed during previous Sea Breeze exercises. We want to leave this exercise having achieved a greater level of integration and coordination, with increased direction from the Ukrainian Naval Headquarters South, which continues to grow in capacity and capability due to the immense commitment of the Ukrainian navy and contributions from our allies and partners.”

“The main aim of this year’s exercise is the maritime security in the crisis area,” Neizhpapa said.
“Due to the COVID-19, we reduced the duration of our exercise to one week. But I hope that this exercise will be conducted on the high level and will be fruitful and we will receive a lot of experience.”

On Saturday, the Rota, Spain-based Porter transited the Bosphorus Strait and entered the Black Sea to join the exercise, U.S. 6th Fleet announced.

Just three days before the long-planned Sea Breeze exercise began, the Russian Navy announced a snap drill for their forces around the Black Sea.

“This morning, the Black Sea Fleet units went on alert and a part of the fleet’s naval forces deployed to dispersal and designated areas in the Black Sea. During the exercise, the ships’ crews made their urgent preparation for a battle and practiced withdrawing the main forces from a notional enemy’s strike,” reads a Friday statement from the Black Sea Fleet reported in state-owned TASS news wire.

“The surprise combat readiness check involves over 3,000 personnel and more than 300 items of military hardware, including warships and combat aircraft, and also the troops and equipment of the Black Sea Fleet’s army corps,” reported the wire.

Black, who took command of 6th Fleet this month, downplayed potential tensions with the Russian Navy when speaking with reporters.

“I doubt that we will have any interaction at all, and if we do, I’m sure it’ll be professional and in accordance with the laws and norms of maritime operations at sea,” he said.