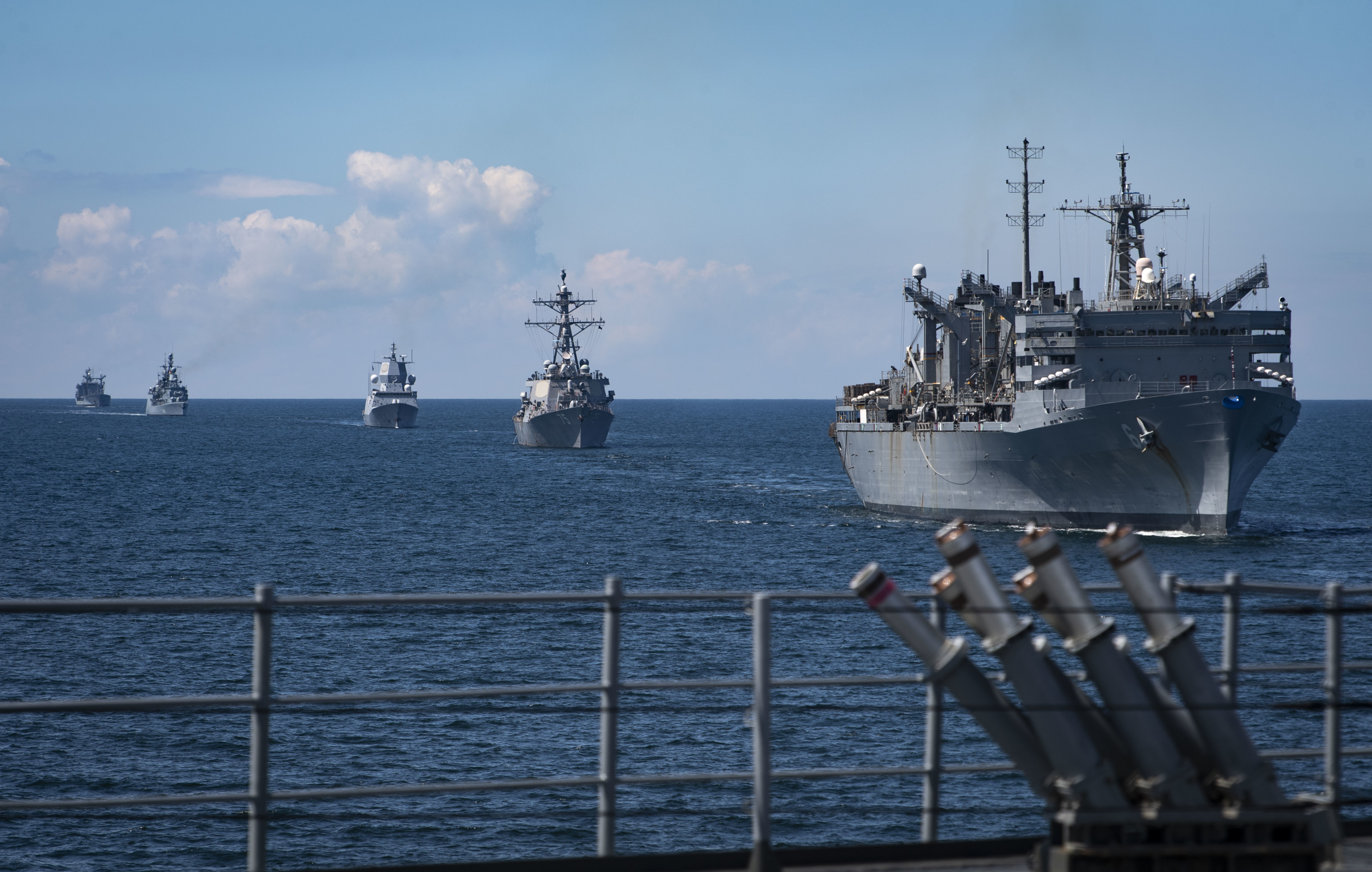 The Navy and its NATO allies and partners are underway for the 49th iteration of the Baltic Operations (BALTOPS) exercise – which this year will focus on naval warfare at sea, partly by design and partly in response to the COVID-19 pandemic.

BALTOPS 2020 includes 17 NATO allies and two partner countries, bringing together 28 ships and submarines, 28 aircraft and about 3,000 personnel. For the first time in the exercise series’ history, BALTOPS will be led from an ashore headquarters – Naval Striking and Support Forces NATO (STRIKFORNATO) headquarters in Lisbon, Portugal – instead of from aboard command and control ship USS Mount Whitney (LCC-20).

“It’s a little bit different this year because we’re operating with distributed command and control. So the forces are being commanded from Lisbon, and it actually has a little bit more of a real-world operational feel because in the real world it’s usually something that happens quite quickly and not something that you can prepare for for months,” Mount Whitney commander Capt. Cassidy Norman told USNI News during a media call on Thursday.
“So right now we’re focusing on the distributed command and control to make sure that all of the ships at sea and the aircraft are integrated together and then form together as a broader team to try to deter any regional instability.” 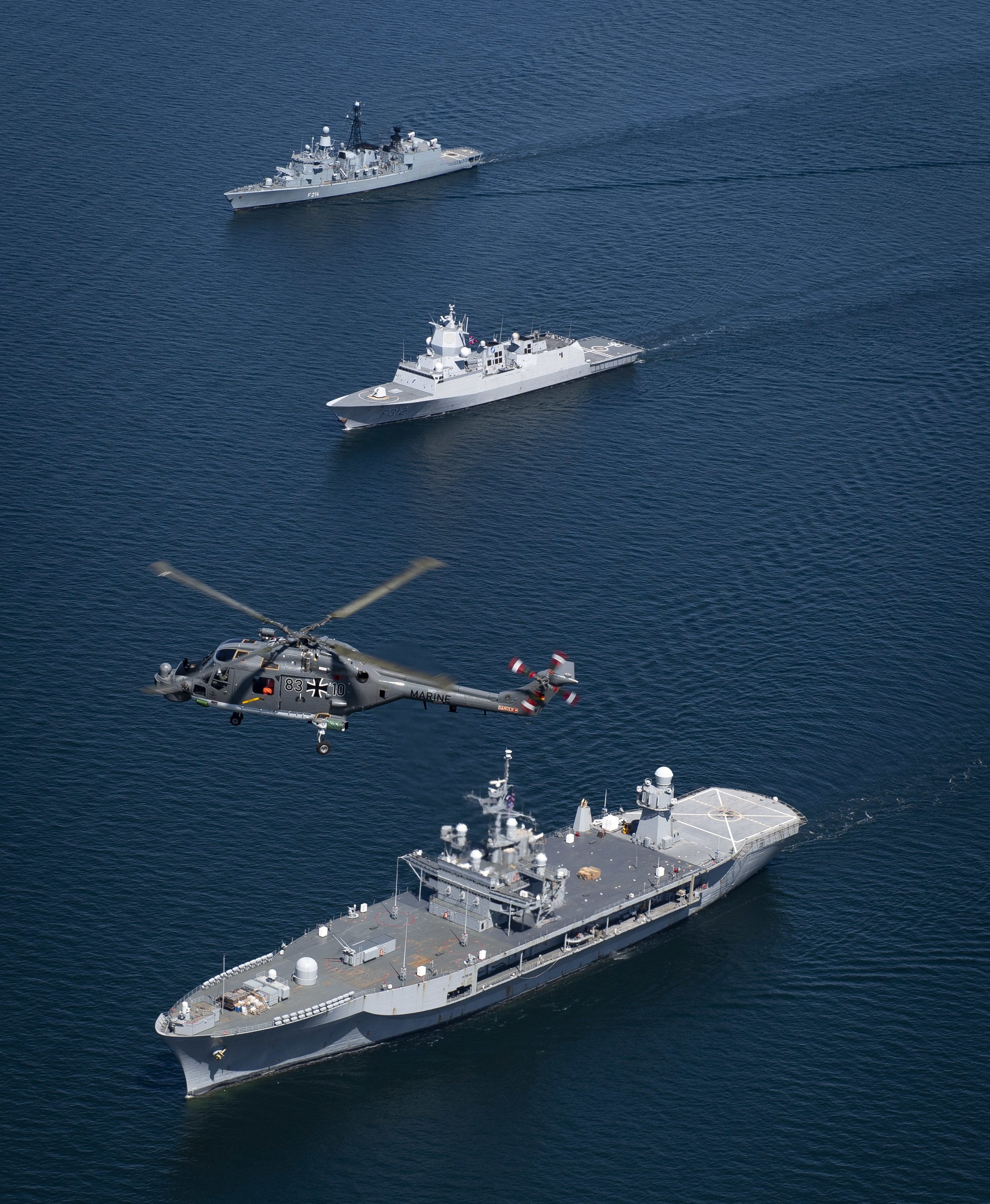 This first part of the exercise, the Combat Enhancement Training and Force Integration Training (CET/FIT) phase, lasts until June 12. During that time, participants work through the basics and align under the command and control (C2) network and communicate with other assets in the event of a real-world crisis. Then, the forces will split up into a Blue Team and an Orange Team and face off in a free-play phase.

Last year’s iteration was heavily focused on amphibious warfare, with the exercise serving as a testbed for new high-end amphibious warfare tactics and a demonstration of the newly formed, amphib-heavy, U.K.-led Joint Expeditionary Force (Maritime) force. Norman said that this year was always meant to have a naval warfare focus, and with the global pandemic adding another layer of complexity to the planning. The participating countries agreed to no landings, no ashore pre-sail conferences and no personnel transfers between ships – and no to the communal Kiel Week at the exercise conclusion.

“What we’ve been able to do is change the exercises such that we don’t have forces going ashore – for example last year we had several Marines from different countries storming beaches; we don’t have that this year. We also don’t have many forces traveling to other countries. The staff that is controlling this exercise is staying in their headquarters in Lisbon,” Norman said during the call.
“There’s a lot that we still can do, operating as a combined allied and partner force on the sea – for example, we have several helicopters each on different ships, and those helicopters can still fly into different locations, different countries, and can even practice landing on different ships. The only difference is they don’t get out of the helicopter, they don’t go and give a high five to the deck crew of the ship they’re on. They stay basically in their bubble so that all of our crews that worked so hard to maintain healthy and operational conditions can stay in their bubble. So it does limit some of the face-to-face that is usually associated with BALTOPS.”

Additionally, last year’s exercise included about 50 ships, two submarines, three dozen aircraft and about 8,600 personnel, compared to 28 this year. Though smaller than in some past years, Norman praised the participants and planners for creating “a very dynamic response to the global pandemic” and one “supporting peace and stability in this region.”

Though no one could have foreseen the global pandemic when the planning began, the need to be separate actually fits into the theme of practicing distributed command and control. Norman said it was something of a fluke that STRIKFORNATO would end up being able to renovate its Joint Operations Center just in time to lead BALTOPS 2020 from ashore during a pandemic where in-person contact had to be limited, but he said everything had been going well so far, with STRIKFORNATO and U.S. 6th Fleet Commander Vice Adm. Lisa Franchetti operating from Italy, STRIKEFORNATO Deputy Commander U.K. Royal Navy Rear Adm. Guy Robinson leading from Lisbon, and the ships operating at sea.

“I think it was a fortuitous opportunity. Last fall the Naval Striking and Support Forces NATO staff were out here on this ship, Mount Whitney, and we were able to take this ship, to pick them up in Lisbon, Portugal, and then they had a very important exercise in which they qualified to be an expanded NATO task force, which is the highest certification that they had earned in their 63 years as a staff. They did a great job. Once they finished that and earned their certification, we drove them all the way back to Portugal and dropped them off – and as funny as that might sound, it saved them money, and that money, they were able to use for their new command and control center in their headquarters in Lisbon,” Norman said during the call.
“So I don’t believe it was planned for them to command and control remotely from their headquarters, but it actually fortuitously gave them an opportunity to try out that command and control center for the first time.”

“The redevelopment of our headquarters infrastructure and the overhaul of our Joint Operations Center has been a major project during my time at STRIKFORNATO,” Robinson said in the news release.
“I am delighted to now see it up and running, delivering enhanced capability and underpinning our delivery of BALTOPS 20.” 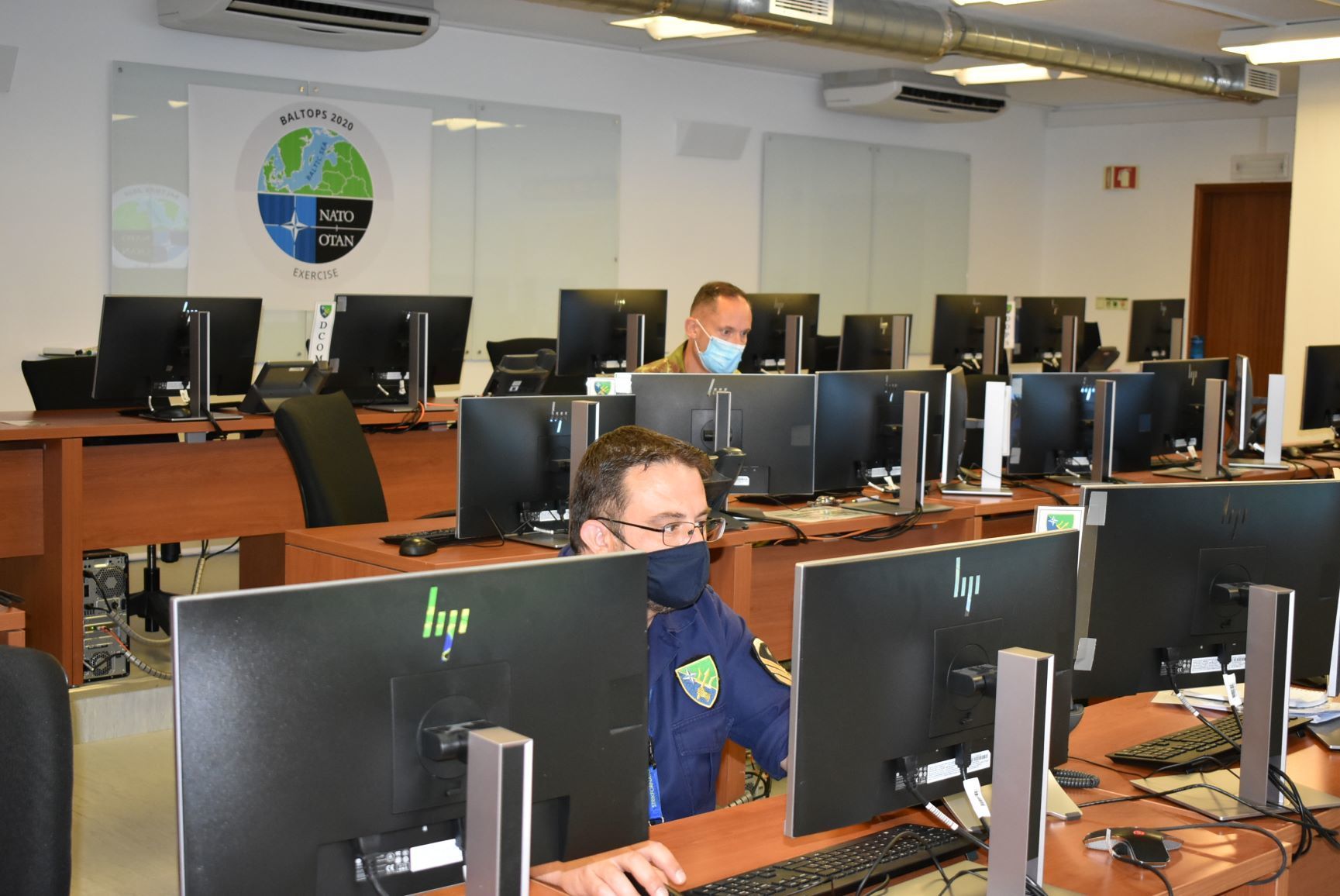 Norman, who last year hosted the exercise command element – in that case, led by U.S. 2nd Fleet – said it’s a different skill set to command an exercise from a ship at sea versus a headquarters ashore on the other side of the continent.

“it’s just different when you’re far away and you have lines of communications like telephones and radios and video teleconferencing; it’s a little bit different than when you’re on the command ship … and commanding the whole exercise when you’re in the middle of it and can look out and see the horizon, and you can see other ships around you,” he said.
“It’s sometimes harder when you’re in the headquarters several thousand miles away to understand what the effect is of the weather, or what the scenario looks like out the window.”

The captain said it requires all participants to be more disciplined and organized in their communications with each other and with headquarters.

In addition to Mount Whitney, forward-deployed destroyer USS Donald Cook (DDG-75) and combat support ship USNS Supply (T-AOE-6) are also participating in the exercise, along with about 100 personnel supporting Navy and Air Force aircraft crews and about 500 personnel on the exercise staff and performing other support functions, according to U.S. 6th Fleet.