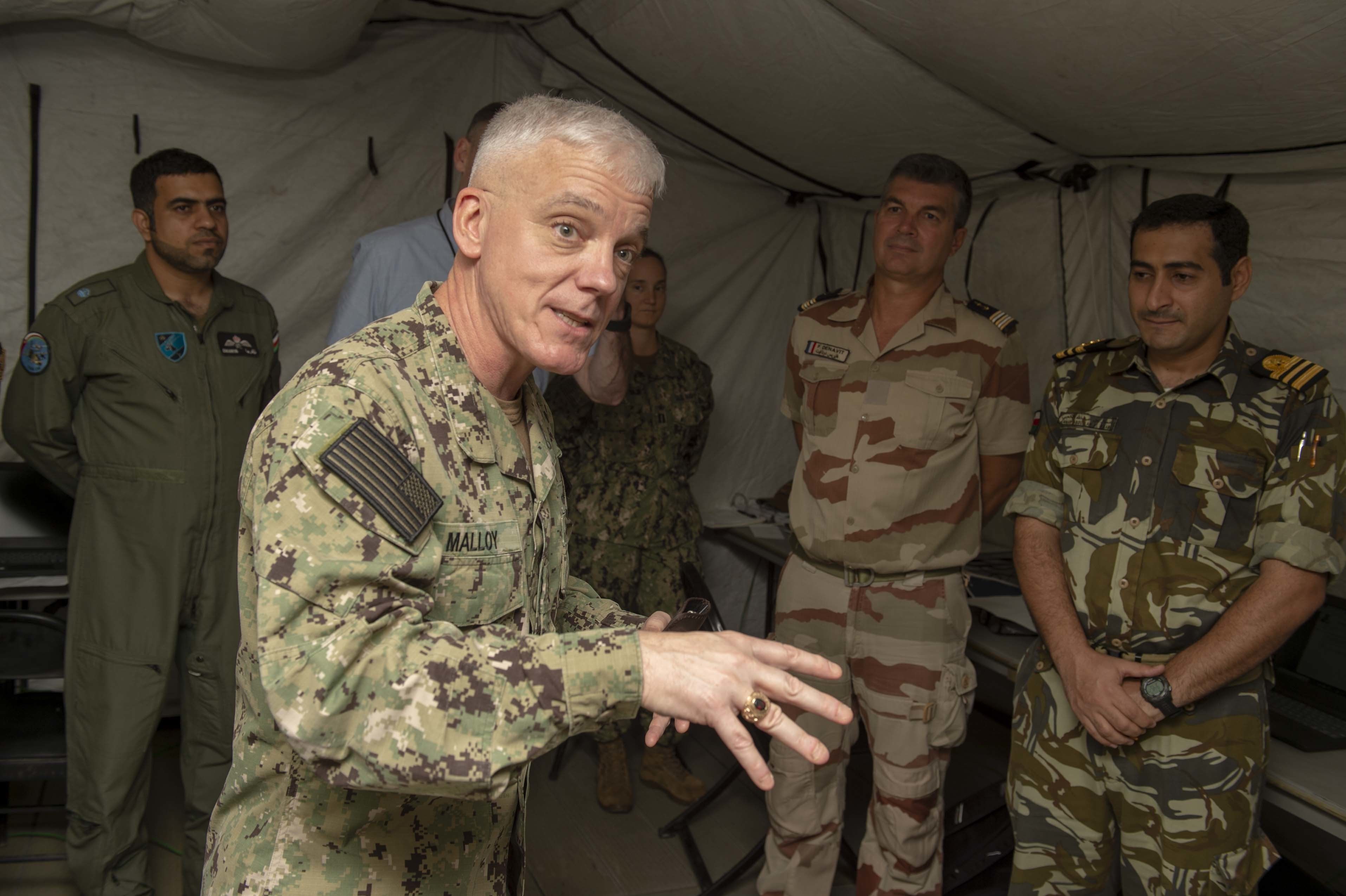 U.S. 5th Fleet Commander Vice Adm. James Malloy as been nominated to serve as the deputy commander of all forces in the Middle East, the Pentagon announced today.

Malloy has led naval forces in the region since December 2018, when he suddenly took command following the death of his predecessor, Vice Adm. Scott Stearney.

During that time, Malloy has overseen the U.S. naval response to heightened tensions with Iran, which has attacked U.S. drones, attacked and seized commercial vessels and harassed U.S. Navy and Coast Guard ships. Just months after taking command, Malloy oversaw the Abraham Lincoln Carrier Strike Group being scrambled to the region and loitering outside the Persian Gulf as a deterrence to Iran. That CSG deployment was extended until the Harry S. Truman CSG was ready to replace it, to avoid having a gap in carrier coverage.

If confirmed by the Senate, he would next serve as the deputy commander of U.S. Central Command, based in Tampa, Fla., leading all joint forces in the Middle East.

Rear Adm. Samuel Paparo was confirmed in March to serve as the next 5th Fleet commander.

The Pentagon also announced today that Rear Adm. Michelle Skubic was nominated to serve as the next director of the Defense Logistics Agency. She would be promoted to the rank of vice admiral and take command of the Fort Belvoir, Va.-based joint organization.