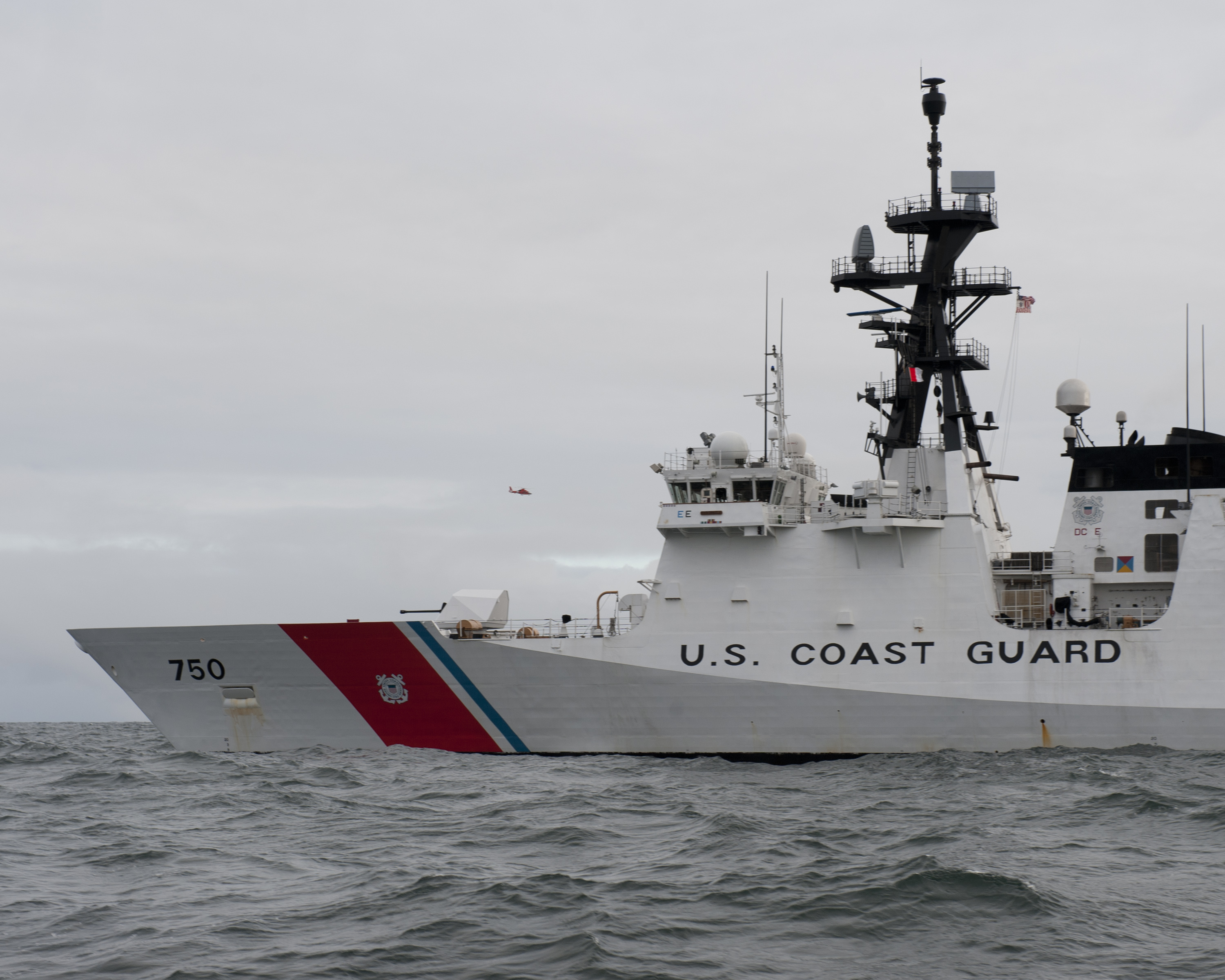 “We have to make adjustments,” Rear Adm. Todd Sokalzuk, deputy commander of the Atlantic Area, said during an online forum sponsored by the Naval War College and the Wilson Center.

As an example, Sokalzuk said any operations in Greenland must account for a required 14-day quarantine put in place to contain the spread of COVID-19 on the island. Looking at this summer’s exercises and planned partnerships missions, Sokalzuk said, “some of these are going to change.”

Crew safety concerns put otherwise common interactions in partnership missions “in an ambiguous arena,” Vice Adm. Linda Fagan, the Coast Guard’s Pacific Area Commander, said during the event. Limiting that kind of interaction with other navies and coast guards will have an impact on RIMPAC.

“We remain committed to Arctic Shield,” the summertime exercise focused on safety and operations in the Far North, Fagan said. The Coast Guard is also moving ahead with plans to deployed medium icebreaker USCGC Healy (WAGB-20) on an Arctic mission.

Fagan said her area has been “very successful … in generating cutter departure” for required missions. However, maintaining readiness while operating with COVID-19 means now there are more steps involved before leaving port or taking off, she added.

Before departure, crews undergo a medical assessment, which involves taking each crew member’s temperature, disinfecting the vessels, and “keeping that ship in a reasonable medevac” range in case of an emergency.

“We don’t want to spread the pandemic,” Fagan said.

Rear Adm. Matthew Bell Jr., the Coast Guard’s 17th District commander, added, “we want to minimize the threat” of contagion in all operations for inspections to responses.

The 17th District operates out of Juneau, Alaska, but considering the size and location of the state, Bell said, “we’re already quarantined by geography.”

When interacting with communities even more remote than Juneau, though, Bell said, “we have to determine the appropriate partnership” when inspecting port facilities and monitoring fisheries.

Safety works both ways, Sokalzuk said. The crew on a fishing vessel will “also see a threat from our inspectors coming aboard” to their health. In some cases, when the Coast Guardsmen spot a vessel fishing illegally in U.S. waters, “we’ve turned the vessel away without necessarily boarding them,” as had been customary.

But there “are some things you can’t do virtually” or by turning the suspect vessel out of American waters without a boarding. With counter-narcotics operations, for example, Sokalzuk said, “you have to be there.”

The Coast Guard also has to be present in Alaska’s commercial fisheries, which are a vital part of the state’s economy. “We’re going to have an on-the-water presence” and not a virtual one, Bell said.

In places like Bristol Bay, where thousands of commercial fishermen soon will descend upon the eastern-most arm of the Bering Sea, the Coast Guard will be present when the salmon fishing season opens.

“It’s a high-risk mission for us” because there are so many people in a relatively small area, said Capt. Scott MacKenzie, commander of the Anchorage sector. Decisions on what’s go-no-go are being worked on now with the communities.

What will not happen, at least in the early part of the summer, is an influx of cruise ships with thousands of passengers entering Alaskan waters.

“Seventy to 80 percent [of scheduled cruises] have already been canceled,” said Capt. Steven White, the commander of the Juneau sector.

When the cruise industry restarts, White said the Coast Guard will need to answer such questions as to how to safely operate ports when vessels and throngs of tourists arrive. Alaska currently has strict stay-at-home and travel restrictions in place, he said.

An easier to answer but not so easy to execute scenario involves responding to fuel spills from Alaska’s largest industry, oil and gas exploration, Bell said. The Coast Guard can launch boats and aircraft quickly to respond to oil incidents. Crews carry personal protective equipment and many response teams are already in place, he said.

In late March, the Coast Guard’s oil spill response procedure for operating during COVID-19 was put into action, MacKenzie said. His team responded to a several-thousand-gallon spill near the Valdez Marine Terminal. Booms were quickly put into place to contain the spill.

“We can do it by sea or floatplanes,” even in remote regions during a pandemic, MacKenzie said. “But it takes time and a lot of money.”