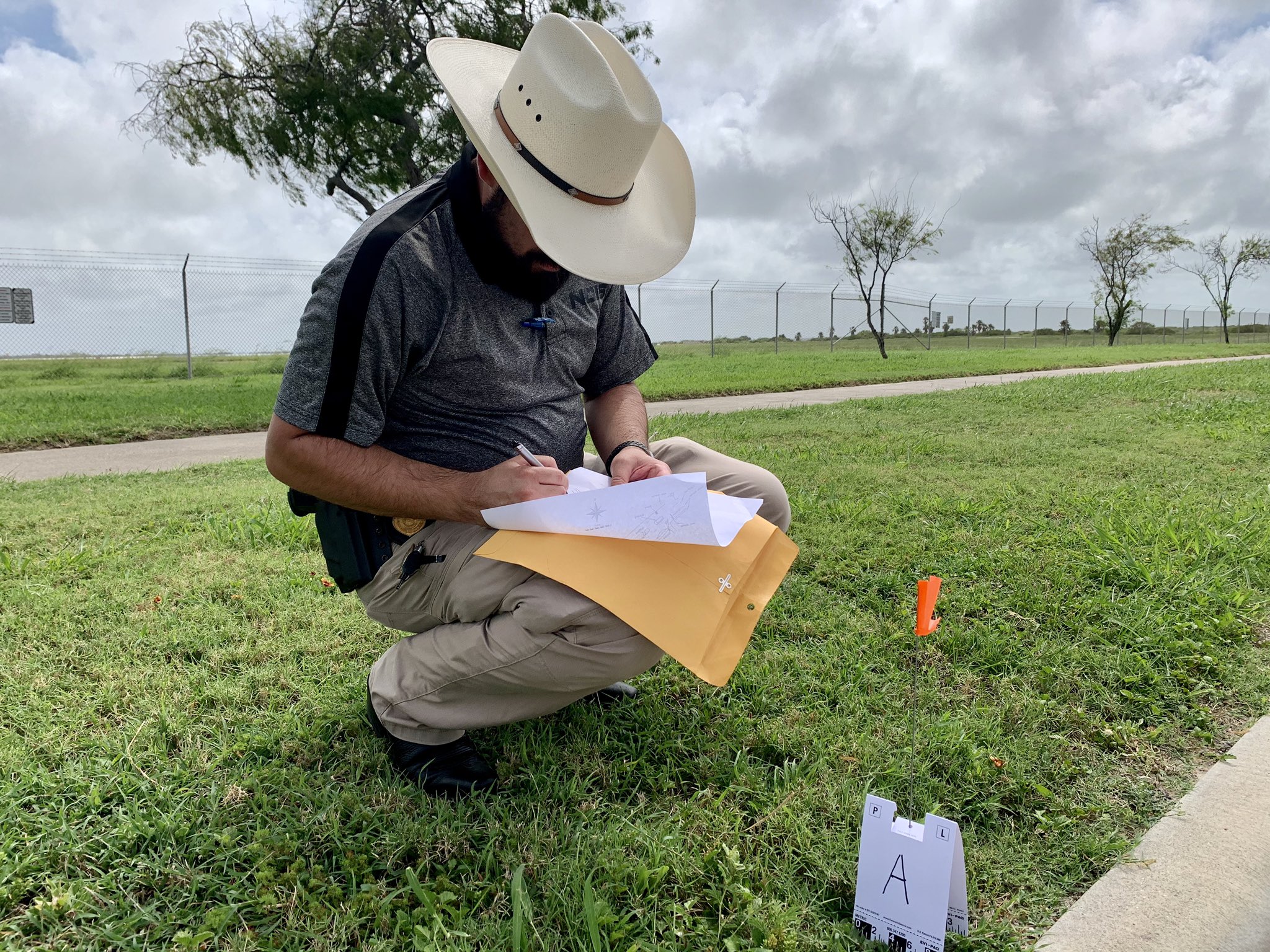 NCIS agents investigate the gun battle at the North Gate of NAS Corpus Christi, Texas, on May 21, 2020. NCIS Photo

This post has been updated to include an additional statement from the FBI.

The Navy is investigating the security force response to last Thursday’s gun battle at the gate of a Texas naval air station, Navy officials confirmed to USNI News on Tuesday.

In parallel to the FBI and NCIS criminal investigation into the “terrorism-related” gun battle at the NAS Corpus Christi North Gate, the Navy conducting a standard preliminary investigation into how the Navy Security Force (NSF) handled the attempted assault by now-slain suspect Adam Alsahli, 20.

The investigation is standard procedure following shootings and likely will not lead to a wider probe in the Navy Security Force response to the Thursday incident, two Navy officials told USNI News.

NCIS and the FBI have released few details of the Alsahli’s attempt to storm the air station. 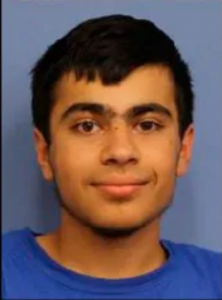 Reports say he attempted to drive on the base on Thursday morning, at 6:15 a.m. local time, but was stopped by an NSF sailor at a checkpoint. Alsahli allegedly shot the sailor and tried to drive on to the installation.

However, “she was able to roll over and hit the switch that raised a barrier, preventing the man from getting onto the base,” The Associated Press reported last week. USNI News understands that multiple NSF members fired at Alsahli.

The sailor who was shot was released from treatment on Thursday with minor injuries, Navy officials told USNI News.

Following the incident, the FBI took the lead role in the investigation after tying the attempted attack to terrorism.

Originally from Syria, Alsahli had made several posts on social media in support of groups like Al-Qaeda in the Arabian Peninsula, CNN reported.

“We have determined that the incident this morning at Naval Air Station Corpus Christi is terrorism-related,” FBI Supervisory Senior Resident Agent Leah Greeves said in a brief statement on Thursday.

After an initial suggestion that there may have been a second person of interest related to the attack, the FBI said Tuesday there was likely not one.

“While there was initial concern about a potential second person of interest, intense investigation leads us now to believe there was not,” the FBI Houston office said in a statement on Twitter.

Separately, the Navy also debunked a meme that circulated over the weekend claiming to show the female Navy Security Force member who was shot by Alsahli and then activated the barrier that prevented him from entering the air station.

The meme, widely shared on Twitter and Facebook, carried unconfirmed details of the encounter at the gate as well as a photo of a female master at arms and military working dog who were not involved in the incident.

“The young female Navy sailor on duty checking IDs was shot square in the chest with the pistol by the terrorist. Wearing a ceramic and Kevlar vest the bullet did not enter her body however the force knocked her to the ground. She was able to quickly regain footing and hit the emergency button to close the security barricade before the terrorist could pass through. She then, with great focus and purpose, unloaded her side arm at the vehicle killing the terrorist and saving unknown lives,” reads a May 24 version of the post on Facebook that was shared almost 48,0000 times as of this posting.

The post included details that have not been verified by law enforcement. No account says that the sailor who was shot subsequently killed Alsahli. The post does not include sources for the details. On Tuesday, the Facebook post was modified to remove the photo.

In a statement, the Navy said the sailor pictured in the post was not the one who was shot by Alsahli.

“A photograph was shared on social media that allegedly showed a sailor involved in the response to this attack. We can confirm the sailor in this photo was not involved,” spokesman Lt. Sam Boyle told USNI News on Tuesday.
“The personnel involved have not been identified at this point due to an ongoing investigation.”

USNI News independently confirmed that the sailor in the photograph left the service in 2017 and that her last duty station was on the East Coast. The status of the military working dog was not immediately available as of this posting. USNI News is not identifying the sailor in the photograph and is obscuring her image because she was not involved in the incident at NAS Corpus Christi and is not believed to have any role in disseminating the online post. 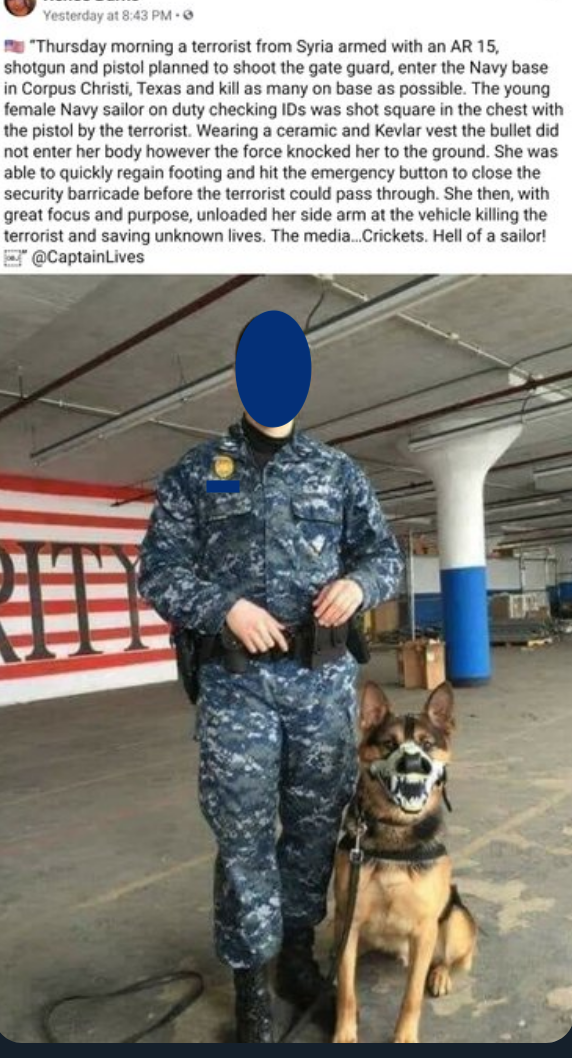 Last year the NSF at NAS Corpus Christi fatally shot Daniel King after he drove a stolen sport utility vehicle onto the base through an exit, according to KRIS 6 News in Corpus Christi. At the time, Navy investigators and local law enforcement officers did not have a motive for the King’s actions.