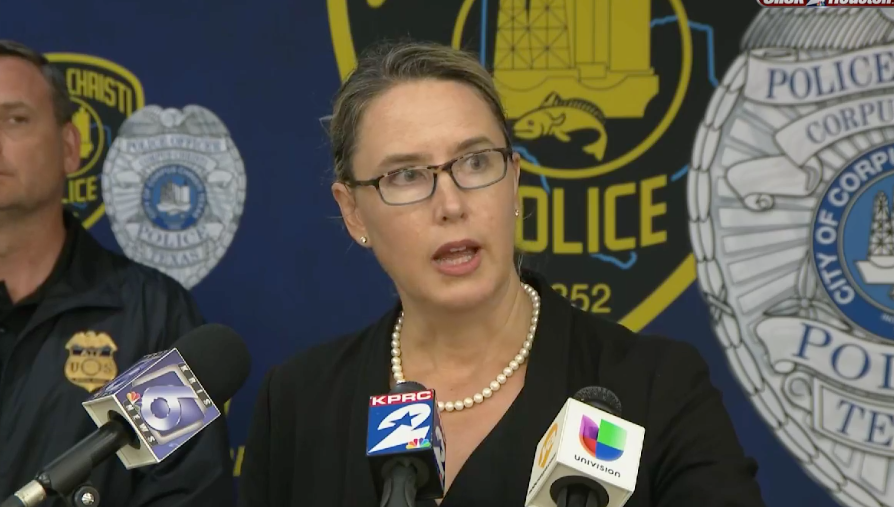 This post was updated with a map and statement from the FBI.

The FBI is investigating an early morning shooting at a Texas naval air station as an act of terrorism and searching for a second “person of interest” related to the incident, the agency announced on Thursday.

“We have determined that the incident this morning at Naval Air Station Corpus Christi is terrorism-related. We are working diligently with our state, local and federal partners on this investigation which is fluid and evolving. The subject is deceased. The scene is still being processed,” Supervisory Senior Resident Agent Leah Greeves said in a brief statement.
“We may have a second related person of interest at large in the community but we would encourage the public to remain calm.”

Earlier on Thursday, a U.S. official confirmed to USNI News the authorities believed a Navy security team killed an “Arab male” in a gun battle gate at the base.

Navy Security Forces responded to an active shooter at NAS Corpus Christi at about 7:15 a.m. EST resulting in the injury to the NSF sailor. The shooter was killed by the NSF team, the official told USNI News.

“One sailor attached to NAS Corpus Christi Navy Security Forces sustained minor injuries and was released from a local hospital,” the Navy said on Thursday afternoon.
“The installation has reopened with traffic flowing through the South Gate. The North Gate remains closed.”

Corpus Christi police said the incident took place at one of the air station’s gates.

In amateur video of the shooting published by KIII 3 News, about two dozen shots of small-arms fire can be heard around the North Gate of the air station.

According to a 911 call released Thursday, Corpus Christi law enforcement was alerted to an active shooter on base at Naval Air Station Corpus Christi during the morning commute. Based on video released, cars were lined up waiting to enter the base through the base’s North Gate when the shooting occurred.